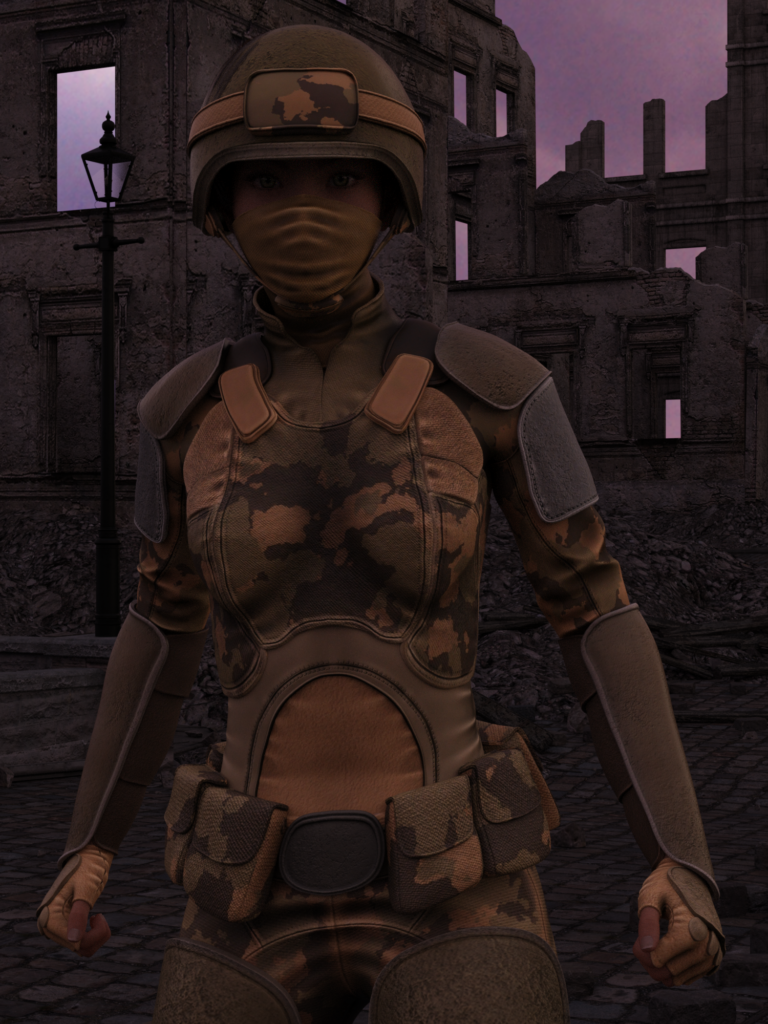 As with many totems their origin was not at first known but a hypothesis has emerged since the appearance of the Sky Gods. Their totems are thought to be the source of legends concerning Egyptian Gods. Theorists believe that all such “gods” worshipped in the the past could have simply been totem bearers. This would point towards Mei Xing having in her possession a totem in the form of a weapon which people who study myths suggest is the fabled “Sword of Ares”.

After the crashing had stopped, Mei Xing found herself in a pit underneath the floor and there thrust into the ground in front of her was what appeared to be an ancient sword. She had an interest in ancient weapons but why such a sword that appeared to be of Greek or Roman design was in China was a puzzle. Since the terrorists could be looking for her and she had no weapons, even an old sword was useful.

Whether it was due to her injuries or imagination she could not help but feel that the sword was talking to her, urging her to touch it. Reaching forwards she grasped the handle and then felt a power inside her like nothing she had experienced. At the same time the sword appeared to spew a silver like metallic liquid which flowed around her body and transformed her torn clothing into an ancient looking armour and at the same time repairing her battered body. A voice inside her head talked to her and compelled her to fight. She tried to resist its call but despite the surreality of it all, instead of trying to fight back against the urge Mei Xing became overwhelmed by need to head toward danger instead of away from it.

With her body repaired and filled with endless energy, and the voice inside her head spurred her onwards making Mei Xing march towards the terrorist camp. She still did not have a assault rifle but did not feel any concern. Scouts saw her approach and tried to take her out but despite appearances of being old modern weapons could not penetrate the armour that protected her. As bullets had no effect they tried to physically challenge her and their fury only seemed to invigorate her until she got bored and dispatched them with the sword. Their blood splattered over her armour made her want to get to the camp even faster and within ten minutes she had decimated it.

Once she started running though she could not stop. Though she tried to keep a low profile until she got answers Mei Xing found she was drawn to conflict and violence. The voice inside her head was the one thing she could never escape and its call tempted her to carry out acts of aggression.

In time magic users located her. Those that specialised in dark magic wanted her power for themselves whilst the users of light magic had been attracted by the combination of violence and magic. They had come as they thought that evil was afoot. When they discovered Mei Xing, for the first time she got the answers that she desperately needed for she found out she was joined with an active totem, a magical avatar of war and conflict. They also told her such a weapon was rumoured to have been used by an entity known as Ares – the Greek God of War.

Understanding that she was now losing her mind and the totem had very much a mind of its own though could not stop its ever growing lust for violence. Control seemed virtually impossible until it was suggested she seek sanctuary in a peaceful location which would nullify the totems power. Visiting religious retreats finally helped her to gain clarity and its was through mental discipline she was able to gain control over the totem that was trying to control her.

Once able to fight the totem with sheer will power, she chose to put the power to good use and chose the name Odachi, in a bid to distance her from the true nature of the weapon. Ignoring the voice of the weapon though only meant she lacked her full potential due to the conflict of wills between her and the Totem. She sought guidance from magic users but they could only encourage her to embrace the totems nature when needing to use its power and thus instead of being two parts fighting each other and the enemy she became a single fighting entity. With that she took the name Ares

Though an unbeatable fighting force for good, Mei Xing tries to avoid assisting other heroes for fear she can lose control. She therefore is a reluctant hero but a hero all the same and whenever she is not longer of assistance she heads for a peaceful location.