Blinder – One Flash of Light and She is Gone 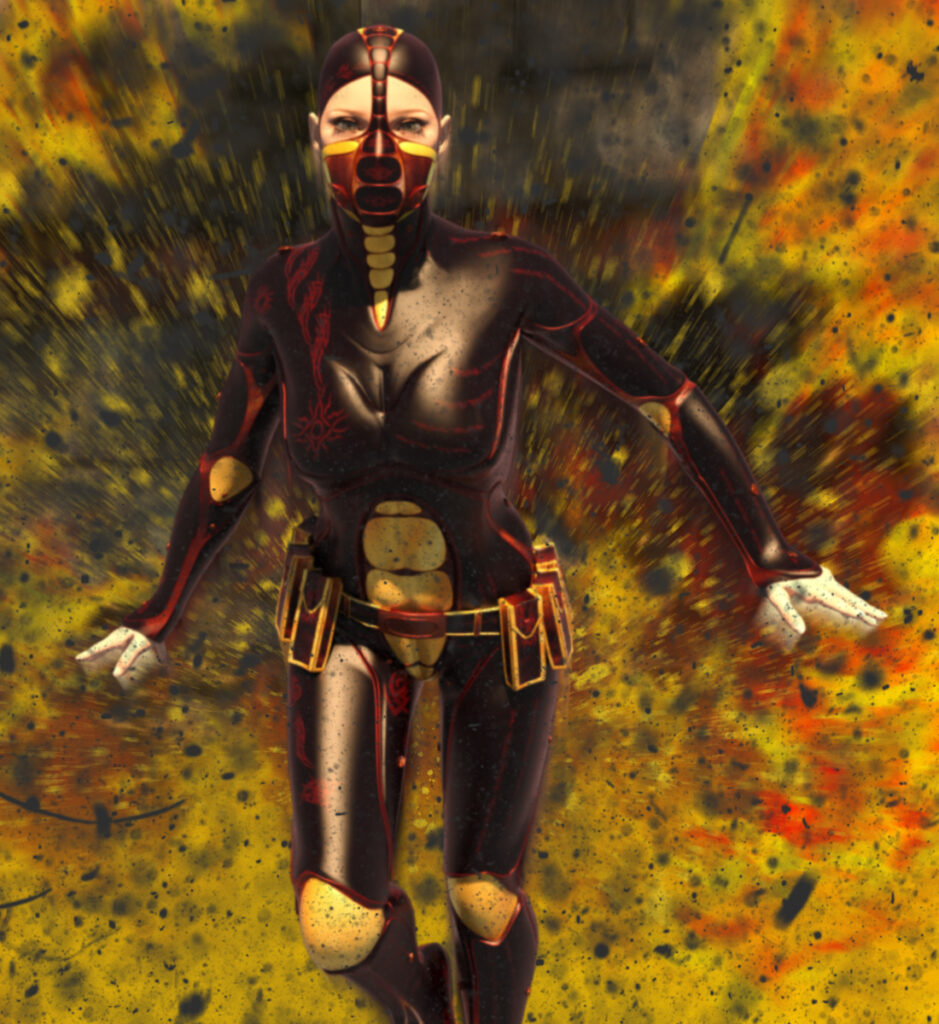 Able to turn any object into a bomb few, Blast Zone is practically a one women mobile war zone.

Whilst many would regard Elise Renard as a demolition expert due to her ability to charge object with energy and make them explode, when it comes to hiring herself out she has proved quite adept at performing a variety of roles both on her own and as part of as crew. Typically Alpha Superiors that are good at destruction usually have no finesse when it comes to using their abilities. Elise is different for she can charge any object from a pape rclip to a large building support.

Consequently CLEA has linked her to safe cracking, sabotage, attempted murder, property destruction and many other crimes. As well as using her abilities to complete the job she has been paid to do, Renard is quite accomplished at defending herself from outside interference. On a number of occasions CLEA has thought they have her cornered she has blown up various obstacles (sometimes the officers own cars). Even Alpha Heroes do not take the threat she poses lightly as she has bested them a few times. To add insult to injury on the one time CLEA did capture her inadequate precautions were taken and she was able to escape their custody by blowing up the prison transport.