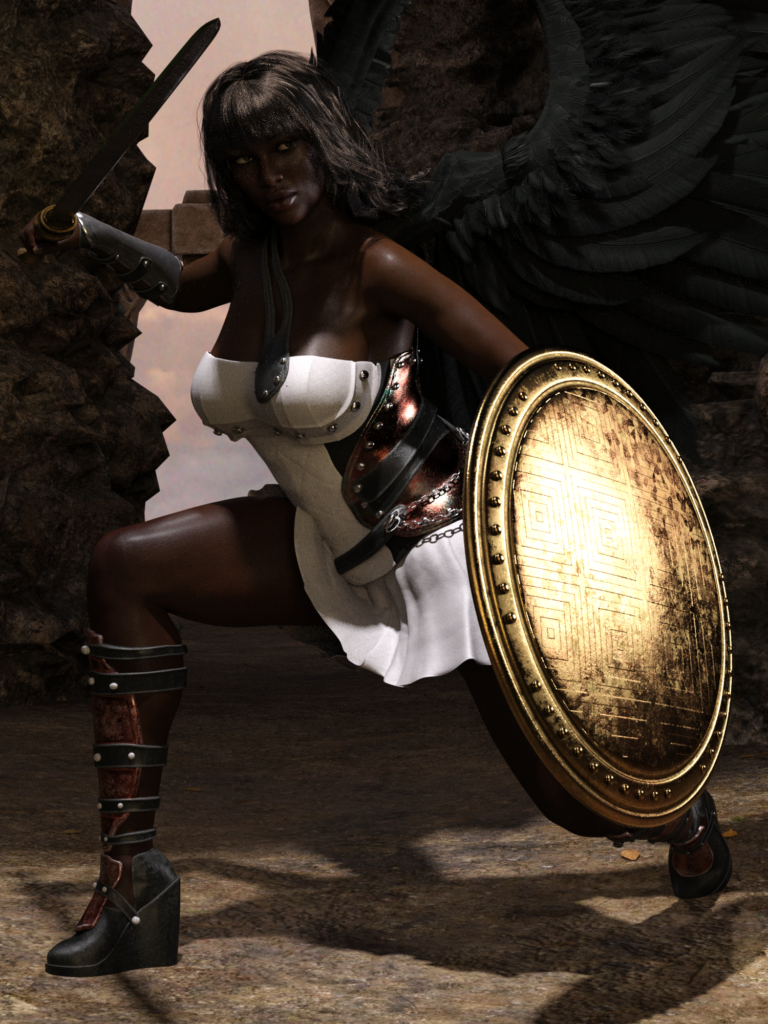 Miriam is another Angel known to frequent the mortal realm. Despite looks she is quite old by angel standards and was a survivor of the last war between the Light and Dark Realms. Despite the agreement put in place to maintain peace between the realms, she is highly resentful of Demons and despises the fact that they frequently use “deals” as a loophole to avoid repercussions.

To this end she has chosen to visit the mortal realm and deal with “evil” threats on her terms, despite the fact she risks igniting a war between the Realms. One one occasion she was caught by the Archangels and had her power removed for two centuries of punishment. The idea was that she would use the time to reflect on her actions. However once her power was restored she was more determined than ever to deal with the Demonic menace in the Mortal Realm. The only real change she made in regards to her actions was that she had learned how to become more careful to avoid detection.