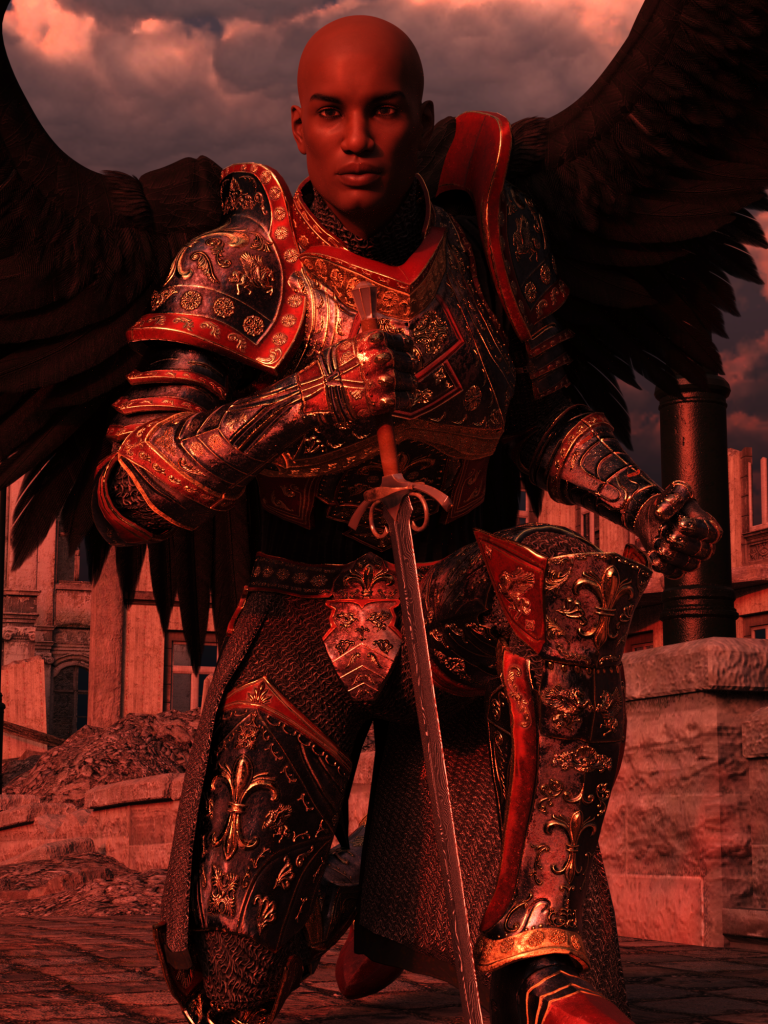 Othniel is a Death Angel whose primary role is to ensure specific good souls enter the Light of the Realm. To do this he will enter the mortal realm and take the soul of a mortal close to death and then escort the soul in the spirit realm to the Gatekeeper. Such an individual might have had a trouble past but chosen to embrace good and make amends before death.

With the presence of darkness in his or her soul, the Gatekeeper might send the soul to the Realm of Darkness but the mere presence of an Angel will “cleanse” the soul and ensure the Gatekeeper “sees” the soul as “good”. Death Angels by their action are a source of annoyance to Demons since many claim they cheat the system. On balance though Demons frequently cheat the system so whilst the potential for conflict can rise in the presence of a Death Angel no side has ever gone to war over the actions of one.

Primarily this is because Death Angels only take action if they have “seen” some sort of imbalance, whereby they were destined to go to the Light Realm but the Gatekeeper will send them to the Dark Realm due to the presence of Dark Energies. Such a case might be a “Pure Blood” mortal who has been stained by a Demon or a Demon’s minions trying to corrupt them. Though they may have resisted corruption they will be surrounded by a residue Aura of darkness. To ease suffering and prevent the individual from succumbing the Death Angel will release them from the Mortal Realm whilst at the same time remove the darkness that is attached to them.

Othniel is one such Angel, but has a different agenda in the Mortal Realm. Having grown tired from the games Demon’s play he had chosen to take action of his own. As he can “detect” death he has chosen to use this as a means to inform mortal Magic Wielders of potential Demonic activity. Always careful to avoid the gaze of archangels and to resist taking “direct” action has meant that Demons have no proof of his activities other than hearsay. This means neither the Light or Dark realms can actually punish him.