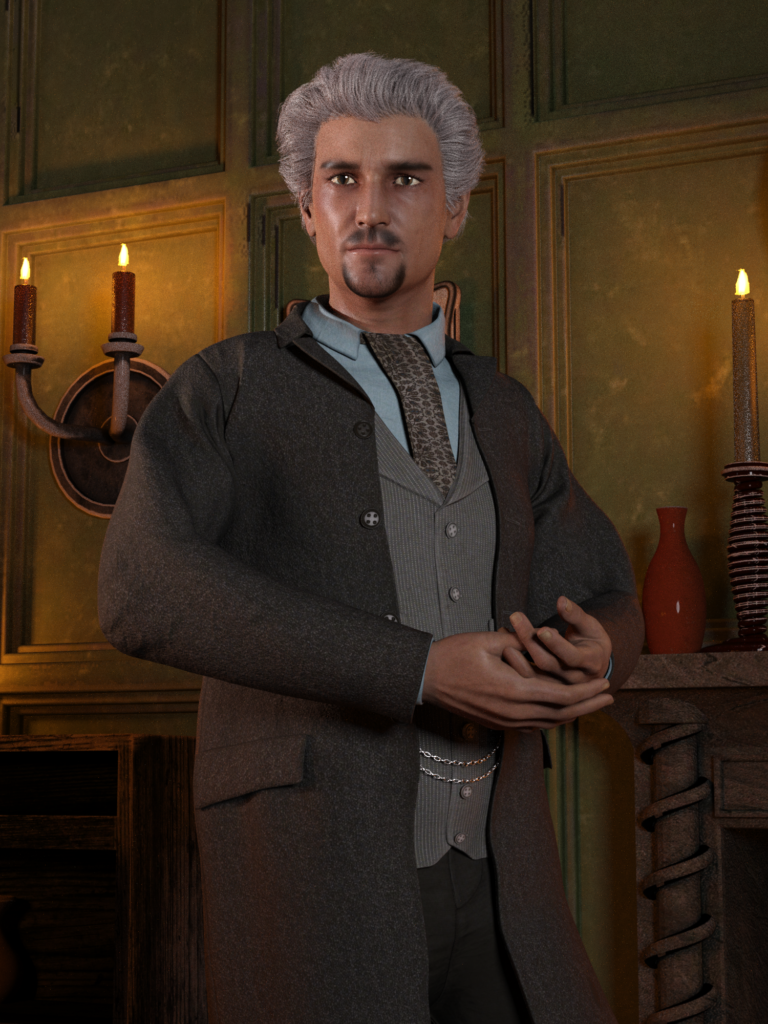 Though Alfred and Viktoria are regarded as the Vampire Elders of the Orlov Coven, in truth Alfred in the one in charge. Turned in a time period where women had little rights he has kept that view over the centuries. Once he became an Elder, he knew he had to take a wife as was deemed necessary in vampire society. No coven had ever survived on a single Elder. Alfred therefore chose to promote a female he liked from the Coven’s lower ranks.

Natasha at first was prepared to followed his lead and do as she was told but as she adapted to her role as an Elder she started making decisions regarding the coven as a whole. In every other coven, such an act was perfectly natural but Alfred felt like she was usurping his power. Though in becoming an Elder he had vowed to share power he had no plans to actually commit to the tradition. Over time he decided to oust Natasha by appointing people loyal to him in the higher coven ranks.

Once everything was in place he produced fabricated evidence that Natasha was guilty of exposing the coven to outsiders and becoming a threat. As per vampire law she was to be sentenced to death. However Natasha had her own friend that extracted her before the sentence could be carried out. Once free she wanted revenge and so formed the renegade vampire group.

If Alfred though getting rid of Natasha would secure him the position as sole leader of the Coven he was very much mistaken. The Elders of the other Covens learned about the scandal involving Natasha and were not certain of his version of the truth. They warned him that if he refused to establish a balance by having a female Elder then they would remove his position for him.

It had never been known for Elders of other Covens to enforce this law since it had never been needed. Though Alfred could have refused he knew that the outcome would be a civil war as the other Covens claimed his territory. The chances of the Orlov coven surviving was limited. Since being killed was a strong possibility he did as they had asked and took on a new wife, Viktoria.

This time he took her from the bottom level of coven hierarchy and hope she would simply be grateful of her position. So far that tactic has worked and she has been loyal to him. This not only restored stability to his own coven but also vampire society as a whole.