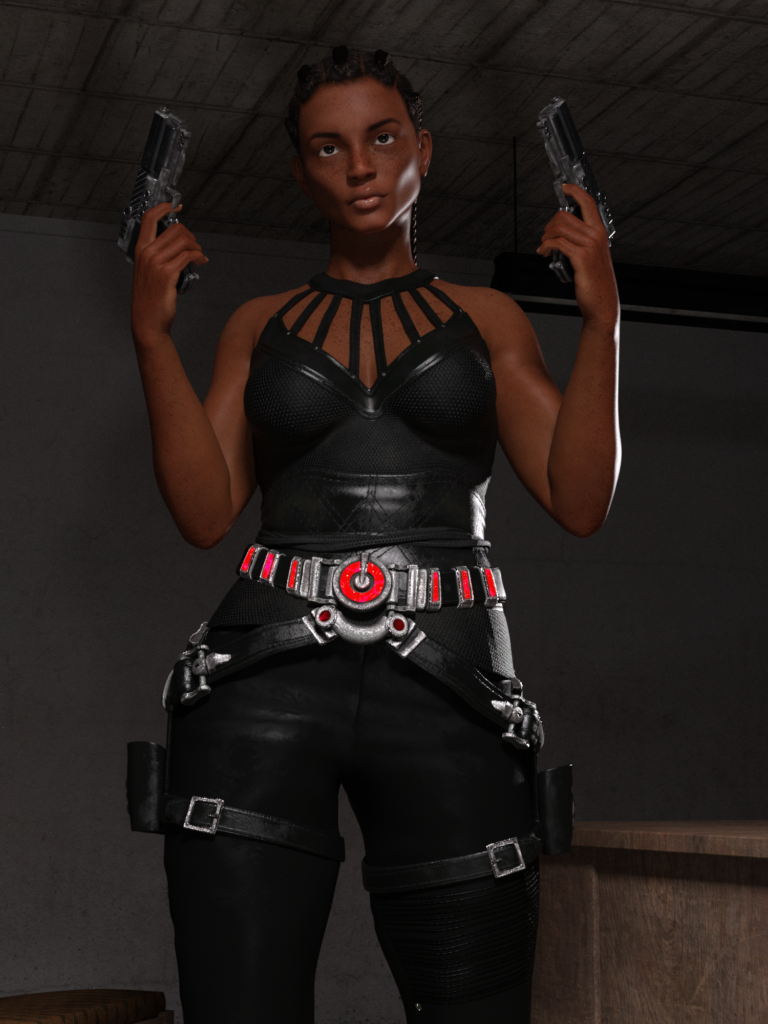 Whilst in school Ruth was always getting into fights and showing a lack of discipline. With zero career prospects it was suggested by her parents to join the armed forces in the hopes that she would learn to become a team player and bring some order to the chaos. She joined the marines, not because her parents wanted it though, but because there was little else for her.

At first she seemed to calm down and training seemed to stabilise her life but over the course of a few years her rebellious nature resurfaced. This culminated in her killing her commanding officers after being sent to a trouble spot. She disagreed with order being given and he threatened her with insubordination and a court martial so she snapped his neck and went on the run.

In a warzone it was easy to get away, and for a while she took on a career is a mercenary before deciding to return home. Wanted for murder and hunted by the military police she was hounded everywhere she went. To stay one step ahead of them, everywhere she went she left a trail of destruction. If she considered someone a threat she got rid of them

It was that sort of notoriety that Big Ron wanted in his criminal empire. He figured Ruth could instil fear in his enemies but tracking her down was tricky since she killed anyone that got to close. Eventually he managed to make contact, on the third occasion, and offered to use his contacts to keep her “hidden” if she worked for him. Tired of having to run she accepted and became a member of his cartel operating under the name “Anvil”.