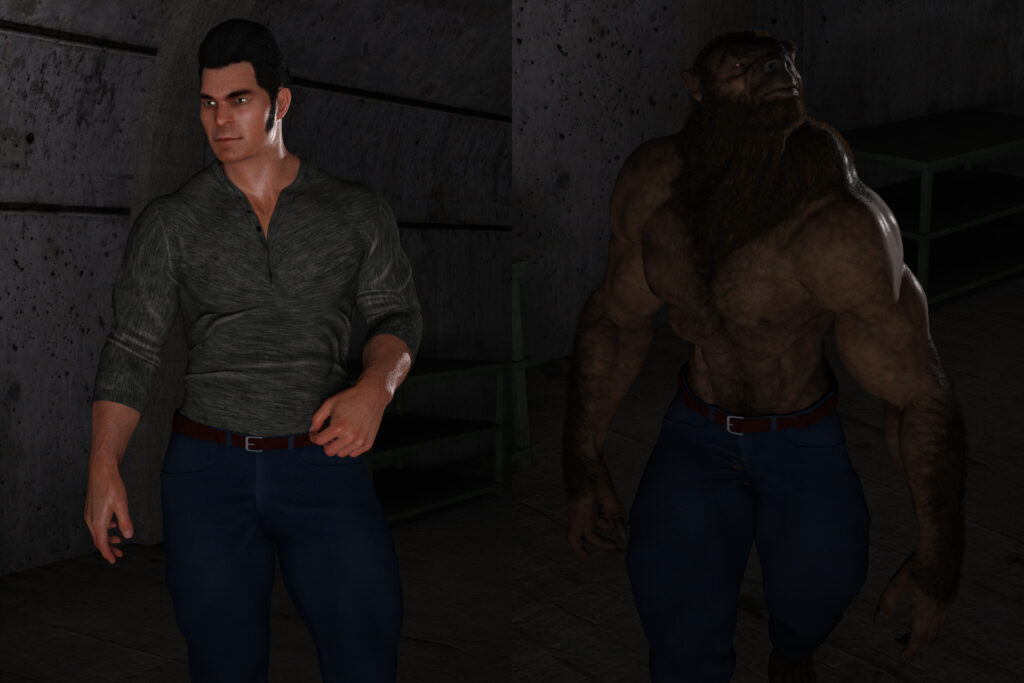 Despite his size, Ash Fang is considered a gentle giant, even in his animal form. At one time he was the Alpha of a Pack living outside Pacifica. After he had heard of rumours of another Alpha, Moon Claw assisting the law, he decided to do the same figuring the best way to protect his Pack was by eliminating trouble causers amongst his race.

As an Alpha his first obligation is to the Pack but during periods when the group is stable he felt able to make himself available as a vigilante. In time though his enemies learned to attack him indirectly by going after his Pack as a means to get to him. Whilst he thought he could rely on the fact they group could perhaps protect themselves without him in the long run he felt it best if he stood down as Alpha and distance himself.

Unlike Moon Claw who is both a vigilante and an Alpha Pack leader, Ash Fang no longer has the safety of a Pack. However he is not necessarily alone for over the years he has made temporary alliances with hero groups and this found new packs to run with.