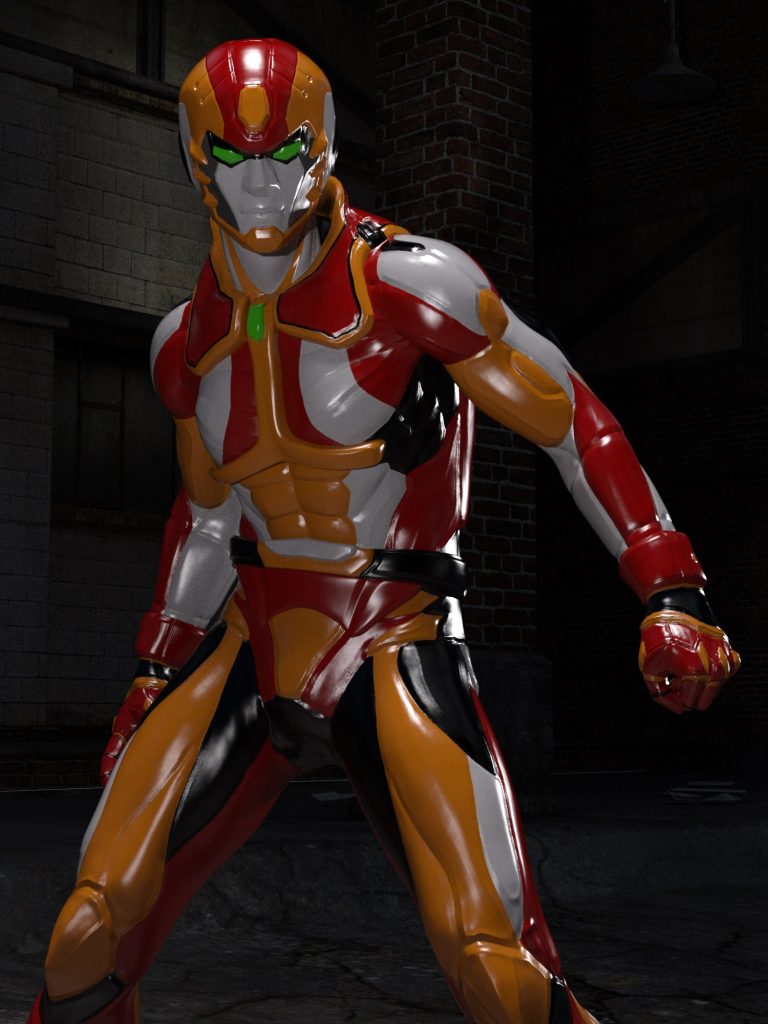 There have been two operatives working for Zorn using the code name Barrage. CLEA believes that the first one died and has identified the new one as Joaquin Perez. Though he wears the same outfit as the first Barrage, Joaquin has different abilities. The original had the means to shoot intense bursts of plasma hence the code name. Joaquin instead can transform into a  non-corporeal version of himself and pass through solid objects. Whilst that is not in keeping with the code name  “Barrage” since the outfit  remained the same CLEA chose to simply keep it.

Like a lot of Zorn’s creations it is almost certain that Joaquin’s abilities are not natural and were given to him. Whenever his suit is damaged in confrontations he appears to have problems stabilising between a solid and ghost form which seems to indicate that the suit has been equipped with some sort of stabilising field. CLEA also speculates that Joaquin’s mind has been tampered with to make him loyal.