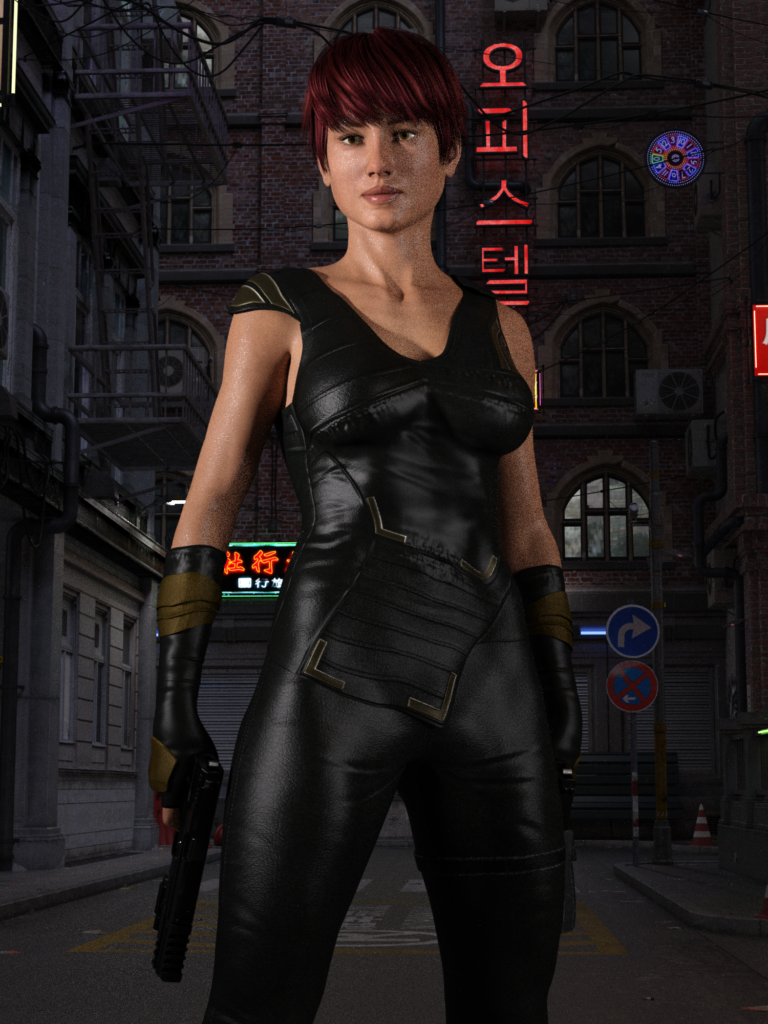 Despite all their power and assets at their disposal the four crime bosses who run the syndicate are not invulnerable. By the nature of their work they have gained many enemies, all of which would prefer to see the quartet eliminated. Joseph Voodoo was the first to realise that at a personal level he was not very well protected. An unsuccessful assassination attempt was enough to prove that. He therefore decided he needed someone to protect him and carry out personal “tasks” for him.

Deciding who to hire though was a problem so Voodoo decided to give the job to the person who could eliminate the assassin that had tried to kill him. Of all the people that took on the task it was the Black Mamba aka Karina Esposito that succeeded in the end. She had once worked as a government wet work operative and had become disillusioned with her masters. After she had tried to quite her job they had tried to kill her but they failed and Karina went dark.

Now regarded as a criminal by her own government Karina did not have a problem acting as one. When Voodoo put up his “challenge” to the criminal community she felt that was her way forwards and her efforts were rewarded by becoming his personal bodyguard and trained killer.