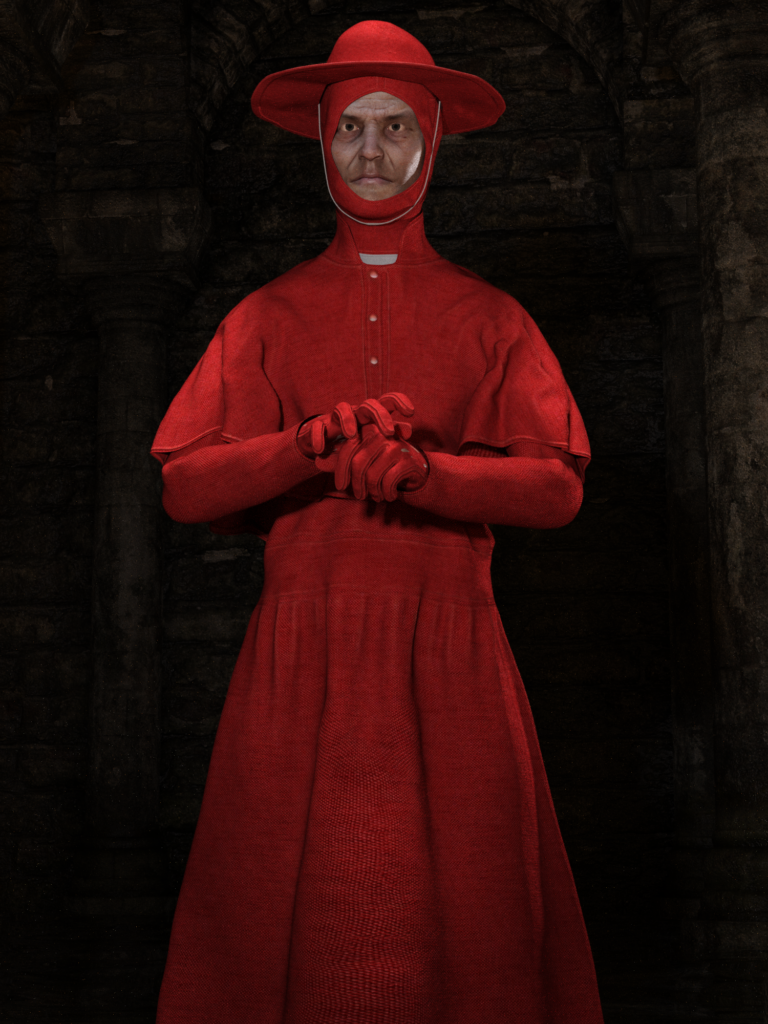 The Blood Abbot is the leader of the Church of Tazael, a religious cult dedicated to following the demon Tazael. All the Abbot’s have come from the same family line, a result of a deal with Tazael going back seven generations.

According to legend Arthur McLean was suspected of murder and was due to be executed. He was approached by Tazael who made him an offer to save his life in return for his services and his soul. Though he was facing death he was not prepared to hand over his soul to her, so like most Demons she appeared to compromise. So long as his family worked for her and did as she wanted she would not claim their souls but should they choose otherwise then they would forfeit their souls to her. He agreed to this, not realising that this was Tazael’s actual plan all along, to ensure her contract never ran out.  After signing Arthus wanted to know why she actually needed a mortal’s help.

It was then that Tazael revealed that she had found a way of collecting souls through the use of proxies. To create such a thing what was needed was someone pure of heart. After drinking her blood that person would become an extension of Tazael and kill in her name. Anyone they killed would then be tainted so the Gatekeeper would have no choice but to send it to the Dark Realm where she could claim it. The problem for her was she could not create the Soul Hunters since if she took direct action in the mortal realm she would break the agreement with the Angels and start a war. This was why she needed Arthur to do her work for her. One of the most important tasks he to do was learn dark magic in order to be able to “alter” her blood. Pure Demon blood would kill a human but blood altered by magic, specifically, mortal magic could change the properties and this allow it to be consumed by humans.

The fact that Arthur did not need to kill anyone directly but merely capture victims and turn them into Soul Hunters meant he could distance himself from death, and ease what little conscience he had.

Arthur found as a loner he would have problems fulfilling the task alone, even after being trained in dark magic so he gathered others and over the years this became the Church of Tazael, a religious cult dedicated to Tazael.

In each new generation of the McLean family the current Abbott trains an heir to ensure the role is never left broken. Training begins at an early age as it takes years to learn all the necessary magic incantations needed to lead the Church and create Soul Hunters. This means that most male members of the McLean family are highly skilled with dark magic.

Gerard McLean, the latest Blood Abbot, is no different than his ancestors. Highly skilled with dark magic, he’s managed to escape justice as other members of the church will take the fall for him. Since he does not personally kidnap victims he cannot be linked to that aspect either.

Getting people to join the church usually has to be done without some sort of enticement and Blood Abbots have learned that the best way to do this by finding vulnerable and desperate people and offer to teach them dark magic as a means to solve their troubles. For him to teach them, all they need to do is pledge themselves to the Church. Obviously the Blood Abbotts only teach basic dark magic skills since they do not want to be put in a position where they can be challenged by their own subordinates.