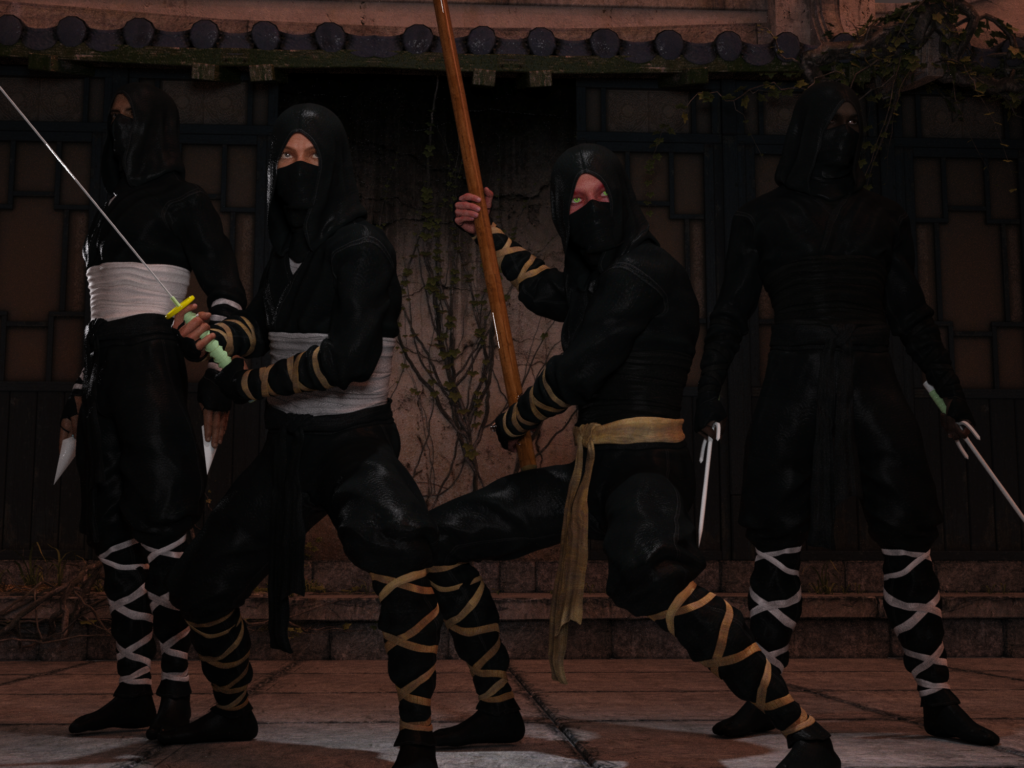 Like the other assassins groups of the Twelve the Blood Goat are named after one of the animals that make up the Chinese Zodiac. Unusually each member of the team is name after a period of time relating to one day. The relevance of these “codenames” is unknown.
Due to their nature as with so much regarding the Twelve, CLEA has very little intelligence regarding this team. It would appear from their clothing and choice of weapons that the Blood Goats embrace a more traditional “Ninja” philosophy. The lack of armour suggests that the Blood Goats rely on stealth and supreme skills to get in close and eliminate their targets before they have a chance of defending themselves. This would indicate that the team would commit themselves to an assignment and plan for any forceable problems. Retreating is thus not an option.Save