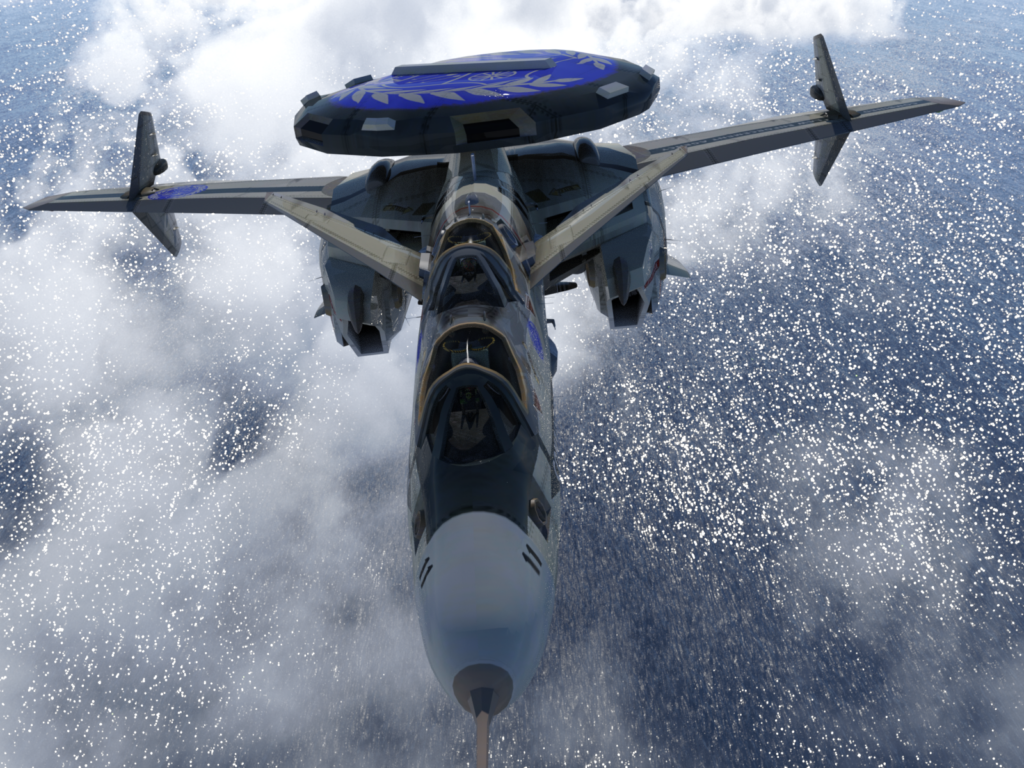 The VGB-16B is the Airborne Early Warning and Control  (AEW) version of the  successful VGB-16A  Naval bomber design. Early in development of the 16A, Booker Aircraft Industries realised that without a large central vertical stabiliser their design could comfortably carry a radome on top in the large open area between the twin wing mounted fins. The type flew mere months after the bomber aircraft and it was in envisioned to sell and produce both types at the same time.

CLEA bought the 16B aircraft to primarily serve on strike missions. Under the organisation’s designations the type was given the name “Heimdall” from Norse mythology. The sole aircraft differs from other 16B’s in use with other airforces in that as well as being modified to work with the “smart suits and helmets” used by the Arrowhead strike team, the electronics package in the radome have also been changed.

Though the exact changes are classified it is believed that as well as normal AEW operations the Heimdall can also be used to jam radars, disrupt enemy communications and disable certain types of electronic devices.