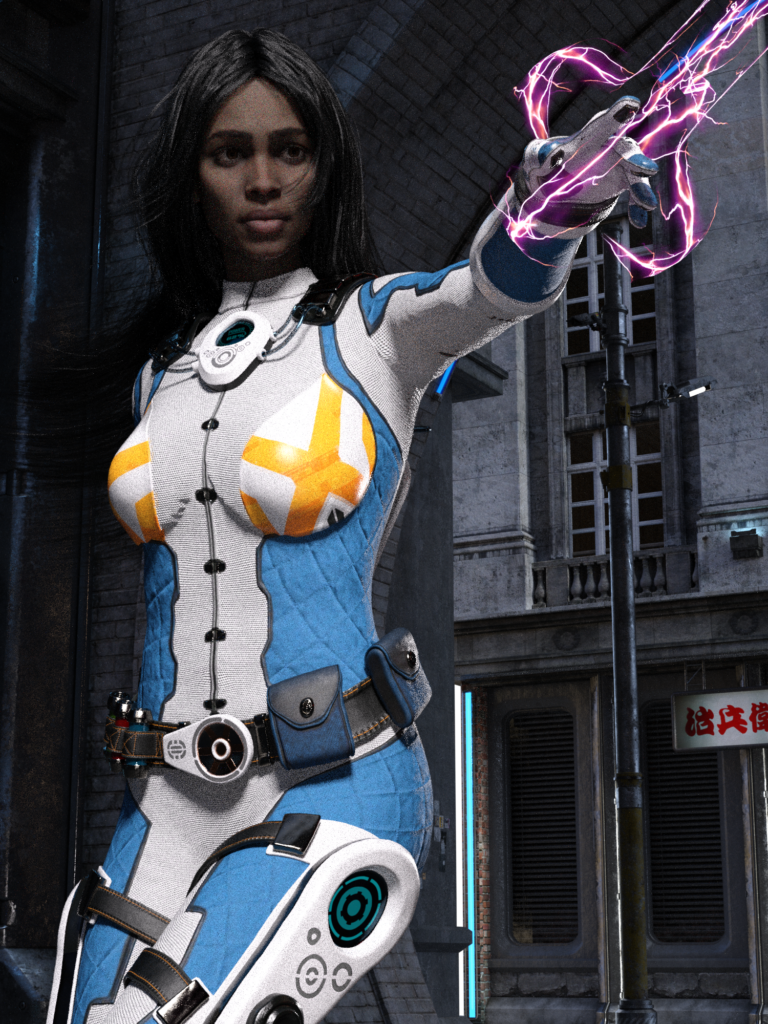 At an early age, Kimberly’s parents suspected their daughter was an Alpha since unlike “normal” children she never got ill. To this end when she was seven years old they sent her to a private clinic and had their suspicions confirmed. Since most Alpha inferiors never transitioned status and became Alpha superior her parents decided to keep the knowledge a secret so she could grow up without either feeling different or have others treat her differently. They were aware that there was always a chance she could become an Alpha Superior (since the change occurred at random) but felt the odds were in their favour.
Upon reaching her eighteenth birthday her parents finally decided it was time Kimberly knew the truth. Though she was upset she had not been told sooner she always suspected something was different about her, so the initial shock was as bad as her parents had feared. For short time after this she became transfixed with what might happen if she ever became an Alpha Superior but since that was a rarity and no a guarantee, the passage of time would eventually bury such thoughts to the back of her mind.
Then when she was twenty two, she got a mysterious illness which gave her a period of light sensitivity and itchy skin symptoms that pointed towards her changing from an Inferior to Superior. She was well aware of what was happening but when she did not gain any “super power” at the end of the illness she was totally confused. Though she knew Alpha abilities needed to be “triggered” for the first time, she had come across several situations that she believed qualified as trigger events and nothing had happened.
By the time another couple of years had passed she had come to the conclusion that her “illness” had not in fact been her transition to superior status but had been something else entirely different, not that she had any idea what that could have been.
The event that changed her relatively normal life was when she found herself caught in a clash between Alpha superioers when Impact and Prowler went after the MacKenna Twins who had tried to commit a robbery. Though the pair of heroes normally only “worked” at night, the fact that MacKenna twins were daring to pull off a crime on their territory had made them react accordingly leading them to take action “out of hours”. Like in most incidents involving battles between Alphas the police quickly arrived to try and cordon off the area. Kimberly was in amongst the onlookers and after the MacKenna’s morphed into “Power of Two” they grabbed hold of Prowler and threw her into the crowd to create mayhem and keep Impact off guard.
The instant Prowler barrelled into Kimberly a burst of energy erupted from her body and struck the cat like fighter. The crowd upon seeing this immediately gave Kimberly a wide berth but in the confusion Prowler, Impact, the Power of Two nor the police had seen what had happened. A moment later Prowler was up on her feet and with a seemingly in exhaustible supply of energy began running rings around Power of Two displaying feats of agility far beyond the normal scope of her abilities. Power of Two, taken by suprise quickly fled.
With the incident over Prowler and Impact also left and the police were left to disperse the crowd. Afterwards the pair of heroes reviewed the news footage of the battle since Julie could not understand the “rush” she had experienced. Whilst Dexter thought her remarkable fighting skills had just been down to adrenalin, Julia was convinced her increased ability had been caused by an external source. Looking back at the video the pair noted that at the point Julia had been flung into the crowd there had been a mysterious blue flash. This was then narrowed down to the exact moment Prowler had come close to a young black woman with long black hair, the burst of energy seemingly being emitted from her body.

Convinced the woman on the footage was unaware of her talents due to her reactions or lack of them the pair set out to find her. Julia already knew their target was an Alpha superior for like any other Alpha she could track Kimberly via her psychic ability. After something of an “exciting” day the last thing Kimberly wanted to see on her doorstep were Impact and Prowler. Even worse was the moment the three of them came into close proximity in the hallway and both Dexter and Julia suddenly noticed a visible aura of energy appearing over Kimberly’s body. This gave the heroes a clue that Kimberly somehow increased their abilities.

Whilst they had only wanted to meet Kimberly and inform her of what they had learned Dexter was now concerned that if Alpha Criminals learned what she could do then her life might be at risk. Whether she chose to use her gift as a hero or not he felt she would be a target as she was an asset to all Alpha Superiors. He suggested she come them and they could protect her but she refused as she wanted her ordinary life. However having been caught on camera it was only a matter of weeks before the rumours and speculation began to spread around the criminal community leading to the wrong people come looking for her. In this case it was members of Chaos. She was not at home at the time and after learning about her lucky escape she decided to accept Impact’s help.

With players as powerful as Chaos showing an interest Dexter had to admit he would not be able to protect her even with Julia’s help so instead he helped Kimberly make contact with the Phoenix Alliance.

With experience Kimberly learned that she could control if and whom she boosted with her gift. Despite this she is aware that Alpha Villains would use any number of methods to force her to co-operate with their plans. Being vulnerable on her own she thus chooses to more from one hero/group of heroes to the next. Not only does they gain a valuable asset in the fight against crime but she gains protection in return.