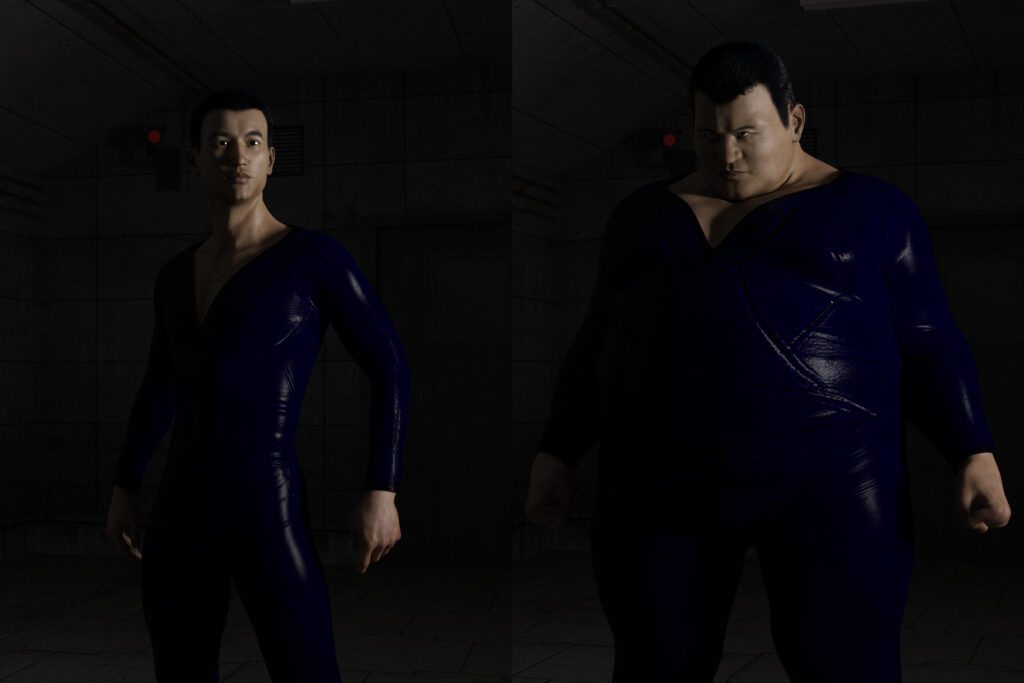 Very early on in his life Itsuki was discovered to be an Alpha Inferior. Growing up he almost hoped he would transition and become an Alpha Superior despite the fact that the chances of that happening were very rare.

Luckily for him he was one of those that became an Alpha Superior, only when he discovered that he simply transformed into a huge version of himself, Itsuki was very disappointed so much so that he chose never to use it as he saw no point in his alter ego.

His whole life though would take a dramatic swing in another direction when he happened across a building on fire. Downtown traffic had stopped in New Tokyo due to the blaze and so in a bid to get home quicker he had got off the bus and chosen to walk home. As he got close to the fire and the police cordon he could hear fire officers stating that there were officers trapped in the ground floor after the upper floors had collapsed. At that moment they had no way of getting them out due to the debris.

Hearing this Itsuki got to wondering whether his monstrous form could be of use. He tried to speak to the fire chief but a police officer stopped him as he crossed the line. This actually annoyed Itsuki and in that instance he activated his Alpha abilities and threw the officer off him.

After noting the area where the officers were trapped he charged full pelt into the front of the building and succeeded in smashing a hole straight through the wall. Once inside he used his great strength to force debris out of the way and cleared a swathe. By now other officers had seen his actions and made their way in.

The trapped officers were successfully extracted but after Itsuki had made it out he remembered very little. When his eyes opened the next day, he found himself under a police evidence tent. He was still in his huge form so make the transition back just as the fire chief entered. Though he thought he was stupid and reckless for entering the building, he told Itsuki that the bravery he had shown had no doubt saved the officer’s lives. Unfortunately after he had collapsed, nobody could more him let alone get him into an ambulance, hence the tent.

Hailed a hero of the day, Itsuki now realised that his previously “useless” ability actually did have a use after all. Now with a new found confidence he started doing heroic deeds starting of with rescues but in time he started to find he was equally good as a crime fighter and chose the name Boulder Dash.