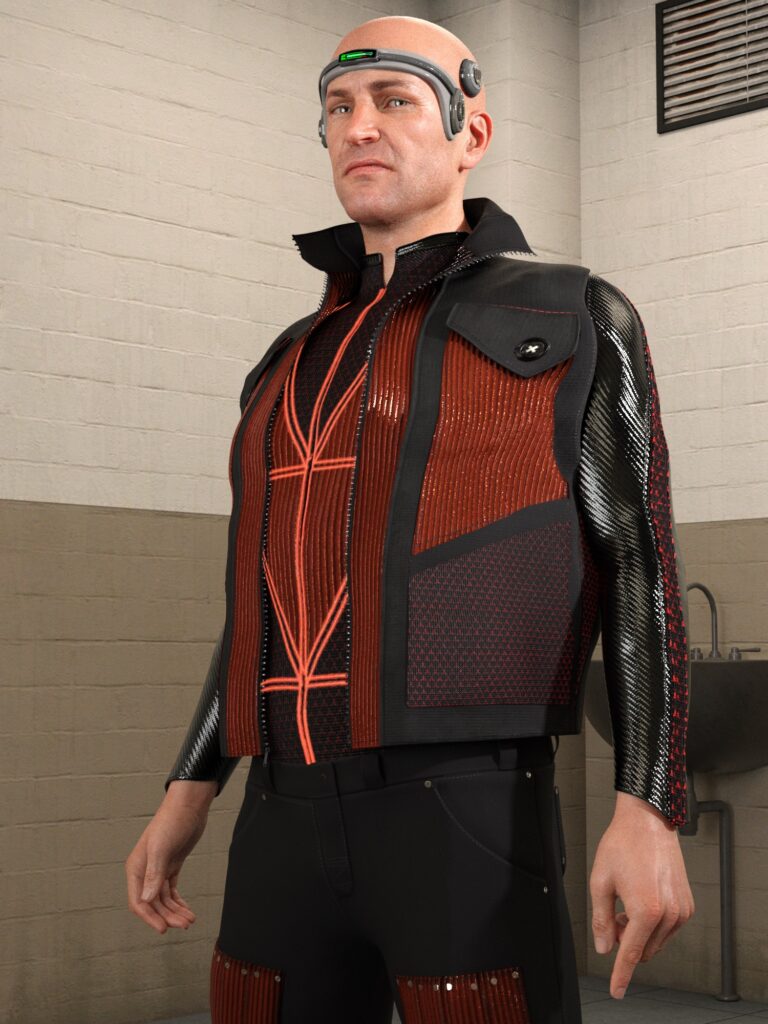 If ever there was proof that a person could be greater than the sum of their parts then Seamus MacAteer proves it, although in his case he is greater than the sum of his “minds”.
Thief, blackmailer, mercenary, robber, murderer are just a few of the crimes known to have been committed by him and he is best described as a riddle, wrapped in a mystery inside and enigma due to the fact he has no history. Even his “his” real name is probably an alias as well.

About the only thing the authorities around the world knew for a while about the man known as “Brain Jack” was that he seemed capable of performing any crime to such a specialist level that he was almost unstoppable, and that was down to the fact he seemingly could learn any criminal skills at random and possessed an above average intelligence.

CLEA became interested in Seamus, not only because he was an international criminal but also because they beleived he was an Alpha. The actual truth of his abiltiy to learn new skills though was discovered to be down to the usage of technology and this was only revealed when police in Europa managed to corner him and arrested him.

After they removed the device from his head Seamus seemed to take great delight in telling the interviewer that five innocent people had been killed but would not explain why.

Later on when the device was tested it was found to have a radio transceiver and using this the authorities were able to locate where the signals had originated and found five bodies in what were best described as sleep chambers. Each of the victims had a similar unit on their heads and scientists would later deduce that the units linked Seamus’s mind to theirs. This was how he could gain instant knowledge and skills for he simply borrowed the information from somebody else’s mind. Severing the connection at Seamus’s end had thus created such a shock that it had killed the five people.

Other than what he had said in the interview Seamus refused to reveal anything else and clearly without the minds of the other people his IQ had been reduced to that on an average person. That led the Europa police to deduce Seamus had not created the device himself but had acquired it by other means but he would neither deny nor admit to that, further adding to his mystery.

The Magistrate’s court in Europa sentenced Seamus to a thirty year sentence but during transport to prison the convoy was attacked and he escaped. Then a few months later he had the audacity to break into the compound where “his” device was being stored and steal it back.
The tech he used to do this was greatly advanced and the Europa police believed he had created this some time earlier in case he was ever caught. Further investigation revealed two years before his arrest five scientists had been kidnapped and returned unharmed. No connection was made to Seamus as the time but the disappearances did occur at a time when he had stopped being active for a period. The tech he used to escape bore signature work of each of the scientists so it was not illogical to assume he had “borrowed” their minds to give himself an exit strategy.

Having escaped and making it clear people would die if they tried separating him from his headset has since given Seamus a further advantage for he knows that police or CLEA have to be very careful when dealing with Seamus and have their hands very much tied in most situations.

When dealing with Seamus or “Brain Jack” agents have been advised that they cannot remove the device from his head, nor can they damage it. The key to defeating him is down to locating the hostages he is using to give him his intelligence and skills a boost.