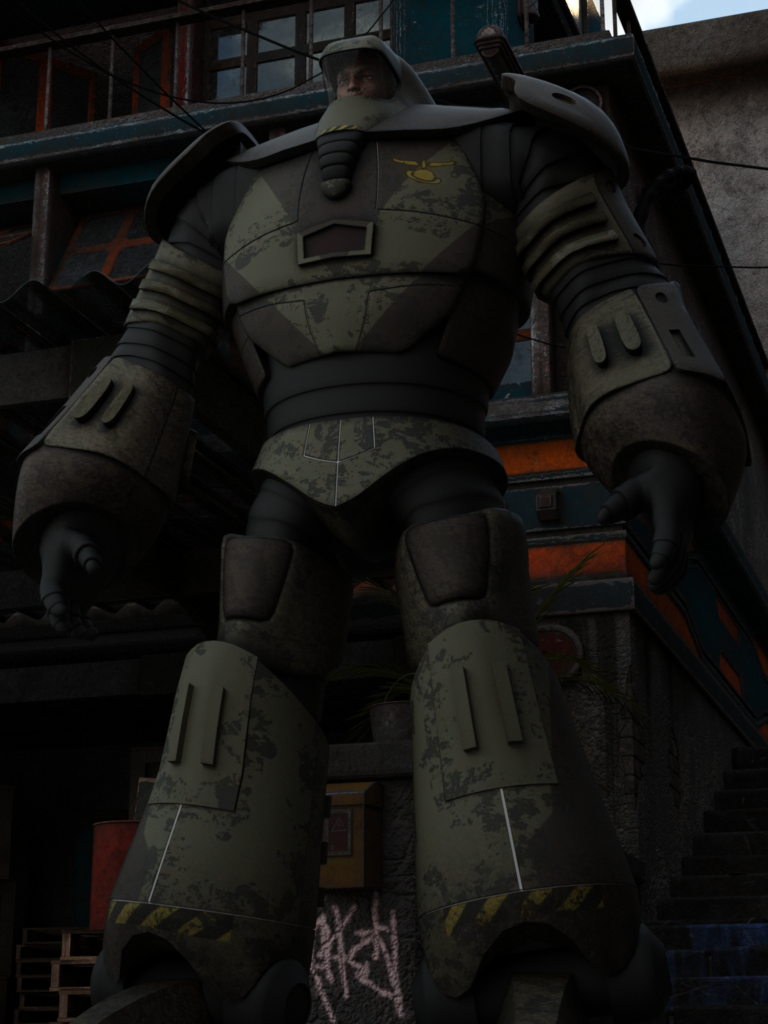 Cannon first came to CLEA’s attention after being contacted by Russian Authorities. They had found an abandoned laboratory that they believed had been used by The Raiders and inside it they had discovered a powered down cyborg. Whilst restoring power to the building the cyborg was inadvertently powered up an broke out of containment, whereupon it attacked the troops providing the security export. After devastating them it fled the scene.

CLEA looked over the facility and though there were clues that the Raiders had been there, the Agents did not think that the cyborg had been created by them. Some time after that he cyborg made random appearances all which centred on attacking the Russian authorities. This led to CLEA to consider that the entity was an ultra secret weapons prototype and the facility was kept “off the books” and later abandoned. After being released it seems the cyborg wanted revenge on the people it considers were generally responsible.

Following more appearances the cyborg vanished, only to appear in America a few years later where it was given the codename Cannon. The attacks seemed to focus on similar targets to Russia but in a lot of cases the cybord appeared to be working with other known criminals as hired help. CLEA now suspects that Cannon needs the help of others to maintain its systems and has found working with criminals is a means to that end.