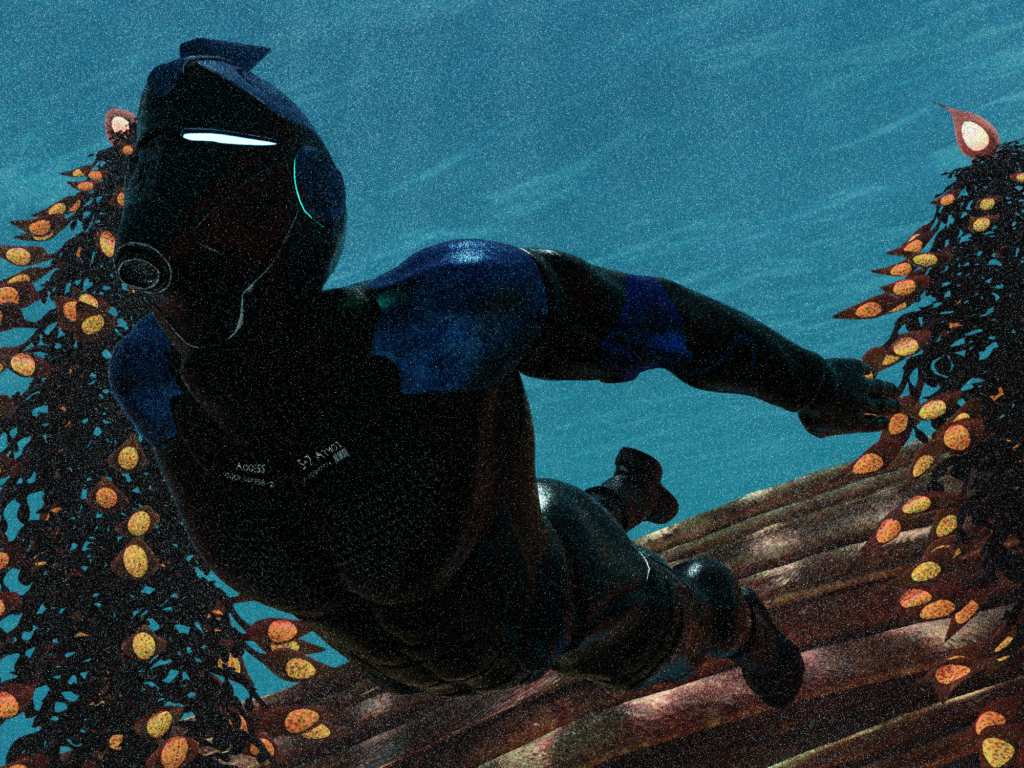 Unlike many other test subjects that are used as test subject, Mercier actually volunteered. He had been arrested for a minor misdemeanour in a country where Citadel had  “special” arrangements with corrupt establishments. Rather than serve out a three years sentence in  a foreign country, Mercier saw Citadel as a way out and so when they came looking for potential test subjects from the prison, he stepped forwards.

At the time of him volunteering, Citadel had acquired the body of an alien believed to have come from a race that were enemies of the Glissen. The alien appeared to have been a lone individual, possibly a scout and the Citadel scientist reckoned he was looking for the Glissen only they got to him first and killed it.

Citadel’s spies learned of alien tech that had been recovered and stole it. The armour worn by the alien was incredible but it was keyed to the species DNA. No matter how many times experts tried to bypass its systems they met with failure. The only choice they had was to genetically bypass the systems by making it think the occupant was a member of the race it belonged to.

Though dead, the body of the alien was well preserved and viable to extracting genetic samples. Jules was one of the recipients. In him the alien and human DNA successfully merged, quite dramatically for he not only became adapted to living in water but his instinctive response made him want to be in the water. Once the suit was put on him the systems came to life.

Jules now understood the alien language displayed on the screens inside the helmet and the information confirmed the earlier hypothesis – it came from a race, the Sesturn,  that were sworn enemies of the Glissen. After gaining as much technological data on the armour, Citadel decided to keep it intact rather than stripping it down and made Mercier an Agent with an underwater speciality. His task is to not only deal with any underwater threats to Citadel but also to acquire aquatic samples of aliens and other hybrids.