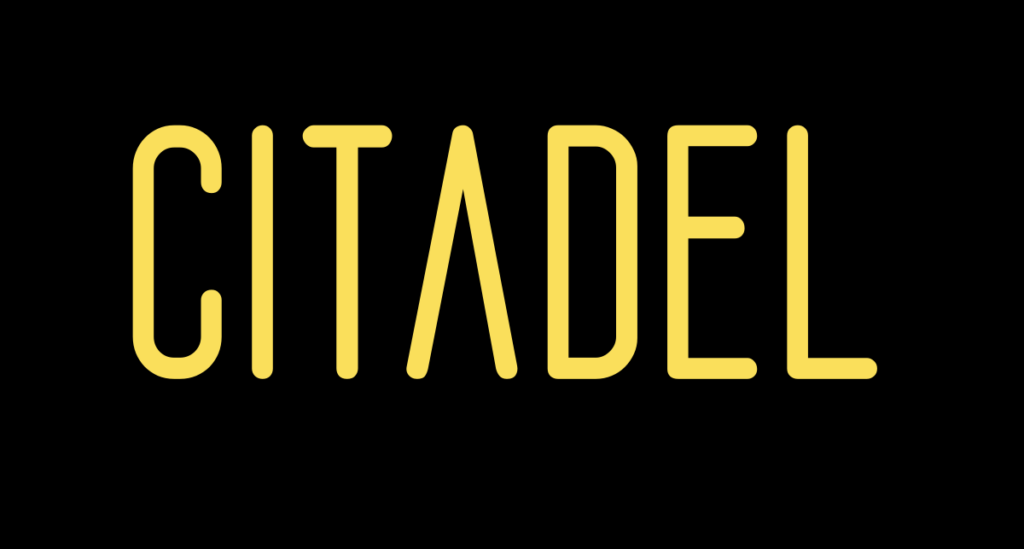 Citadel was at one time known as “September” a research group sponsored and paid for by shadowy government departments from several countries. As well as Species Beta humans and creatures the group also captured extra extra terrestrials “hiding” on Earth.

The organisation’s purpose was to study their captives for the purpose of learning how to deal with them if they became a threat. This later progressed to developing bioweapons and enhancements for humans. In the case of aliens, September also collected alien tech in order to reverse engineer it for human use. Captives often refused to reveal their secrets so torture and other brutal methods of extracting information was believed to have been used.

The group was eventually exposed by the Peoflo alien “Reuvant”. From his own ship in orbit he had come looking for his mate Aava (A Kyth alien) and when he realised he could not extract her on his own he made contact with CLEA via the South American chief Mia Rojas.

Having exposed the group, CLEA raided the facility where Aava was being held. However it became clear that Reuvant had merely found a research outpost and September was not as crippled as Rojas would have liked. During the raid several “specimens” ended up in CLEA custody (where they later became the Menagerie) but in the confusion many escaped into the surrounding forest.

In a closed session she presented evidence to the UN and though no country would admit to funding or using the organisation all traces of it seemingly vanished overnight.

Two years later CLEA started to hear rumours that September was now back, but operating under the new names of Citadel and this time privately funded. With a lack of official traceability this has made them harder to deal with along with the fact they operate mainly out of countries that do not recognise CLEA or where political corruption ensures they can carry out their work without recourse.

Unable to insert undercover agents into the organisation, much of the intel CLEA has of the group’s operations is limited to third party sources, many of which are designated as being unreliable. Looking for commonality between sources has therefore been the only way intel has been gained.

Currently it is believed that as well as reverse engineering alien technology,  Citadel is also actively engaged in research involving in experiments involving merging human DNA with other species, including extraterrestrials and species beta hybrids, often involving the use of Bacteria Z. Since the primary source of both hybrids and Bacteria Z is Terror Island which is controlled by an international blockade, it is clear the group has managed to infiltrate some high levels of security in order to obtain samples. A limited number of sources also suggest one of their lead scientists transformed himself into a Vampire hybrid suggesting there is no limitation to their genetic manipulation schemes.

Where source material from other races may require some effort to obtain, humans used in their experiments are easier to come by. Though it is believed that some are volunteers, CLEA has learned that the organisation is not above taking suitable candidates where the test subject will not be missed. In the countries that do not recognise CLEA, it has been suggested that Citadel has access to prison populations, where corrupt officials “sell” victims in exchange for money and/or tech.

Perhaps the most disturbing of all the reports CLEA has received involves the use of children and teenagers in experiments. This came to light when a Citadel operation was chanced upon by CLEA agents investigating another matter. A raid was conducted during which a few teenagers were “rescued”.

During debriefing it was learned that the children taken by Citadel are almost always runaways and therefore untraceable and they are used in experiments involving reverse engineering alien technology. Many alien races are smaller than human adults so a smaller body is required in order to test such equipment. Often advanced alien tech involves the use of some sort of biological interface so the test subject needs “modification” as well. It is thought that those which survive the process go on to serve Citadel as specialists in its retrieval and/or security units.

Since some of the teenagers enjoy their new sense of power it explains why during the raid many potential “victims” chose to flee with their Citadel oppressors rather than allowing CLEA to take custody of them. Another equally likely reason is they have been brainwashed and either distrust the authorities or are scared of being disloyal.