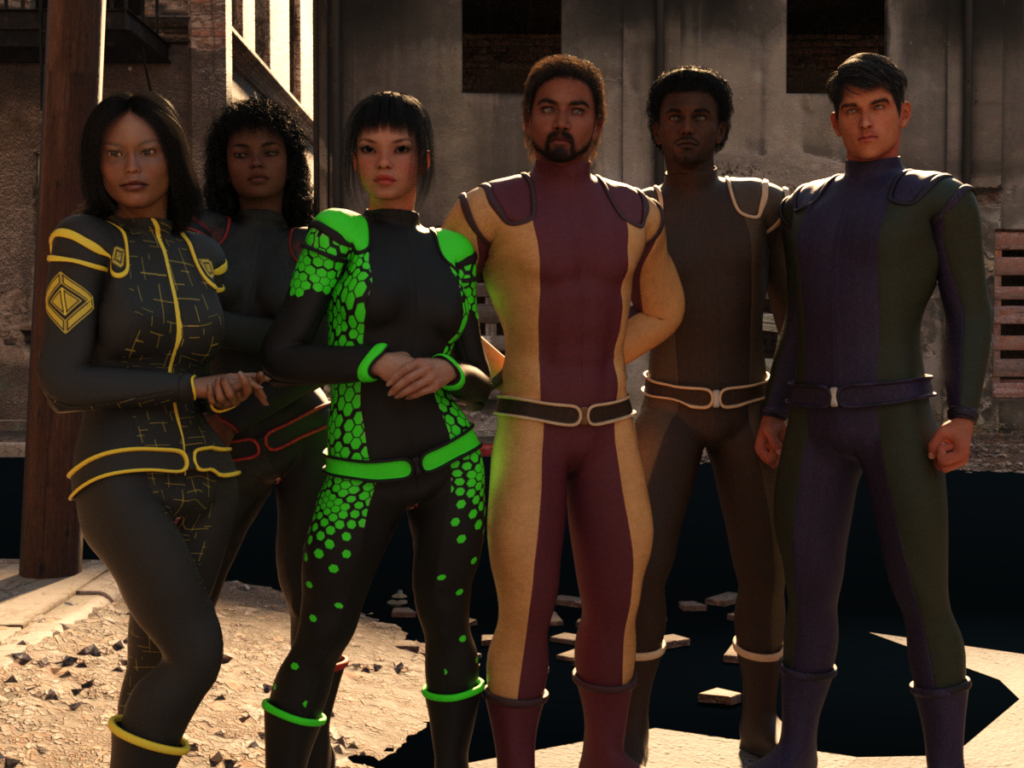 The Clean Up crew are a special team of Alpha humans that offered their services to CLEA for use in disasters and rescue situations. Though their abilities can be quite powerful, none of the team had any desires to become a hero. In fact their various backgrounds had links to rescue services in their countries of origin.

The six members of the group met on line and ending up discussing the idea that working together they could be extremely useful in emergency situations. Unlike other teams that form and have a powerful backer none of the six had access to vast reserves of cash. However they did realise the CLEA had all the resources in place, including transport and so presented the idea to the South Asian CLEA chief Huojin Sun. He liked the proposal but could not initiate their idea by himself.

The nature of their work meant they had to be fairly autonomous and be able to go to any disaster in any part of the world. Huojin therefore needed the agreement of the other CLEA Chiefs so that a global resource network could be put in place to get them where they needed to go. From these talks came the Emergency Express Protocol, a rapid response system that could get the team easily to any location.

Though technically the Clean Up crew use CLEA resources, they do not fight crime making them one of the more unique units.