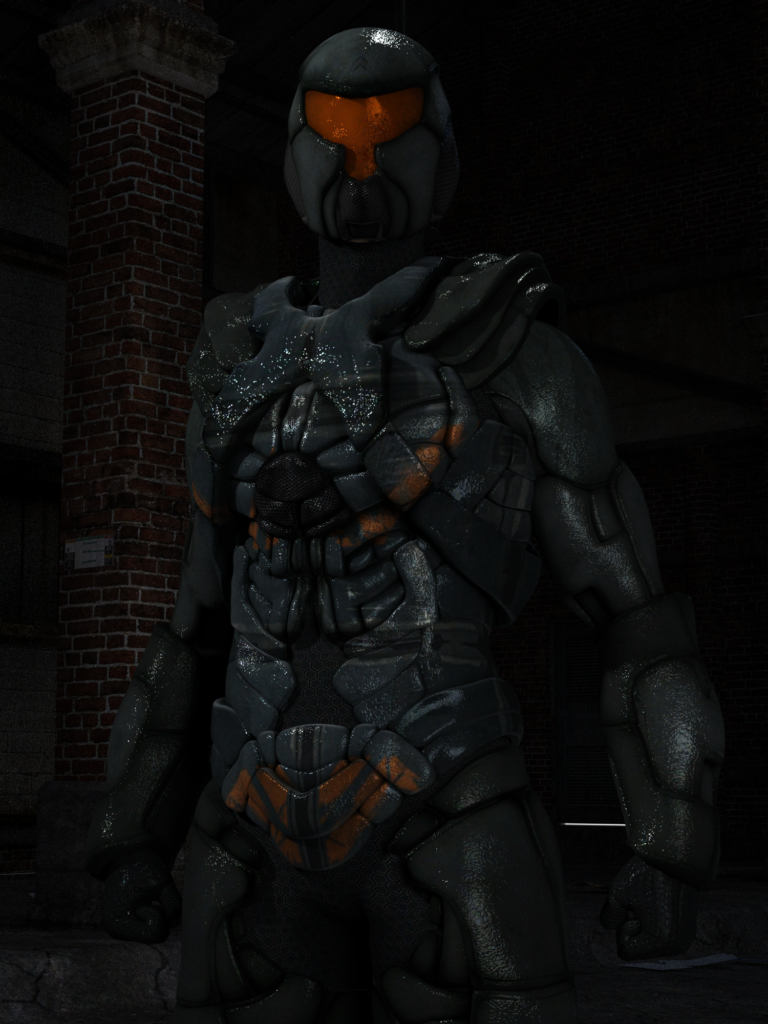 The Cobalt Protection Suit is the creation of Lucas Hansen.

A brilliant inventor, Lucas, created the suit after his sister died in a lab explosion. The poisonous gasses meant nobody could rescue the scientists until the gasses had cleared and by then it was too late. Already a designer for protective armour of the police and military, Lucase set about creating a special suit for dangerous environs. His intention was to supply rescue services with a working design that would allow them to extract casualties from hazardous environments.

For his prototype he needed access to some rare strong materials and that was a problem. As he was doing the suit as a personal project and not for the company he worked for, that meant funding everything privately. This was quite a problem and though he approached numerous backers they were not interested.

Then out of the blue a man calling himself Mr James Cohen, showed up on his doorstep, literally and offered to fund his work. In exchange for regular injections of cash, Cohen would show up at random to see how the work was going on. Though slightly unnerving Lucas needed the money.

Finally six years on and thousands of dollars later, his prototype was ready. Lucas gave Cohen a demonstration and once it was over the backer seemed very impressed. He then completely shocked Lucas by telling him to hand over his blue prints and the prototype within the week or face legal action. Whilst he had initially signed some papers in the beginning he had never really studied them as he was so desperate for money. Now finding those papers again he realised that he had agreed to hand over any claims of intellectual property meaning the suit now belonged to Cohen.

Unable to fight legally, Lucas knew he had to do as asked. However before Cohen returned he was approached by the vigilante “Blue Flame” who warned him not to hand over the suit or the blue prints for Cohen was not who he said he was and actually worked for Black Shadow. When Lucas asked how Blue Flame knew this, the vigilante explained that the syndicate had once tried taking his suit and were now poised to get their hands on Lucas’s. Blue Flame mentioned he always kept a lookout for Black Shadow and it was not until Cohen filed the legal claim did it send out any warning signs.

History was now repeating itself for Lucas did not want his life work to go to criminals and so fled with his suit. In time though he grew tired of running and decided that the best thing to do was to fight back and so he became the armoured hero known as Cobalt.