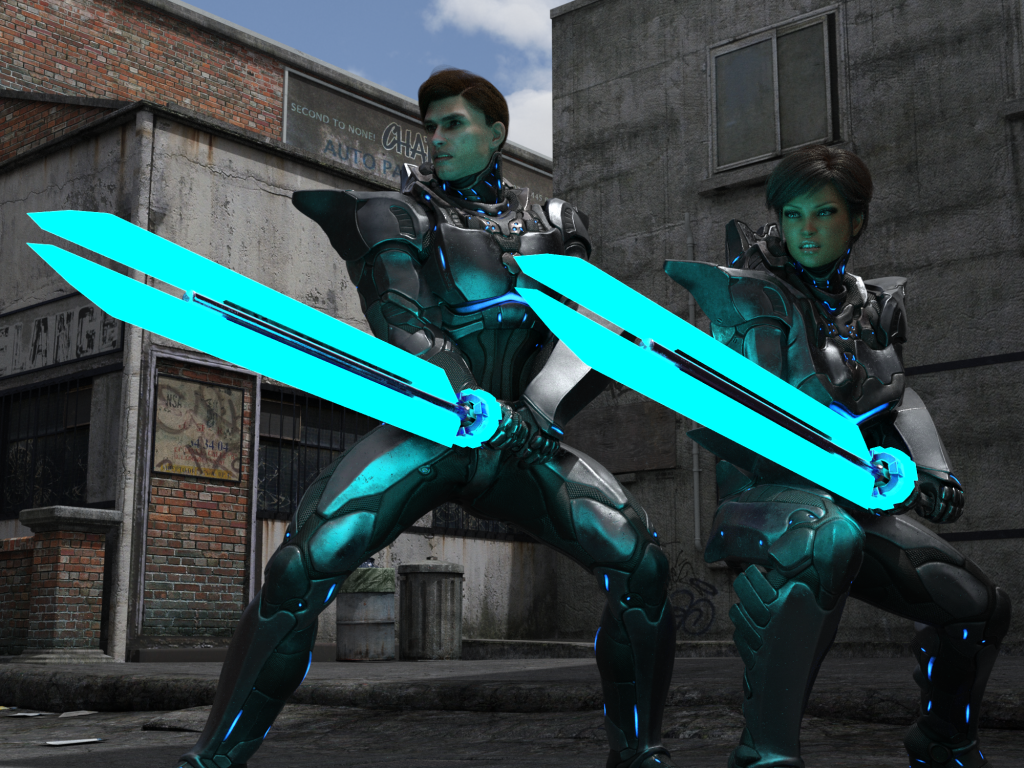 Though it is unclear how this pair actually met in the adult lives, up until that pivotal moment in time they actually had similar childhood lives. Plcaed into care at an early age each one of them seemed to rebel against the system that had been trying to protect them. They therefore spend most of their early years in and out of juvenile detention on charges ranging from mugging to burglary. Linette even had the distinction of being accused of partaking in armed robbery but the case was never proven.

Once they reached adulthood local Law Enforcement in Europa lost track of them although it was believed they continued with their original criminal undertakings. Since they were classed as “minor” criminals CLEA did not keep track of them and the first time the pair appeared in a CLEA investigation they were working together for Black Shadow. Intel on how they came to be hired is somewhat sketchy but it was believed the crime syndicate was looking for muscle to work alongside the Shadow Squad and the pair had offered their services. Lacking suitable tech, as part of their “payment” the syndicate arranged for Linette and Tyler to receive the powered armour suits.

Intelligence gathered later points to the fact the syndicate made a considerable investment in the pair and the suits alone cost more than the four sets of armour given to the Shadow Squad. In all likelihood Black Shadow intended to keep the pair on as permanent assets. However upon receipt of the suits the pair promptly absconded taking everything with them. Whether not they simply got cold feet working for the syndicate or intended to dupe their employers from the outset also remains unclear. Black Shadow responded with an imminent contract on thier lives but any assassins that found them discovered that their armour was too good.

Taking out assassins soon gave the pair a notoriety that appealed to certain elements of the criminal underclass. Consequently they have never been out of work since.