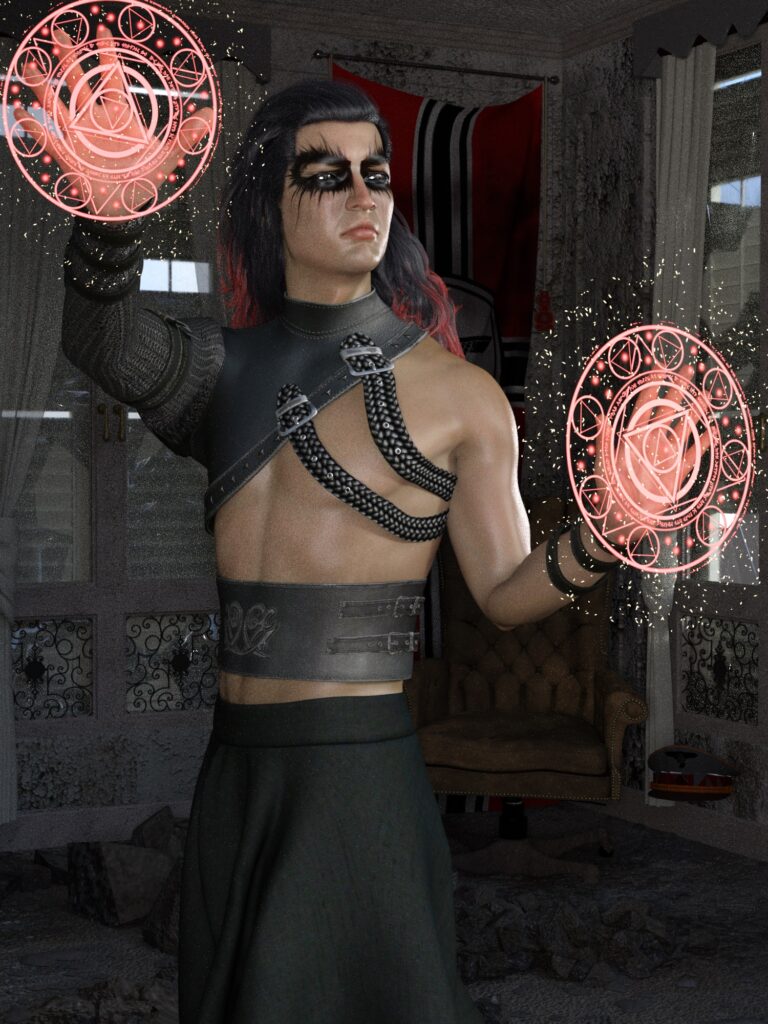 NB: Extracting souls is not a provable criminal activity

Mathias was once an ordinary person until he happened upon a cave containing a large clear crystal and a smaller one. A landslide had exposed the entrance and being naturally curious he had ventured inside. What he did not realise was he had found a lair that once belonged to a 17th Century Warlock known only as “Bradford”.

Bradford had been a loyal servant of the Demon Sarach and in order to serve him better had come up with a means to pull the soul out of a human and trap it. He had first of all created a powerful Totem that could literally yank a soul out of its host body, the so called “Capture Stone” but to serve his master meant he needed to send such a soul to the dark realm and bypass the spirit realm and its guardian the Gatekeeper.

This second part proved more tricky and since the capture stone could only hold five souls in one go then that meant he needed a storage system to contain the souls of his victims, until he finally found the means to send them on to the dark realm.

He therefore created an even larger stone, the soul cage which could hold 500 disembodied souls. When not working on solving the “great problem”, Bradford would journey out and hunt for the souls on unsuspecting victims. Occasionally he would be seen and so to protect himself he had created the means to free souls from the capture stone and get them to do his bidding. Though that meant losing his prize the distraction also meant he did not lose his life.

Having already worked out how to transfers souls from he capture stone to the soul cage, Bradford was eventually able to find a means to transplant souls, taking one out of a host and replacing it with another. This skill he learned out of necessity, when his wife was killed. Before her death Bradford took her soul and then found another woman with a body that suited his desires. After seducing her, he took her soul and then replaced his wife’s in the same body.

That proved to be his downfall because he was eventually exposed. After a hunting party found her they burned her at the stake for being a witch. Though he had never succeeded in sending the souls to the dark realm, Bradford was not going to let anyone destroy his work and so before they came for him he sealed himself inside the cave in a final act of defiance. For twenty three days he survived and then when death was upon him he used his own magic to place his own soul inside the capture stone.

When Mathias came upon the open cave centuries later, he picked up the capture stone and examined it. With the warlock “living” in the stone, he did not realise that he was handling an Active Totem. Seizing the chance, Bradford asserted control over Mathias and made him his slave. He then decided to resume his work on a world that had forgotten him, once more trying to serve his master Sarach.

This time however his actions have been picked up a lot quicker which means he attracts the attention of powerful magical enemies. Though they have tried to stop him, the Totem is exceptionally strong. On the odd occassion that Mathias has gained control of his own body, mystics have had some success in freeing souls from the capture stone. They have even managed to find and destroy the original soul cage but would later find that the reincarnated Bradford has made new crystals.

The ultimate goal for magical heroes is to remove the Totem from Mathias so he can no longer be enslaved. At that point he will be free and the threat from Bradford can be dealt with more permanently. So far though, Bradford’s use of dark magic and the knowledge that no hero will kill his host in order to win has enabled him to remain at large.