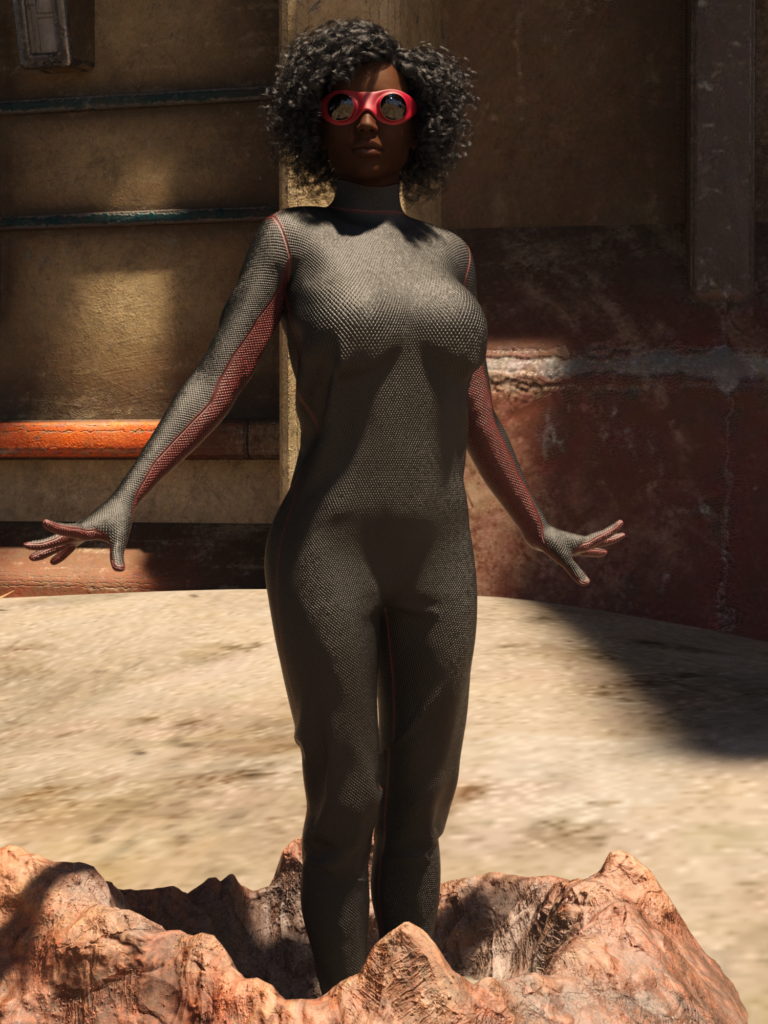 When Brandy first got her Alpha abilities she wanted to do something good with them. Consequently she joined the White Guardian program and made herself quite invaluable in rescue operations. However during one mission, bad intel let to her not getting to people on time and some died.Unfortunately for her witnesses had spotted her in a bar the night before and a press article suggested she had been drinking. She responded by making a statement saying she had been in the bar but only with friends and had only been consuming non-alcoholic beverages.

A later inquest confirmed inaccurate intel and exonerated her of all blame, but the press article refused to go away. Even after the newspaper made a formal apology the damage had been done. To make matters worse several people in CLEA including White Guardians believed the original article. Already suffering from guilt they ramped up the pressure.

A counsellor tried to assure Brandy that people liked to blame someone and in her case they had chosen an obvious target. This however did not help her and when CLEA suggested a leave of absence until the scandal had blown over, she decided to quit. Being told to take a holiday in her view was CLEA top brass giving credence to the newspaper story and that meant she could not trust the.

Wherever she went the story followed her like a bad smell until she ended up in a remove farming town in Australia where nobody knew her. Abandoning using her Alpha abilities she chose to work as a farm hand and it was four years later that CLEA found her.

A cave had collapsed and trapped twelve miners and she was the only one who could get to them. However the fact that her guilt had filled her with self doubt over the lives lost the last time she worked for the agency and the way CLEA had handled the fallout, meant that she basically told them to get screwed. It did not really help matters when they suggested she do the right thing. After a lot of arguing she finally agreed to get in the helicopter but only on the basis she would take a look at the problem and if she did not believe she could succeed she would leave.

Upon arrival at the mine, clearly things were worse than what she imagined and though she had been prepared to walk away, a small spark of optimism inside her awoke and she felt unable to leave. She knew that to finally get rid of the guilt that had hung around her neck like a lead she had to rescue the miners and finally put the ghosts of the past behind her.

Her rescue was a total success and the fickle press now rallied around her as a hero. CLEA chief Joshua Hunter even went on television and asked her to come back as a White Guardian. Her response was both memorable and shocking for she told him that “she would not work for an agency that was more interesting in image than the well being of its workers.”

Though she offered to assist when asked she would never again work for CLEA. It is because of her that CLEA overhauled the way it handled the media in relation to its workers to prevent unwanted pressure on workers who had been the victims of unfounded stories. CLEA also started to seek damages against the media when they got it wrong and that created a massive reduction to the sensational unfounded stories that had dogged the agency in recent years.

No longer working for CLEA, Brandy would end up getting pulled into become a costumed adventurer when the Phoenix Alliance asked for her help in gaining access to an underground facility which was supplying criminals with weapons. She then would later assist them again on another mission and in time decided to become a “part time” vigilante, taking the name “Digger” suggested by the boss of the farm she still worked at in Australia. For her help with the Phoenix Alliance, they put Brandy in contact with the Knight’s Forge and they created her a heat proof suit and goggles with a built in computer display. The former protected her from the intense heat when she slowed down and the latter enabled her to navigate better when tunnelling.