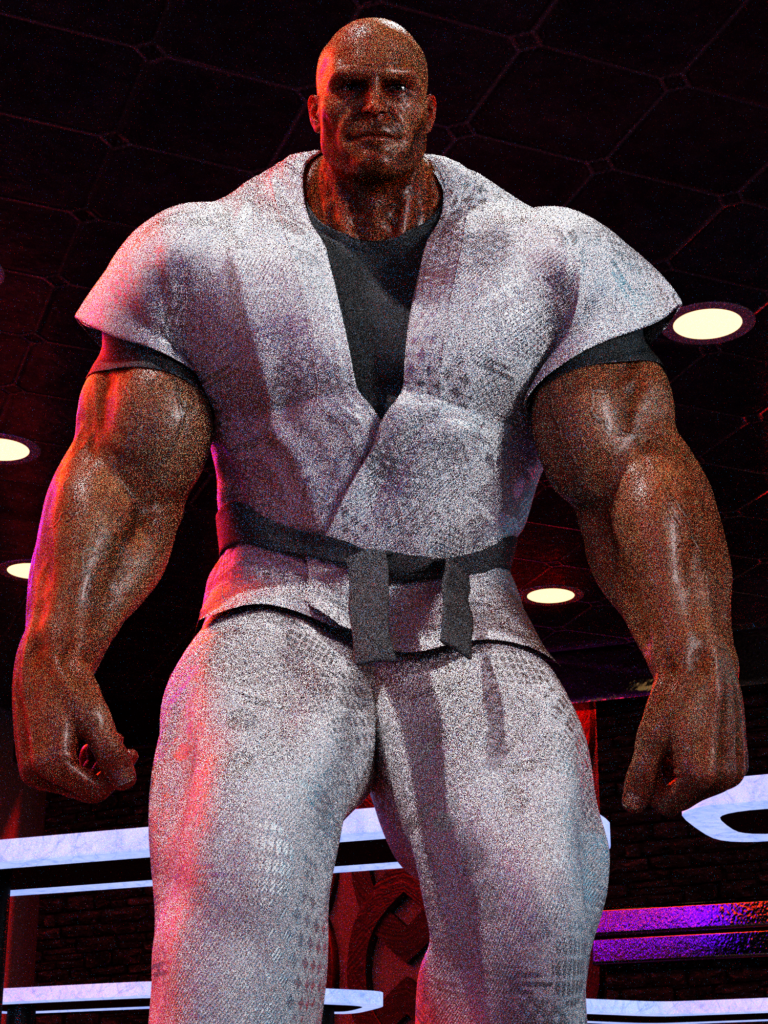 Louis is one of the few examples of Alphas that have been “altered” by ARGO and has not wanted revenge. Like most of their other test subjects he was taken against his will, in this case by a troop of Argonaut. Identified as an Alpha Inferior, once at the facility they tried to modify his genetics and triggered him into becoming an Alpha Superior.

In his case the change was permanent and he became a whopping seven foot tall behemoth. Now with massive strength and super strong skin he escaped and there was very little ARGO or their synthetic soldiers could do to stop him.

Before being altered he had hired out his services as a thug to anyone that would pay him. Now as a giant of a man, he could do the same again only the people that wanted him paid a lot more. Just his size was enough to intimidate people into doing what he wanted.

However his large size meant he was not easy to miss and after becoming associated with criminal organisations he became a target for heroes. Once that happened he became “too hot” for potential employers to hire him as they simply did not want the attention of vigilantes. Being unable to find work though did not stop the heroes from coming. Though he was powerful he felt he needed some sort of protection.

Louis eventually found that in the Claremont Cartel. They were advertising for a Doorman at one of their night clubs and he applied. Though Doug quickly recognised the giant and knew that he was something of a hero magnet, he gave Louis the job anyway, figuring he could use the muscle and not just for stopping trouble causers sneaking into the clubs.

It was the job title that Louis eventually started using as his code name when on other business with the cartel. With the backing of a crime group he gained allies which meant he was less of a target for lone heroes unless they were crazy.