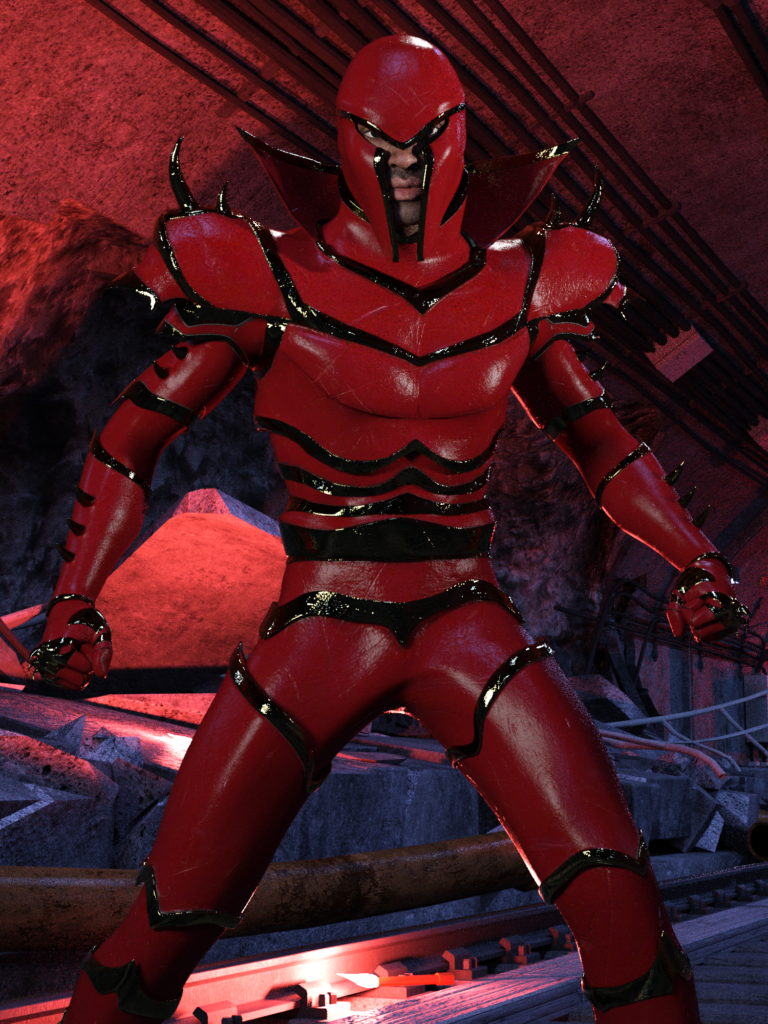 While most engagements between human and demons normally involve the use of magic, throughout history there have been instances where “normal” people have prevailed through courage and sheer will. The Headley family had one such hero, who not only managed to kill a demon in the mortal realm but was able to take its armour.

Since the armour had dark origins it can “sense” evil. Technically it is a “wearable” magic totem since it is infused with dark magic which resulted after the host demon was killed whilst using it. Those that wear have the means to identify evil even it it hides its true form. They also get an increase in strength and the demonic armour has the means to burn through almost any substance

Over the centuries the armour has been passed down from father to son over numerous generations. The current owner is Marlon Headley and as per the family legacy he is expected to use it to protect the innocent and to fight against dark forces. Like his ancestors, Marlon has been a frequent target to Demons who have chosen to ignore the truce with the Angels. The armour is seen as important to them because whilst they can use magic and trickery to hide their activities in the mortal realm from the Realm of Light, the armour allows Marlon to see the “truth”. They cannot hide from it by any means since dark magic cancels dark magic. The one disadvantage Marlon has, like so many others who have worn the Dreadnought Armour is the dark magic tries to bring forth negative emotions in the wearer.