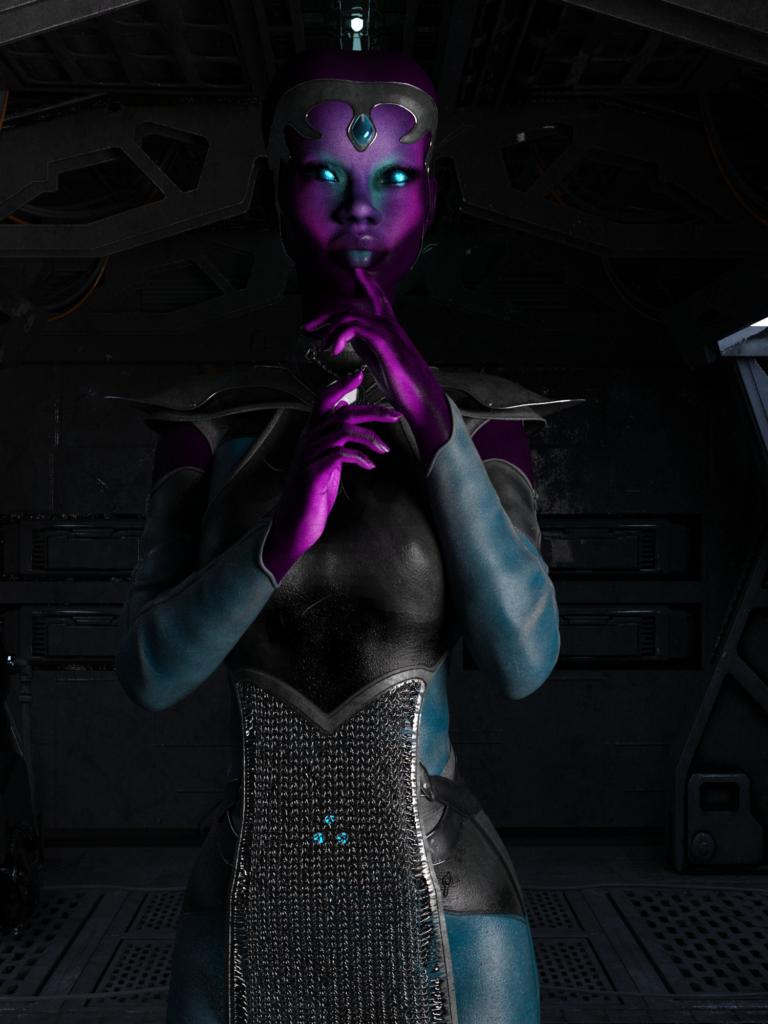 Droymeda as a member of the Isuul race who as well as being able to read minds have the means to emit pheromones which can bend the will of most people. Identified from a couple of sources including Reavant, on Earth she is a minor criminal, often involved in simple schemes to keep her one step of the law and normally getting a patsy to take the fall for her.

On the intergalactic level Droymeda is wanted for many serious crimes involving blackmail. By using her pheromones she would get close to a target and then once within range would use her telepathy ability to extract sensitive information to extort him or her. Galaxy Force has tried to apprehend her on Earth on more than one occasion but each time she had managed to outwit them.