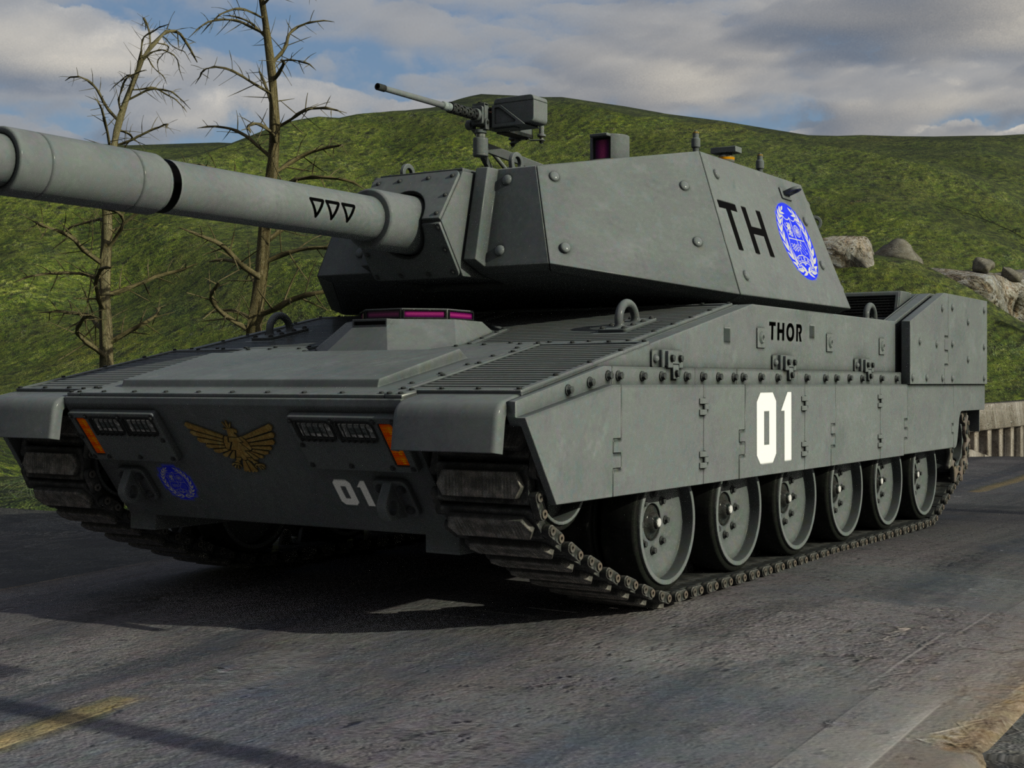 The Kodiak is the name given to the newest generation of main battle tank produced by Eagle Armaments. Sold around the world the Kodiak has been battle proven and, ironically, had successes against UN Peace Keeping forces who opted not to purchase the model, instead going for the Lancer II MBT.

When CLEA chose to equip its Thunderhead team with a MBT, the Kodiac was chosen for the very reason that it appeared to be the best MBT in production. As with most other equipment belonging to the CLEA strike teams, the Knight’s Forge adapted and upgraded the tanks systems making it unique as far as the electronics and sensor suites were concerned.

In keeping in with the Norse Mythology code names, the single Kodiak purchased was given the designation “Thor”.