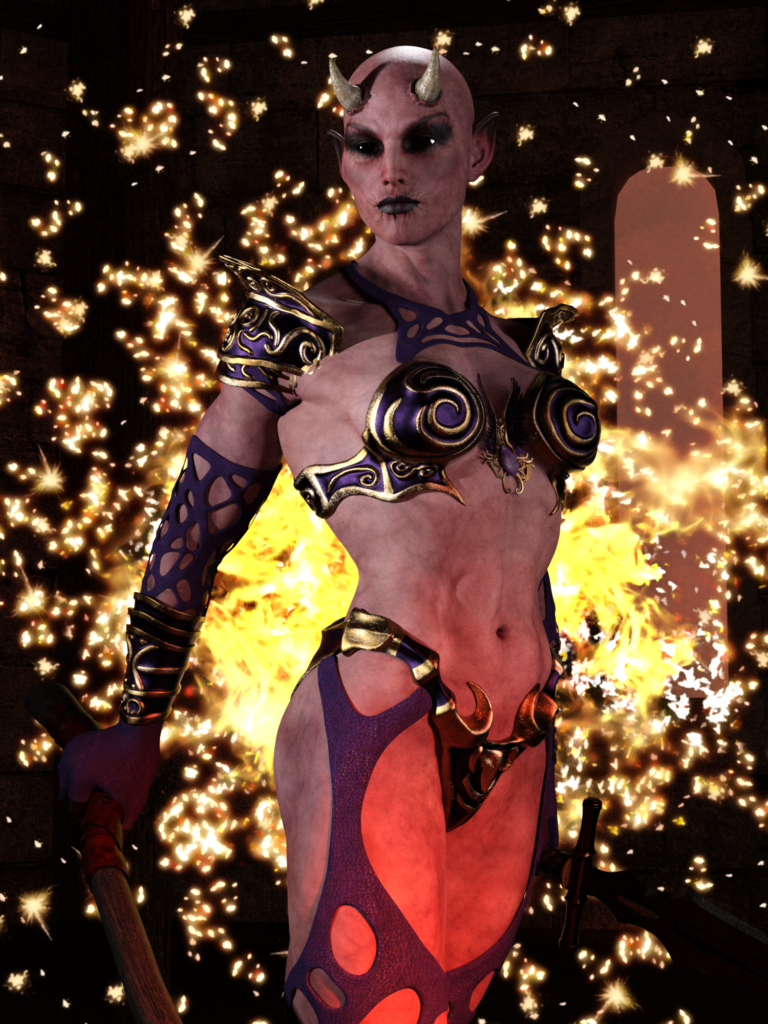 Empaot is one of the mid ranking Demons. She is also one of the younger Demons that and through the consumption of human souls has developed certain emotional interests that are not normally associated with her kind. Rather than playing the game of collecting souls to compete with others, she has chosen to ignore the agreement between the Light and Dark realms and desires to build an “empire” in the mortal realm and choose to live there as their queen.

Though her ultimate goal is to take over the mortal realm Empaot cannot hope to succeed in that goal without first finding a way of protecting herself from being vanquished by Angels. To this end she has made many attempts to protect herself by trying to acquire the most powerful magical objects, namely Avatar Totems. Despite her best efforts she has been thwarted on each and every occasion due to the strong bond between host and totem.

Her biggest and most elaborate failure resulting in the formation of Delta 6. She knew that six musicians each had a piece of the  extremely powerful “Harmony” Avatar Totem together. Empaot wanted to try and unite all the pieces together and so posed as Emma Potts, a rich manager in the music industry. Her goal was to poach all six from their respective bands and then once they were in one place she intended to kill them. Then she figured she would take possession of their Totems and make them whole again.

Since each member of the band only had one sixth of the potential power she did not really fear any of them. She was well aware that the Totems were depleted and needed to be  recharged. So weak was their magical energy that though the band members were Avatars they were unaware of the fact.

Empaot’s only mistake was down to the fact that the Totems still had enough magic left to protect their hosts. Her plan to kill them failed and at the same time drew attention to herself. The band was then visited by a Harman and Irmina who saved them from their fate and informed them of their destiny and taught them how to recharge their totems. At which point they turned on Empaot and nearly vanquished her.

From then on she has been forced to keep her plans more low key.