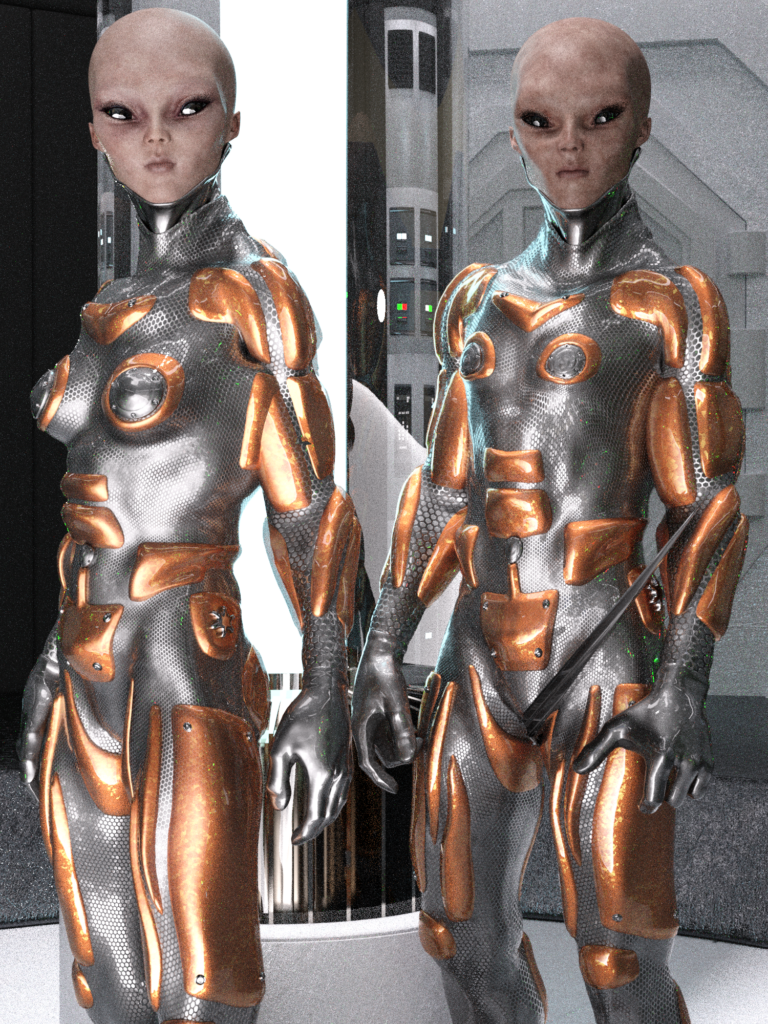 “We believed we were the only ones, ignored the signs convinced of the lies were told ourselves but the truth is we are not alone in the universe”

CLEA’s very own Mia Rojas was correct in her analysis of where humans fitted in with the universe and the appearance of Reuvant shattered the illusion for not only did the appearance of an extra-terrestrial reveal humans were not alone but in exchange for help Reuvant revealed data of otherworldly visitors to Earth.

The most shocking of these revelations was that Alpha humans were not an accident but an experiment and the beings responsible were the Eopua who had plans for humankind.

Details of Reuvant’s briefing on the Eopua were summarised as follows.

For billions of years there had been a continuous cycle of life in our galaxy, whereby young races were born, evolved and died only to be supplanted by new young races. Some races evolved quickly and then die out, whilst others remained eons longer. Those with the most potential were given the task of protecting all others in the galaxy from outside threats

Where and why the need to take responsibility for the protection of younger races occurred began had long since been lost to time but the consensus was that a powerful outside threat had invaded our galaxy and several of the older races had been forced to expel the invaders. From then on it was decided that a singular race should take charge of protecting the others. Sacrificing one races goals to ensure the others could develop unhindered was considered the most noble of tasks.

Just as life in the galaxy occurred in never ending cycles, so did the role of protecting the other races. When each generation of protectors knew their evolutionary end was approaching they would pass on the mantle to a younger race.

Currently that role fell to the Eopua and about two millenia ago they learned they were dying out and so looked for another race to replace them. Thousands were looked at but in the end,  they saw the most potential in humankind. The homeworld was the key for the the Eopua realised it was a Nexus that allowed it to link across parallel universes and something they had never seen before – mystical energies. Though they did not understand the nature of the energy they felt it might be of great importance.

Humans though were primitive and vicious and the Eopua feared that the people of Earth would not be ready for the role they had been chosen to perform so the alien protectors tried to speed up evolution in a bid to catapult humans past their limited selfish desires.

The first attempt at doing this was by giving ancient man access to technology. The experiment was a disaster. Most of the people given the technology abused their gift and used it to conquer others and start wars. To fix the problem the Eopua returned to Earth and took back their gifts whilst at the same time employing devices to wipe the minds of people who had seen the technology, thus striking it from the historical record.

With direct intervention via technology a failure, The Eopua waited until the felt mankind had evolved enough before trying again. Being a long lived race the protectors had plenty of time and so once a thousand years had passed they tried again to advance mankind on the right path. By now they had realised humans were never going to be the strongest race physically so to defeat enemies when they became protectors would need to be via technology or other means.

Giving technology had failed so this time the Eopua decided to give humans the means to stronger via genetic manipulation. Again, they hoped that if some individuals were both powerful and enlightened they could lead others whilst at the same time the genetic manipulations would spread throughout the populace through procreation and reproduction across many generations. Unlike before the Eopua decided that advancing mankind would only occur properly if is was considered to be a natural evolutionary process by humans.

To this end they sent a comet with genetic material to Earth and allowed it to crash in China, making it appear as a natural disaster. The experiment was only a partial failure because the impact site was a remote village and so the genetic coding did not have a chance to propagate any great distance.

Again, the Eopua waited and then they retried their last experiment but on a bigger scale. This became the comet strike of 1972. Out of the destruction the Eopua’s obeservers saw mankind work together for the first time to rebuild on a global scale. They then witnessed the biological agent result in the world-wide birth of Alpha humans. Though some chose to use their gifts for evil others used it for good and this they took as a sign that humans could indeed learn to protect those that are weaker than themselves.

Though the Eopua believe mankind still has a long way to go before shaking off selfish desires they think humans are on the right path. To ensure they stay on that path the Eopua limited other races from coming to Earth for fear of disturbing the experiment. Only alien races that were involved in the experiment were given permission.

However, in recent times has become problematic. Enemies of the Eopua from outside the galaxy have tried to disrupt mankind’s progress, and individuals from races that the Eopua overlooked as candidates for “Galaxy protectors” have similarly tried to so the same in order to exact revenge at the perceived insult they believe has been given to their race. All the trouble they caused have the same goal, causing problems to ensure the Eopua’s grand plan fails. Added to this is the fact Alien criminals had chosen to hide on Earth. Aware that the Eopua keep outsiders away, if they can get past the blockade they know they will actually be same from the authorities that are hunting them. This meant that  despite their attempts to make Earth out of bounds, in recent times it has become a hotbed of alien activity.

To deal with undesirable alien criminals, the Eopua decided to recognise a conglomerate of alien peacekeepers. Collectively known as Galaxy Force in the native language of  132 alien member races, they hunt down alien fugitives and return them to justice. Galaxy Force, ironically performs most of the duties the Eopua intend for humans, albeit in a more limited role and on a lot smaller scale.

Though there have been many unwanted alien incursions the one thing that has worked in the Eopua’s favour is the fact most humans do not believe in the existence extra terrestrials and so dismiss sightings despite the evidence to the contrary.