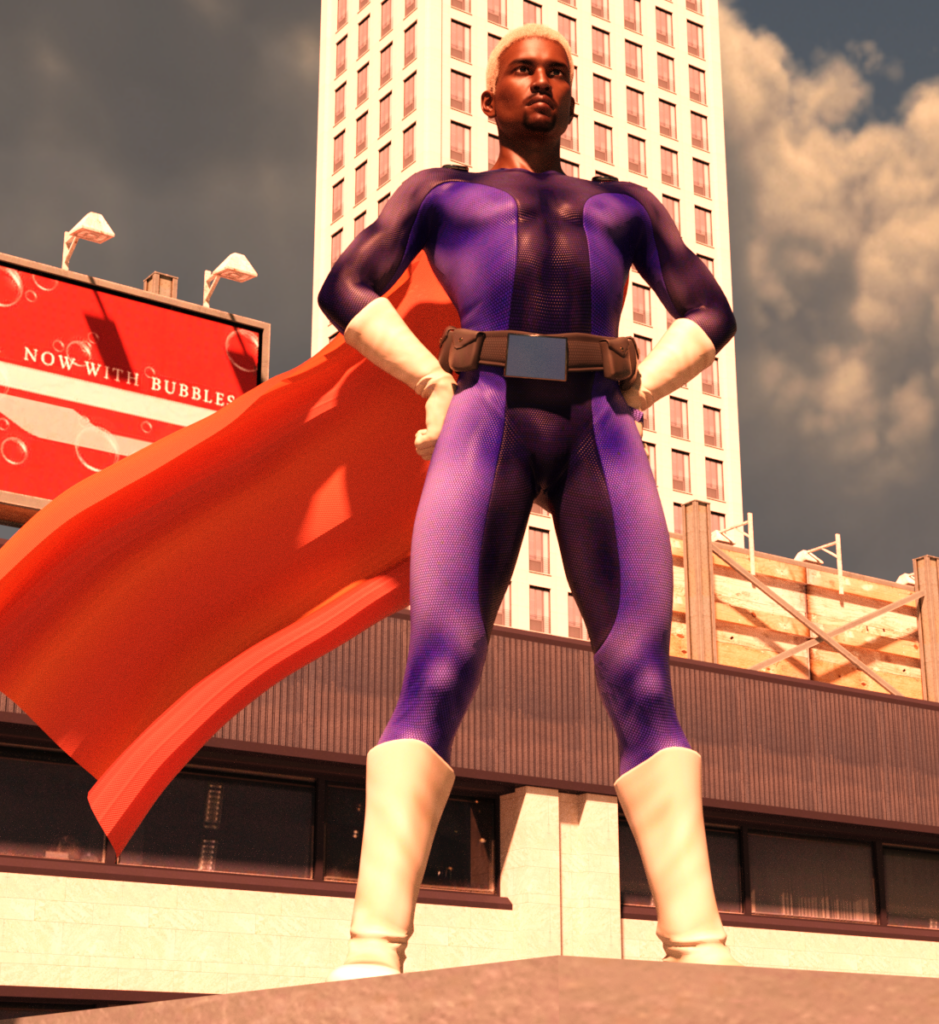 Donovan Lillard is not from our Earth. In his reality the Russian and American Governments created Raiders to fight in a war that never came. After both countries reached a peace treaty it was decided to decommission all the cyborg soldiers. In America all such “units” were expected to turn themselves in and have the memories wiped. They were then going to be given  new jobs  in the service of the general public.

Unsurprisingly most decided to rebel but far from becoming hostile most chose to simply run. Capturing the fugitives with the existing authorities proved quite difficult so the government created the RRU or Raider Retrieval Unit. Members of the unit were made up of Alpha Superiors and some of the last generation Raiders whom had been permitted to keep their memories as they had been earmarked for specialist duties.

Donovan Lillard, an Alpha Superior with the means to control tornadoes joined the RRU and was asigned a partner, Diana Benson. Though she started out as a human before being transformed into a cyborg, Lillard felt there was not much humanity left in her personality. She seemed cold an distant but as an Agent of the RRU she was brutally efficient.

Working together they quickly found they complemented each other and soon became the team with the highest number of captures. Lillard reckoned that it was down to their success that the renegade Raiders chose to group together to attain mutual support. That actually worked in their favour for they soon found themselves chasing down a very capable group. Though him and Benson could easily be overwhelmed if they fought back as a singular unit, the group preferred to run on each encounter. Just as on the African Planes were the big cats went after the weakest and slowest member of the herd, they employed the same tactics and snatched members of the group and brought them to processing.

For two years they tailed the group. Then intel came in that the group had made contact with Rift, an Alpha Superior and somewhat petty criminal who charged for his services. Discussing the data with Benson they concluded that the group was going to try and make a bid for freedom by going to a different reality. That meant they would have to try and stop the whole group rather than isolating a few at a time.

Though they could have requested extra support, the pair believed they could handle the group of renegades. When they next caught up with them under the cover of darkness, they saw Rift with an open portal and several of the group heading into it. To try and capture them Lillard and Benson followed but as soon as they were through they realised that only a few members of the group had passed through it. Even worse, the portal was gone meaning they had been tricked into isolating themselves in a different reality, our reality.

Benson suggested seeing if there was a “Rift” or similar Alpha Superior in our reality that could send them back but Lillard argued that it was best to contain the escaping Raiders before they could create and trouble in the new reality. Since the group had split up on arrival, Lillard suggested going after the Raider known as Omega.

Together with Benson he tried to capture her but she managed to evade them and eventually they lost track of her. With only themselves and no support and an entire world to cover, days quickly turned to weeks and hunting the renegades became hopeless.

Eventually with no way home Lillard decided that it was pointless to continue. The new reality had different rules and neither of them had any “official” power. As far as he was concerned he felt it was best if they simply tried to acclimatise themselves and live out the rest of the lives as best they could. Benson though would not give in and got into an argument with him before choosing to continue alone.

Trying to fit in was difficult at first as there were so many changes for Donovan to get used to. For a start the new reality seemed a little deficient in technology than he was used to. Another oddity he noticed was that here, Alpha Superiors generally either took up the mantle of costumed adventurers or became criminals, yet back home they either worked for the government or were criminals.

Having spent most of his life serving the people of America he felt drawn to the need to continue. Though he had seen adverts to join CLEA and become a White Guardian he was not sure how he might function under the command of an Agency he did not understand.

Finally the day came when the decision was made for him and Donovan thwarted a robbery. This turned him into a “hero” overnight and he embraced it.

In time he took the codename F4, a reference on his new home’s rating system for tornadoes. He would also later encounter Omega once more but having settle into his new life he felt it was best the call it a truce since she had also become a respected hero. Since they were both stuck on an “alien” world there did not seem to be a whole lot of point in trying to capture her.