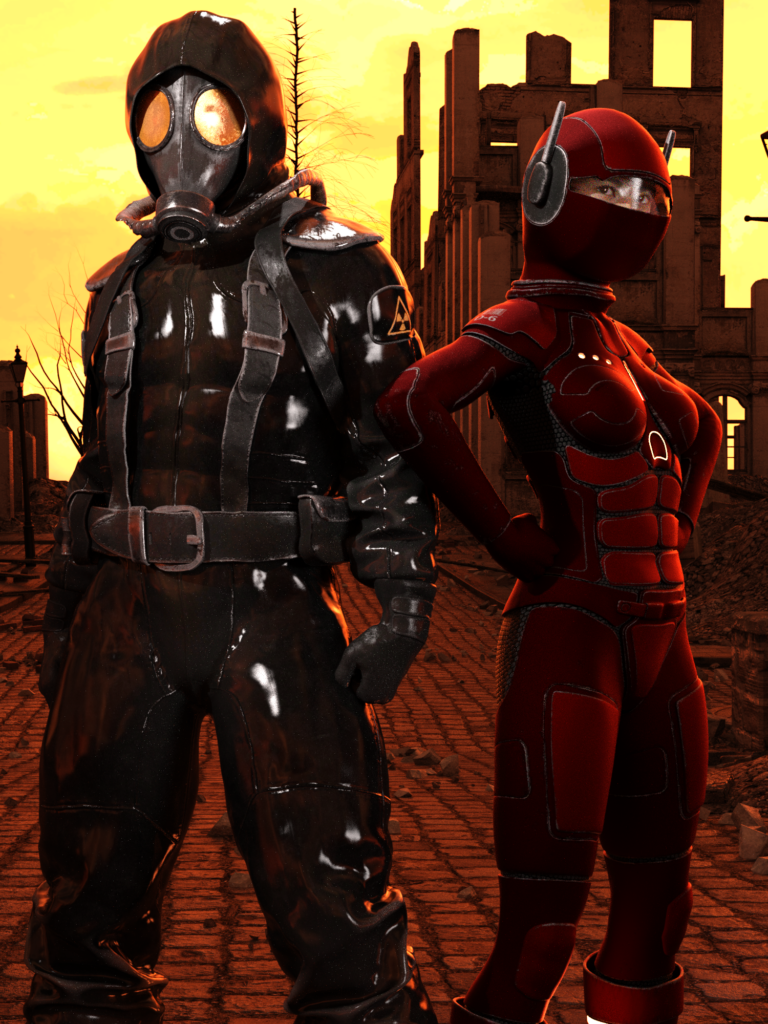 The Fallout “team” is perhaps the most powerful creation of the Citadel group. It is believed the two warriors were “created” after CLEA;s successful raid on a Citadel facility. Rather than allowing any evidence to fall into the hands of the authorities it seem the criminal group decided to make sure it could be destroyed by having a pair of people with the means to wield nuclear energy.

Though it is hard to get intel on anything involving the activities of Citadel, the identity of the partnership is known but does not reveal much, other than as is normal with many of their assets they were either runaways or prisoners at one time. In the case of Atomic and Reactor they were both runaways but from well over 15 years ago. This might indicate that some of the core illegal activities of Citadel might stretch even further back than the days when they were previously known as October. It could also indicate that they were simply homeless for a long time resulting in no official records.

However they came to work for Citadel, rumours suggest the group managed to obtain an alien capable of generating radiation. Scientists then tried grafting material to human subjects and the process only worked on two individuals. Marco appears to be the first success. As well as being less powerful than his partner he seems able to direct his power by channelling it through his arms and directing it towards a target.

Zhu appears to me a later success. Her radiation acts more like an area weapon. Far more powerful, than Marco this explains why she needs far more advanced suit to not only contain her energy but also to protect her own allies from harm.