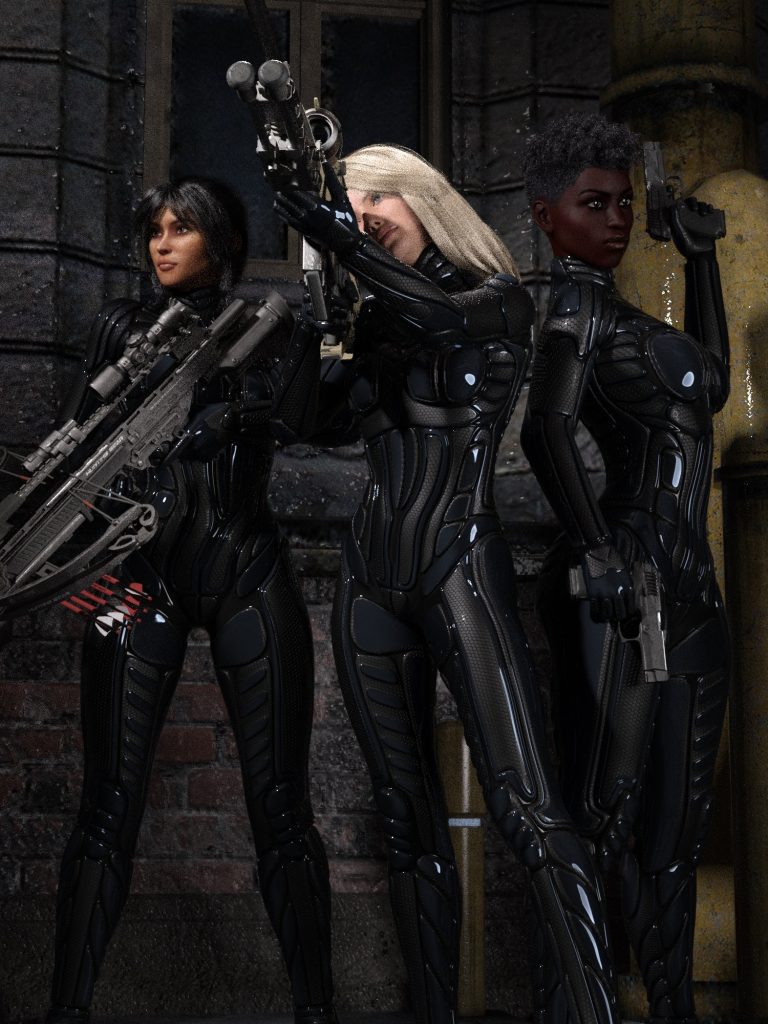 Usually teams that make up the Twelve have members who have something in common such as birth place or previous training. Some on the same team have even worked beside each other before being chosen to join the Twelve. These links have helped team members to bond quickly with each other to become powerful warrior groups.

The current incarnation of Fire Horse team is radically different in every respect. Rumour has it that after an assignment went wrong and the previous “Horse” team were killed, the Jade Emperor personally selected the trio from all around the world. Simone was already an established killer having worked as a black ops agent. By comparison Lauren was a gun for hire whilst Kyra was a bodyguard for a dubious business man who liked the look of women protectors and had more enemies than he could count.

In the three of them the Jade Emperor saw potential to create a team could rapidly adapt to different scenarios, thus ideal for killings where information on the target and his or her protection was vague. Simone was a specialist marksman and could nail a target from over half a mile away, whilst Lauren worked closer but was skilled in the mid to close range with either pistols or knives. Kyra on the other hand only used a blade but could move so stealthily she could take down a target when they least expected it.

Having chosen them and initiated them in the Twelve, getting the trio with wildly different personalities to work together was a different matter, so the Jade Emperor trained them personally and his methods were brutal. One situation saw him have their hands cuffed to each other and then they placed at the bottom of a shaft.
When they awoke they argued but neither could escape because they were dragging the others around. Being cold and very hungry they eventually realised they were not going to solve anything by arguing. The solution of course was to sit with their backs together and push against the walls with their feet and thus “walk” up the shaft.
After they solved that problem more puzzles soon followed until eventually they began to earn each other’s respect. That was when the Jade Emperor began work on improving their already formidable skills and for the trio it was the first time they saw a less brutal side to their “master”.

Once training was over the trio were allowed the traditional honour of naming their faction. Since it had to incorporate the word “horse” the women settled on “Fire Horse” which fit in with the astrology symbolism. Fire Horse’s were considered bad luck and they figured whomever was their target would certainly have bad luck, and they weren’t far wrong. If CLEA’s estimates of the Fire Horse faction is correct then they have not only accounted for the most number of hits relating to the Twelve in recent years but are also the most successful.