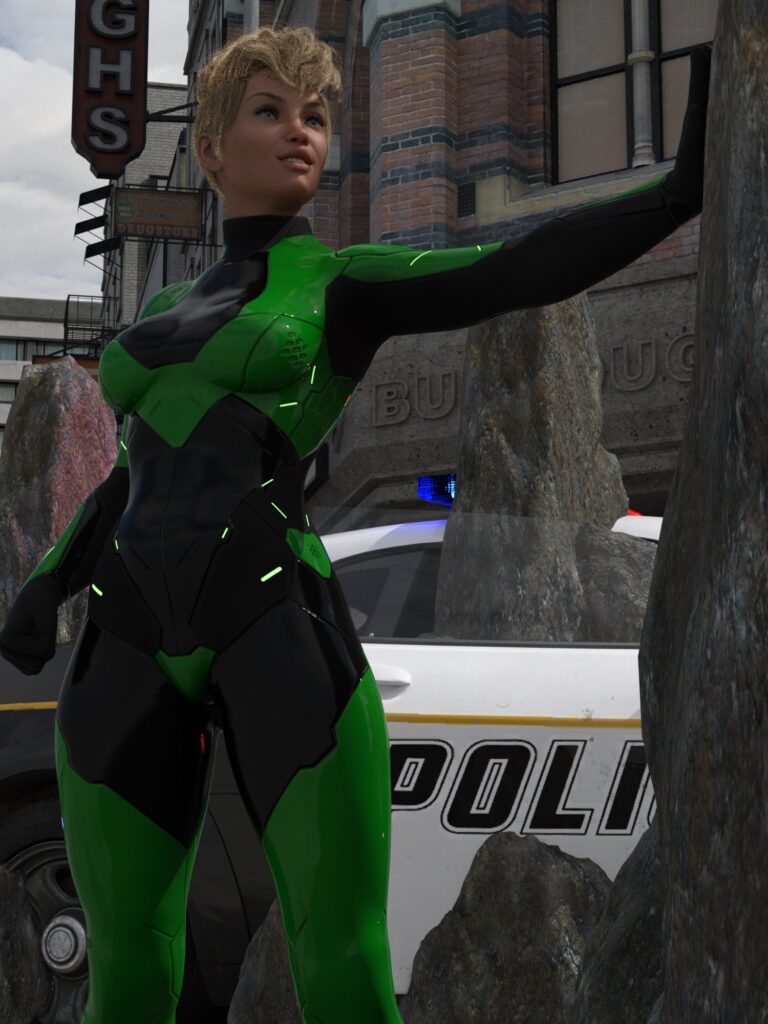 Olivia and her older sister Sara were raised in New Tokyo. Their parents had moved from America when they were just toddlers due to their mother’s work commitments. Since their mother, Mary worked in the field of human biology it did not escape her attention that both girls were Alpha inferiors.
From an early age both of them were told about their possible potential although Mary suspected nothing would happen since an Alpha Inferior making the transition to Superior was rare.
As a teenager Olivia had always been rebellious and tended to fall in with the wrong people. It came as no surprise to the family that she would eventually mix with criminal types and eventually acquired work with a notorious New Tokyo crime family.
By the time her Alpha abilities became active in her early twenties she had become estranged from the rest of her family who wanted nothing to do with Olivia because of her criminal activities. Though not speaking to her parents did not bother Olivia much she regretted losing the closeness she had once shared with Sarah.
After learning to master her gift of being able to manipulate rocks and similar aggregate materials, Olivia rose rapidly up her “employers” ranks but in time she figured that she deserved more than just being a lackey.
Consequently she went into “business” for herself and found she had a never ending stream of people only willing to hire her services. Since she could manipulate solid objects there was no escape route she could not create. Her alias of Fissure came about after she once opened a hole in the road and escaped into a subway tunnel following a bank heist.

Heroes that tried to challenge her often got into trouble for she could use entire buildings as weapons, grow stone pillars out of the ground or simply box them in by bending concrete into makeshift prisons. Even if things got out of hand Olivia could simply open a non-existent doorway in a building and vanish.

On her own though she knew she was vulnerable to multiple enemies but as a criminal she trusted nobody. However when she learned Sara had also become an Alpha Superior, Olivia had an idea of getting them to work together. Though Sara did not agree with Olivia’s chosen profession she had not severed all ties with her and had made a passing comment regarding her new “abilities”. At the same time she said that she was going to keep them a secret as she wanted a normal life.

For Olivia’s idea to become a reality that was a problem. Sara was always a do-gooder so getting her to turn criminal would be tricky enough but the fact Sara wanted to ignore her “gift” made the chance of them working together even more difficult.

In the end Olivia decided that she would give Sara a sample of the pleasure she felt in having power over people by tricking her sister into becoming just like her. Olivia did this by “arranging” to have herself kidnapped and sending the ransom demand to Sara.

When Sara received the initial ransom demand for money she went to the police but they were not interested in helping a wanted criminal escape a kidnapping that “was obviously of her own making.”
Feeling that Olivia was in danger, Sara had to obtain the money but even with her savings and help from friends there was shortfall so that only left felt her with the unthinkable solution of using her Alpha ability to steal the remainder.

Sara met the kidnappers demand but Olivia was not freed. The kidnappers left her further instructions saying how impressed they were with obtaining the money through robbery and she would have to perform certain “jobs” if she wanted to see Olivia again.

Though she did not want to become a criminal Sara felt she had no choice and for the next two years committed all sorts of crimes, totally unaware Olivia was manipulating her. Eventually the time came when Olivia decided to reveal the truth.

The reunion did not go according to plan for Sara flew into a rage. Olivia tried to explain she had been setting her sister “free” but Sara launched into an attack and the two fought a tough battle before Olivia fled.
From that moment on the pair became bitter enemies and ironically since turning her sister into a criminal, Olivia has created her own competition. One day she hopes Sara will see that what was done was for the best but Olivia knows that may be for quite a while and until then she continues to play her trade as an international criminal for hire.