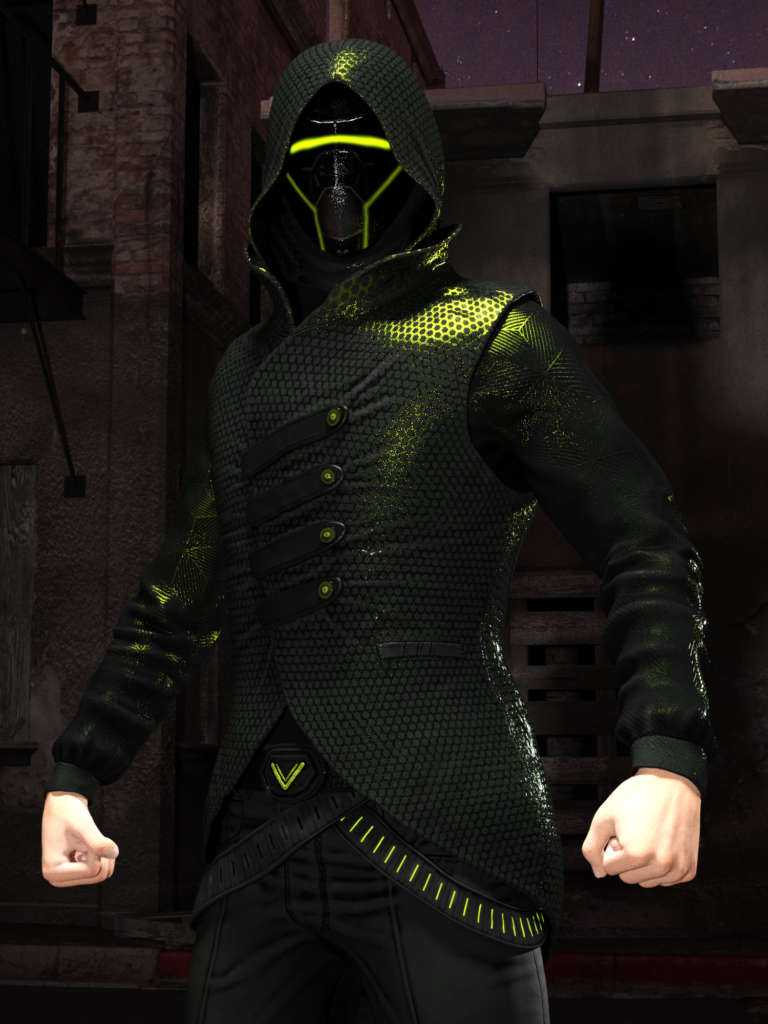 Flatline is a case of an extraordinary vigilante that CLEA knows very little about. Mush of what we known has been obtained via rumours picked up from the streets. The consensus is the Flatline was once a wet works operative for a government agency. Agency and the country for whom her killed are unknown and whilst the name Lorenzon Consetti has been mentioned a few times this is probably another alias on account the Flatline supposedly chose to leave his position and turn his back on the agency that employed him. Why he chose to turn vigilante and help ordinary people is likewise unknown but it has been suggested that one of his assignments led to the death of an innocent child and he could no longer stomach continuing and by helping others in need of help he is trying to make amends for that single death.

The mask and outfit are believed to be a means in which he can not only keep his real identity secret but to also strike fear in wrong doers.