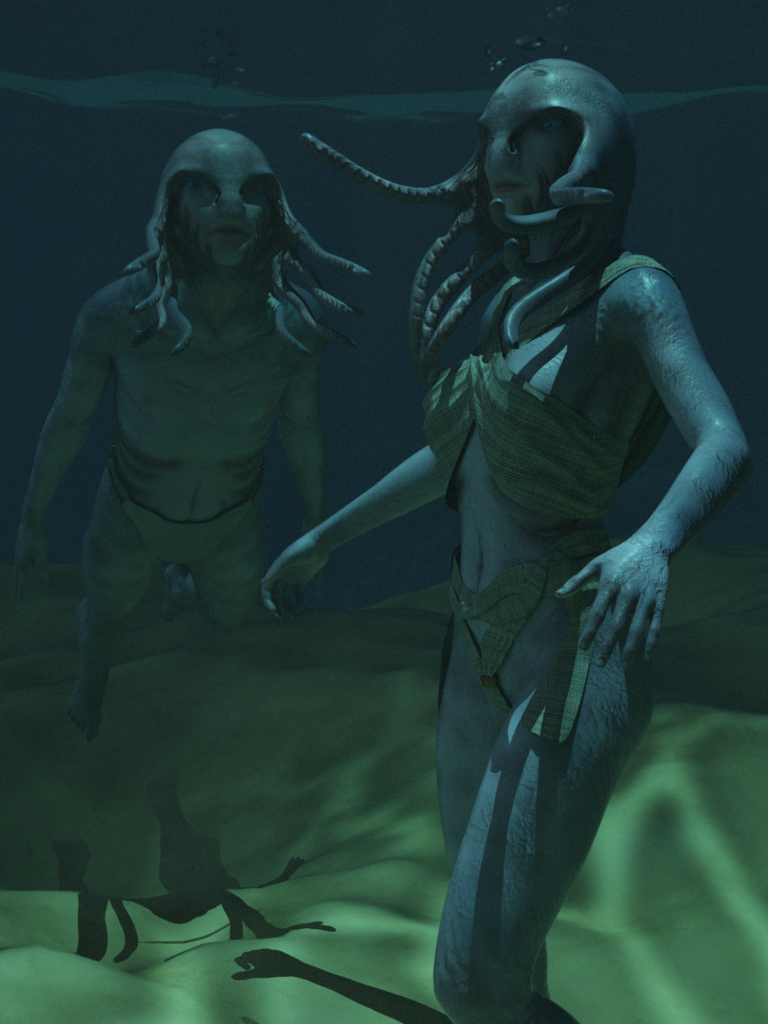 CLEA knowns very little about the Glissen. They were not even aware of their existence on Earth until Lir joined the Menagerie and reported the presence of an invasive alien race. Since then Ocean Deep has reported their hostile behaviour and Beach Patrol has also mentioned encounters. In all instances the reports indicate the Glissen will attack without provocation. Though their ultimate goal is unknown scientists speculate the race needs our underwater resources and will remove anything that gets in the way.

If they had been a land based race then in all likelihood the Glissen would have considered humans the biggest threat and attempted to eliminate mankind. However since they are aquatic they have chosen to attack and eradicate underwater races they consider a threat.

How they arrived on Earth is unknown, though history has recorded sighting of USO’s throughout the centuries.  Based on where the Glissen have attacked there is a good chance they have a large transport ship somewhere at the bottom of the Pacific Ocean. To get past the Eopua patrols scientists have a theory that the Glissen may have some sort of cloaking technology which might also explain why their ship has never been “seen”.

Though the attacks seem to involve groups of warriors there is a good chance the Glissen have smaller craft with stealth tech which would explain how they can approach and attack before anyone has time to respond.