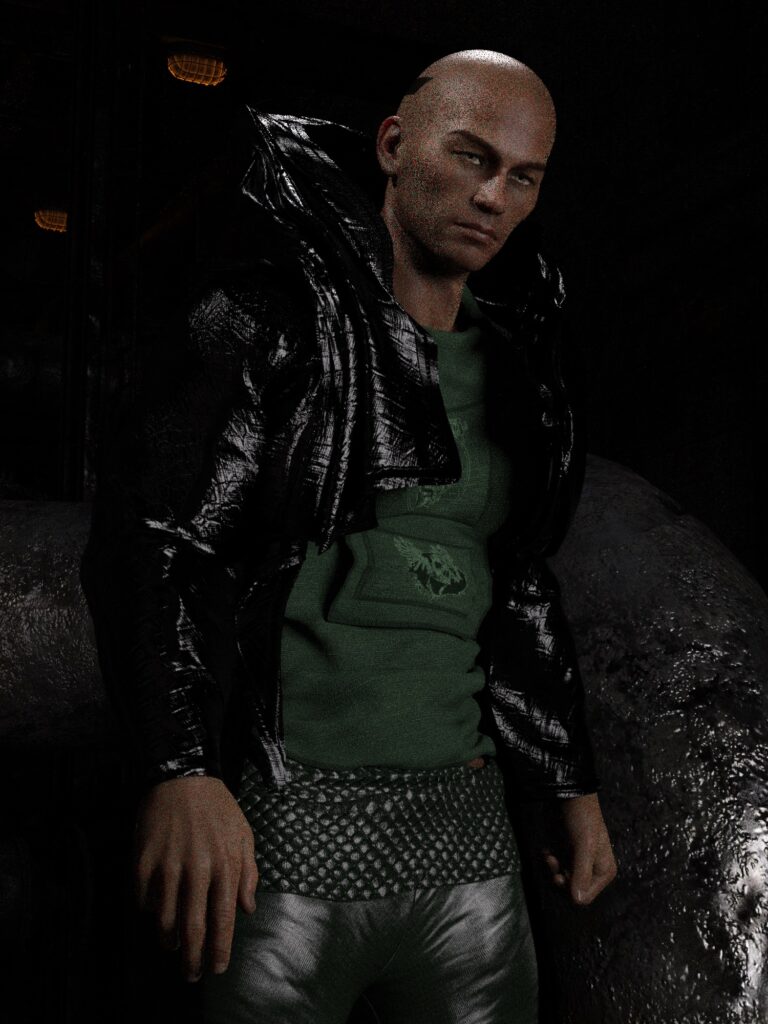 Originally Richard Simmons would never have appeared on CLEA’s most wanted list. Around the world there are many “Eco terrorists” and since they do not usually commit crime rated above annoying vandalism, CLEA generally has no need to get involved since most local and national law enforcement agencies can handle the problem. Simmons though is something entirely different and whilst he claims to be fighting for conservation intelligence indicates he uses that as an excuse to gain public support whilst at the same time commits crimes that others pay him to carry out for hefty sums of money.

Piecing together his history, Greenhand was not an individual but an eco-protest website created by Zachary Doyle. Simmons joined early on with Doyle when he began recruiting members so that the issues on the website could gain a public face, by having real people turn up and show their displeasure at environmental concerns.
With a small group Doyle became the leader but when their “work” did not get noticed it was Simmons who suggested a more direct means of getting the message out by attacking various labs and research centres.

Normally a small group would never have funds to travel around the world and perform such deeds but Simmons somehow came up with the cash. As Greenhand began to take more extreme measures, Doyle began to suspect there was more to Simmons that he had first thought. He was perhaps the first person to realise that the violent acts the group were performing were being orchestrated by Simmons for various third parties.

By the time he reached this conclusion Doyle wanted Simmons out of the group. Simmons though convinced everyone that they perform one last act against a lab in Spain. The plan was for the team to gather information about illegal animal experiments and then blow the lab up. However when an armed security team approached Simmons decided to detonate the bombs early, after everyone but Doyle had got to safety.

In that fateful move Simmons got rid of his rival and took control of the group. Doyle though was not dead but was exposed to a live sample Bacteria Z (the “alien” bacteria brought to Earth on the meteorite that “created” Alpha humans). His body was mutated and he would eventually became “Biowarrior” leader of “Biohazard” (whose members would consist of the Greenhand group except Simmons).

With Doyle seeming dead the group continued its campaign with everyone except Simmons being not realising that they were in fact “working” for others. In time the others grew tired of the violence and the group fell apart. Having gained a reputation and found a way of getting rich, Simmons chose to adopt the name Greenhand as his alter ego and use it as a public face for his eco warrior persona.

Instead of a group of “amatuers” he used his contacts to hire mercenaries and then travelled the world seizing control of various industrial installations. Workers would be kidnapped and demands for money and changes in practices regarding the environment would be made. Even if the company capitulated the end result was usually some form of destruction, even by Simmons himself of the local authorities trying to take him down. Since no matter what promises he made never saw an installation being left intact, it was then that national law enforcement agencies and CLEA started to see a pattern, realising the Simmons was working to a personal agenda and conservation interests were merely a smokescreen.

He came close to being caught on several occasions but annoyingly for the law enforcement community, Simmons was always prepared to sacrifice his own hired help which meant he kept getting away. Things became more interesting when Doyle resurfaced as Biowarrior and his “team” began seeking out Simmons. Doyle wanted revenge on every original member of Greenhand and since he had control over all but one that only left Simmons whom he wanted destroyed.

Mercenaries or not, Simmons knew he could no longer work with a threat like Biohazard. Not only did they perform ecological terrorism which dented his reputation but they were also out to eliminate him altogether.

For a while he chose to stay low and Biohazard seemed to lose interest in him. However Simmons knew he needed to level the playing field so he made a trip to the forbidden “Terror” islands (the remnants of Japan that was off limits to everyone except a few select scientists). Once there he obtained several samples of Species Beta. These were animals and fauna that had been mutated by Bacteria Z, in much the same way as some human family genes had been mutated to make them Alphas. Though Simmons has never told anyone what exactly he took, by his own accounts he believed he was the only survivor of the excursion inland which resulted in the loss of sight in his left eye.

Agencies around the world including CLEA and the International security group guarding the islands were not aware of any “thefts” until on one occasion during a terror attack Simmons released a mutated carnivorous plant and then during another incident he released a huge carnivorous worm.
With a Species Bata “problem” having breached containment and seen by the government officials who had set up the International security group felt it prudent to allow others access to the top secret knowledge but only top brass at CLEA and other “chosen” agencies were given clearance to view the files relating the Species Beta animals.

This was how it CLEA was able to piece together the facts and determine that Simmons had made an illegal field trip, that would then be corroborated by the later appearance of “Skullcap.”
From the files CLEA is aware that under normal circumstances the creatures cannot be controlled easily leading psychologists to believe Simmons only obtained the creatures to counter the threat posed by Biohazard. This seems to be the reason he only uses them as a last resort when all else fails. Whether he has access to any others remains to be seen. Until then capturing Simmons and finding where he gas hidden his “samples” remains a top priority.