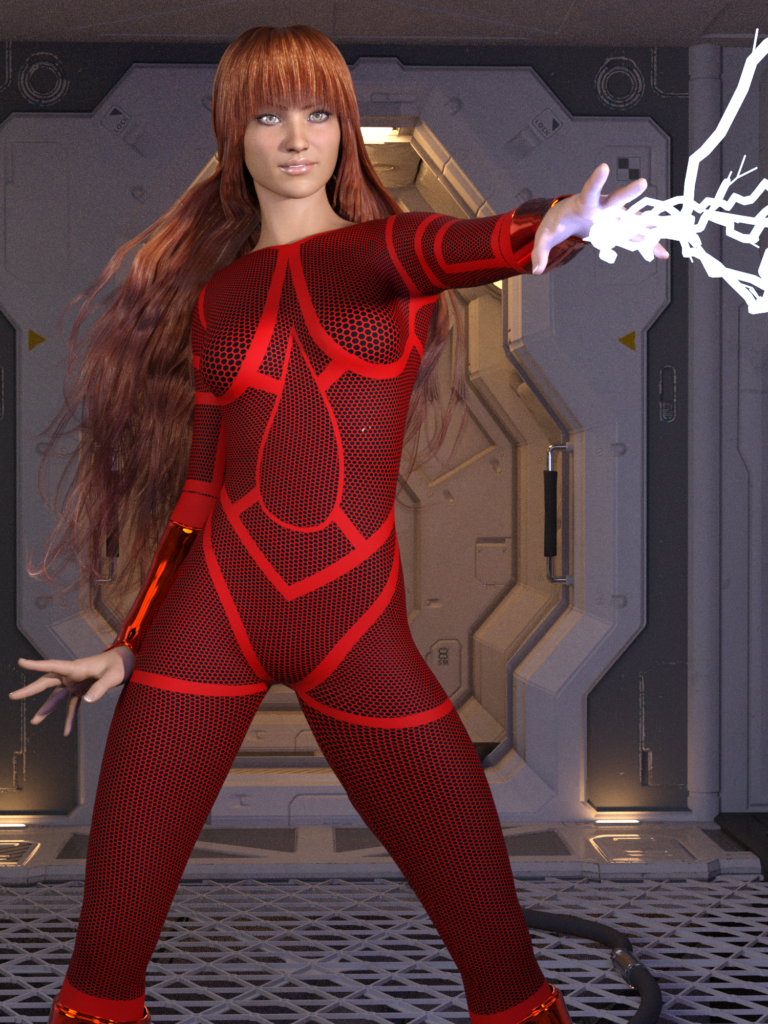 Piper Hollister is one of a number of cases of missed opportunities. Before her Alpha abilities activated she actually worked for the Pacifica Police Department. By most respects that should have set her on course to become a White Guardian.

However she was actually attacked and raped by one of her male colleagues, another police officer. In shock after what had happened she was overwhelmed with feelings of guilt, that she had somehow brought the attack on herself. She also felt “dirty” and spend hours in the shower.

Returning to work the next day she was a shadow of herself and remained that way for a week until she finally confided in another female colleague. She provided Piper with support and so the pair of them went to see their Captain. Since there were no witnesses and she had got rid of any forensic evidence, the Captain suggested they handle the problem internally rather than having a failed trial getting bad publicity to the PPD. By now she was already in the transition phase of going from Alpha Inferior to Alpha Superior status, but her mind has been so muddled with what had happened that she did not even notice. Thinking that if a trial was doomed to fail Piper allowed the department to handle the problem. All that happened was her attacker apologised was suspended with pay for two weeks and then agreed to go on an anger management course.

When she heard that her attacker was in effect getting a paid holiday, she was filled with anger and it was that anger that triggered her Alpha abilities for the first time. Her attitude changed at work and she began to lose control of her emotions and argue with superiors. She ended up getting suspended herself only without pay. Now with a temper that refused to die, whilst at home she made good use of her time and started to experiment with her Alpha ability and learned exactly what she could do.

Her attacker was back at work before her so by the time she returned she was ready to inflict justice, her justice. Walking out of the lift and into the department she let rip, shooting an electrical bolt right at him. The Captain tried to call for help but she was on to that and disrupted the telephone system. Having stepped over the line she attacked any officer that approached and once she had finally had enough, Piper left the building only to be met by a squad of armed officers.

As they knew Piper was a fellow officer they tried to talk her down but she was way past the point of no return. Instead of targetting them she fired bolts at passing vehicles, disrupting their operating systems and turning them into rolling missiles. The carnage was massive and by the time the dust clear Piper had gone.

Her actions meant she had to go on the run but the criminal community noticed her and she soon got work as a mercenary. That though came at the cost of always being on the run. This finally ended when she performed her ultimate act of defiance and started working for Black Shadow as Danny “the Drill” Kendrick’s bodyguard.

Ironically her attacker would rape another woman and this time leave evidence but by then his conviction would not help Piper for she had already descended into darkness.