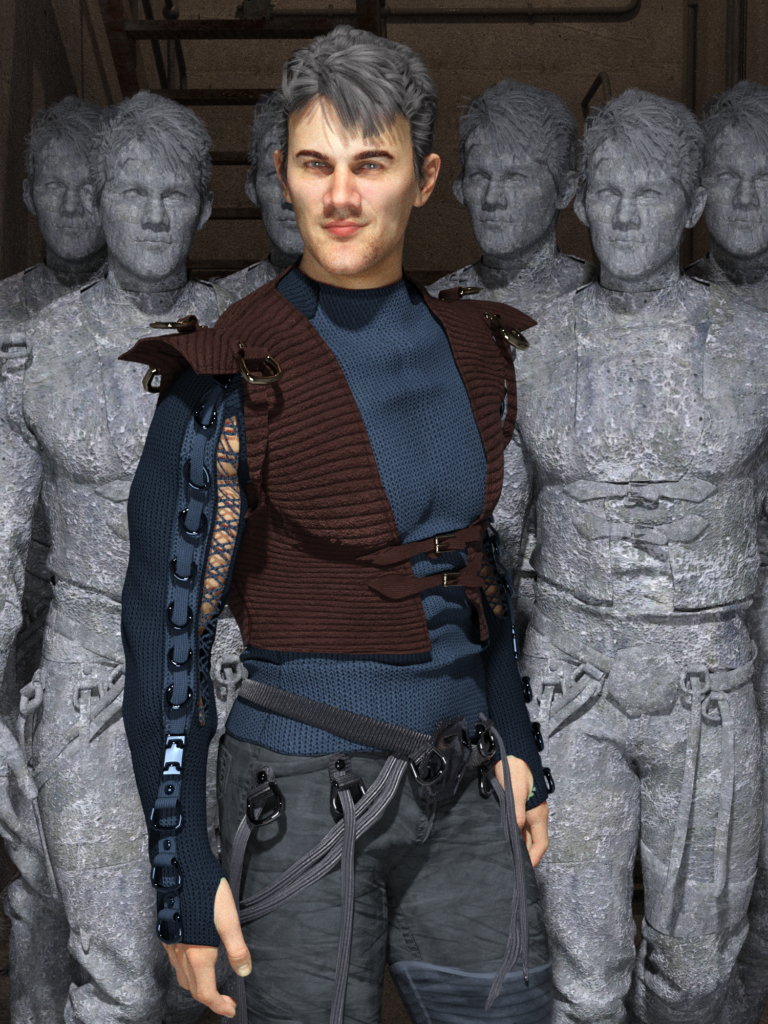 James Carlisle is literally a one man army for though he is only one, in a matter of moments he can create duplicates of himself and swarm his enemies.

Able to produce temporary stone copies of himself, Carlisle market himself as a one man army. As a freelance hired help for the highest bidder he likes to work alone. In the past he joined in with other criminal teams but arrogance in regards to his own abilities meant anyone else could not work with him.

In the beginning after his Alpha abilities activated he considered the life of a hero. However having be born into poverty and seeing his parents struggle to bring up the family, he decided that his gift was a means to make his fortune. As heroes do not charge for their services he began his Alpha Superior “career” by becoming a one man protection racket. This paid well but in time the enemies of the people he was protecting grew irritated. Several disastrous attempts were made on his life and when the organised crime groups could not eliminate him they instead tried a different tactic and had him work for them. Though he was not keen on becoming a criminal the monetary rewards were too big a temptation and the rest was history.