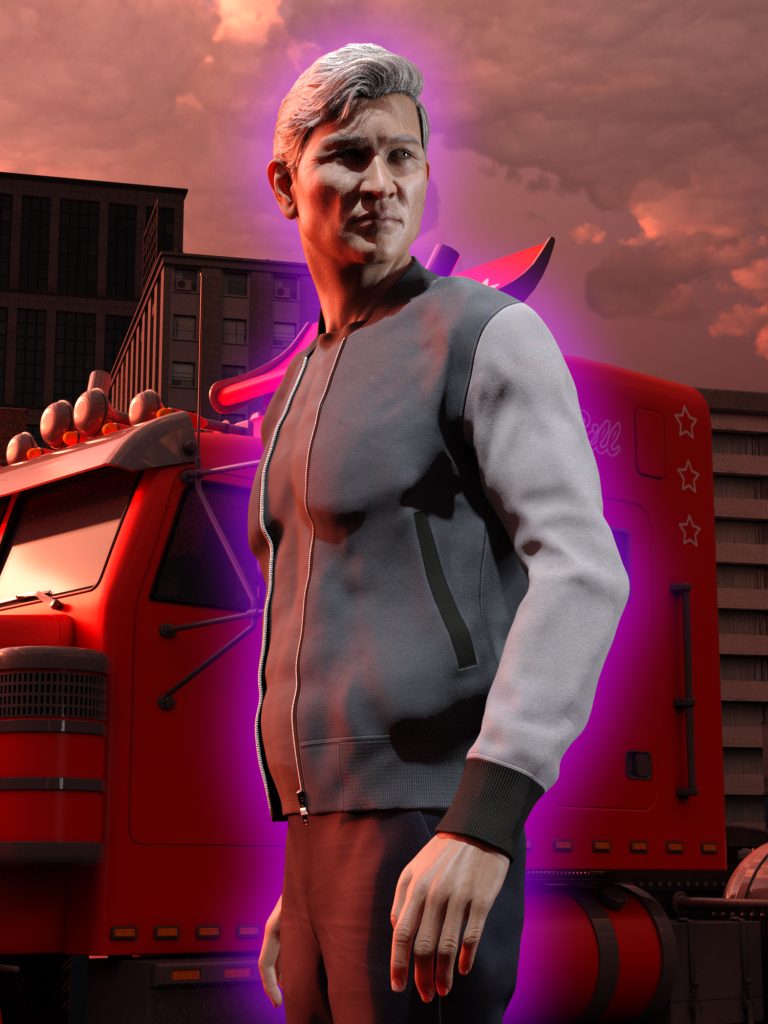 Blake Slattery is another one of the individuals that made it to our world during the “Breach Day” event. On his world there are many vehicular lifeforms and he had become a petty criminal. Wanted for his crimes, he was being chased by police when the breach point opened within a few hundred feet of his location. Thinking it was fate intervening on his behalf he headed through it to our world. The breach closed behind him allowing him to escape justice.

In our world he discovered that there were not that many vehicular lifeforms and with little competition he decided to take advantage of the situation and began hiring himself out as a mercenary. This is how CLEA has learned of him for he is always selling his services to organised crime and consequently finding his way onto the news.

Unlike other vehicular lifeforms that are bonded to one vehicle he has an advantage in that he can jump from one to another. His favourite choice is articulated vehicles hence his code name.