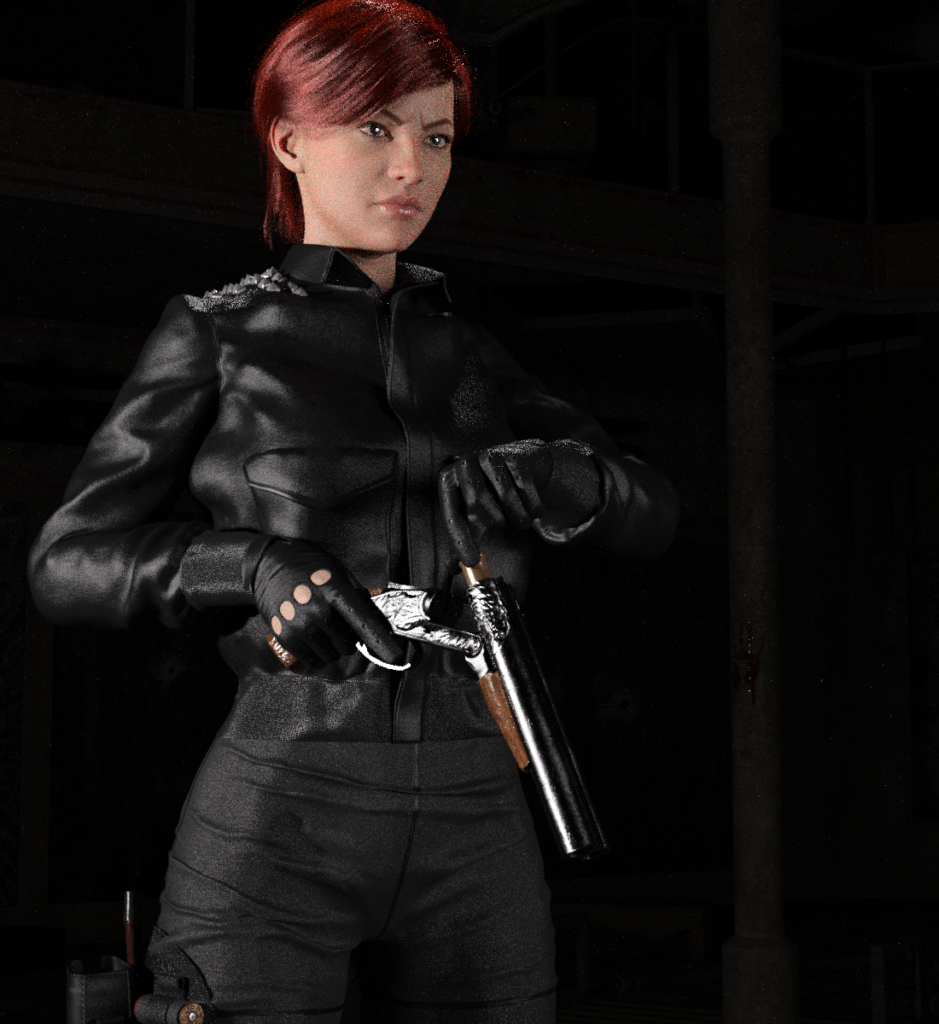 Like most children of parents who dabbled in Magic, Sydney was sheltered from the truth, unaware of the double lives they were having. Even in her early twenties she was in the dark about what they did and whilst they were spending their time hunting down evil, she was having a career as a secretary.

Tragedy struck when she was twenty three and both parents were killed when they stumbled upon a vampire coven. To protect the secret of their existence both her parents were killed and their deaths made to look like a car accident. Sydney did not believe the official reason and started trying to find the truth.

Eventually her grandmother has to reveal to her the hidden world that was all around her that few people saw. Sydney was told that her parents  did not want her from following in their footsteps and so had forbid anyone telling her about the demon hunting activities. With Sydney coming so close to finding the real cause of their deaths, her grandmother felt that she had no choice in telling her the truth.

Grandmother explained that at one time she had been a witch. It was a tradition that went down the family lines of daughters. Choosing to retire when she got to old, Sydney’s mother had then taken over. After Sydney was born and was tested and found to have no magic wielding abilities it was then decided to hide their magical heritage.

Though what she was being told was hard to believe, Sydney had no reason to suspect her grandmother was lying to her. When her grandmother explained that vampires, the children of the Demon Y’Creft had killed her parents, her mind was filled with anger and the desire to seek revenge. Though her grandmother tried to dissuade her from her intended path due to a lack of magic abilities, Sydney would not back down. Therefore the only thing that she could do was to try and protect Sydney by handing over an amulet, the Demon Star Totem which glowed in the presence of dark magic.

After explaining that not all vampires deserved to die, Sydney was sent to find the renegade vampire “Kirkwood”. Though no longer in the game of hunting demons, her grandmother still kept herself abreast of the magical rumours and knew that Kirkwood had recently been exiled from the Forstner House and was on the run. She believed that if Sydney could find him then he would be the best person to teach her how to finght vampires.

It took Sydney some time to actually find him, and no longer working meant she was relying on her grandmother’s money. Tracking him down gave her some insight into the dark seedy world of shadows where the magical entities hid from the real world. Kirkwood was not pleased in her finding him as she had created a lot of attention which he did not want. However since Sydney’s grandmother had once helped him track down a renegade vampire killer, he still owed her a marker.

Despite being a rookie, Sydney learned fast although she was hopeless in handling swords. Kirkwood therefore suggested that she switch to firearms instead and taught her how to make her own silver bullets, which would certainly slow down any vampires she encountered. By the time they parted company she had progressed enough that she was actually able to help Kirkwood when some hunters from the Forstner house tried to ambush him.

From that moment onwards she abandoned any hope of a normal life and became a vampire and demon hunter. In time she adopted the name “Helsing” in reference to the vampire hunter from Bram Stoker’s Dracula story.