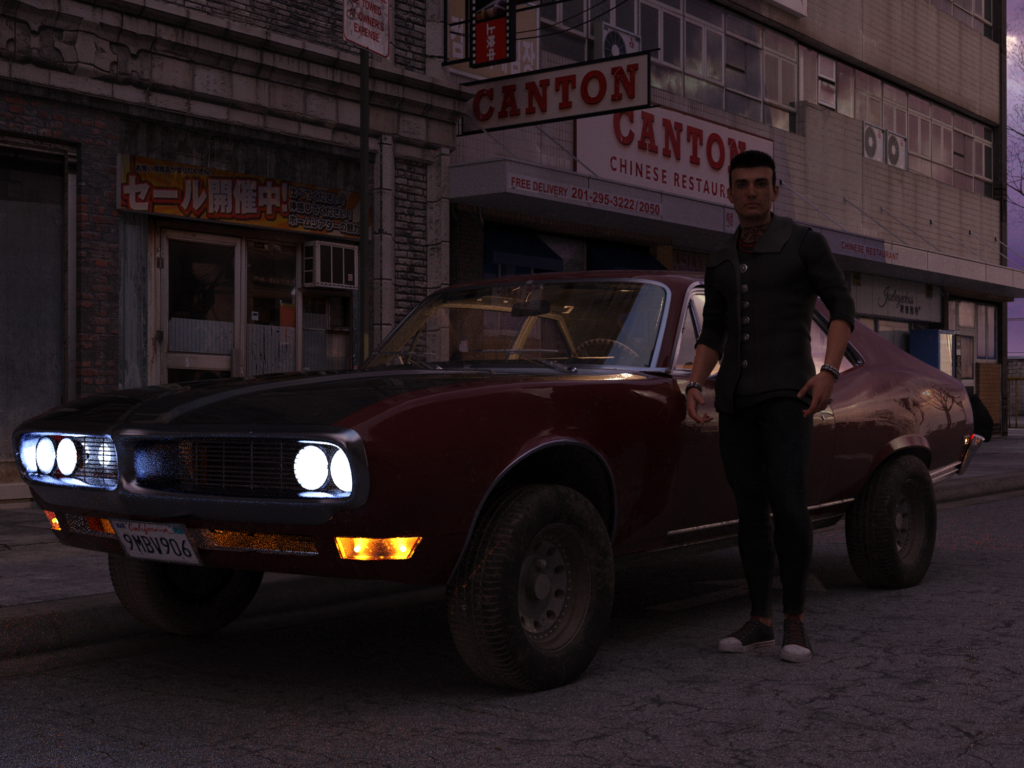 Brendan could never imagine that finding a pendant would change his life for ever. At the age of twenty one, after breaking up with his girlfriend he got drunk, very drunk and walking home he literally staggered and fell down a small embankment and ended up in a stream. Soaked and now angry as well as being drunk as he stood up he noticed something glistening in the moonlight under the surface of the water.

Reaching for the object, as he made contact he heard a voice in his head say “You are now the seeker, protect this world”. Of course he was very drunk so he thought it was his imagination that was running wild so he shoved the object into his pocket and staggered home. Then when he awoke the next day he thought nothing of it.

Over the course of the next few weeks he went through a series of mysterious mishaps and for a while thought he was suffering from bad luck. Then one night something attacked him but before he could fight back it “vanished” into the shadows, literally. Then he heard the same voice again repeat “You are now the seeker, protect this world”, only this time he was not drunk.

Reaching inside his pocket he found the pendant, only now the inscription was glowing. Unsure what was happening he found himself saying “I don’t understand”. In a flash of light the pendant vanished and in front of him there was now a car. The door opened on its own. Though it was all strange and he did not understand what was happening he felt obliged to step inside. The instant he did the door shut and the car took off at high speed. Before it gone to far outside became surrounded by a strange glow and then there was a flash and the car suddenly slowed down, only he did not recognise the area. It finally stopped outside a house and the door of the car opened on its own.

As Brendan stepped out the car vanished and he was now left with a pendant. Presuming the house was important he walked up and knocked on the door. Daliah Conteh aka Twilight greeted him. Although he had no idea who she was, she knew all about him. She explained that she was skilled in all things magical and had felt the emergence of something new. Whilst an odd statement, it was not really the strangest thing that had happened that night, especially as he had just discovered he was no longer in Ireland but had somehow travelled to America.

Daliah examined the item and confirmed it was a powerful magic totem, and the one Brendan had found was a “seeker” since it was designed to find things, more specifically it could also find magic. Having figured that Brendan lacked understanding it had targeted a powerful source of Light magic and brought him to Daliah. She explained that such a powerful magical artefact could expose evil magic sources which is why he had been targetted by them.

Not sure what to beleive but certainly not wanting to mess in the occult, Brendan asked Daliah to take the totem off his hands. She though refused. Though she had the means to claim it, she was convinced that it had chosen him for a reason and she would not interfere in case that reason was important. Instead she suggested that in the fight against dark magic he could be very important and therefore it might be more prudent for him to learn from her.

That took some convincing but Brendan accepted as he wanted the attacks to stop.

In the end it took several months for him to learn everything he needed to master the Totem. Once fully versed with using the Totem, Brendan returned home, only to find that he had been declared missing after vanishing without a trace. Whilst he considered putting the record straight, Brendan thought it might be best if he stayed “missing” since if evil was looking for him then it might attack his friends and family to get leverage. That was the hardest decision he had made in his life.

Using the totem he chose to return to make a new life in America. He then set himself up as a Private Investigator, specialised in finding things. Though most Totem bearers were not supposed to use their Totems for personal gain, in Brendan’s case it allowed him to build a cover story for when he had to deal with “secret” cases involving the occult.

In time he would come to assist other mystics in dealing with dark magic threats and having the means to help them track down and find evil earned him the name of “Huntsman”. Of all the known Totems, Brendan has the only one that seems capable of transforming into an object that resembles a mode of transport. The choice of vehicle if probably a subconscious decision made in Brendan’s mind and created due to the bond he has with the Totem. To avoid blowing his cover he sometimes has to leave the Totem in its vehicle guise but this does not sit easy with him since he knows it is a target for Dark Magic. However he had learned that with the right concentration he can get it to transform into different types of vehicle which will blend in better with the surroundings and not be so obvious. This is important since once it stops actively looking for what it is seeking, it no longer   emits magic that evil can easily lock onto.