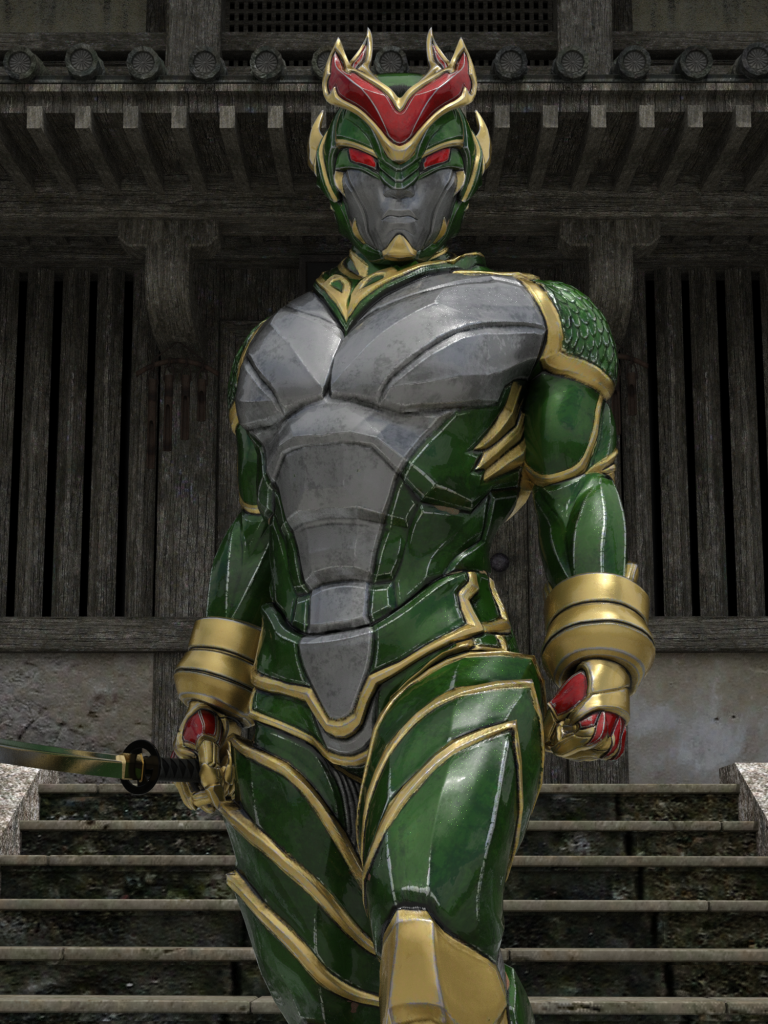 The Jade Emperor is the leader of the assassins group known as the Twelve. The name is merely a title and historians believe has been used by both male and female warriors.

The current Jade Emperor is believed to be a man, given the shape and profile of his armour. However nobody has seen his face to verify it. This is because the only people to see his face are the other members of the Twelve and the few people he trusts. Rumours are that those who know of the Twelve say that ‘whomever gazes upon the Jade Emperor’s face’ will not live to remember it.  Total anonymity therefore make its difficult to know when a new Jade Emperor is in control, unless there is a change of sex, i.e male to female or female to male.

Though unproven, it is thought that the Jade Emperor can use his/her anonymity to an advantage by conduct business in the real world. This allows him or her to look for prospective members for the group without revealing who he is.

It is believed that the only way a new Jade Emperor can be appointed is by one of three ways and all involve the death of the outgoing leader.

The Jade Emperor’s main role is to decide whom of the Twelve has to carry out a contract. He/she has the option of performing the assassination personally ir not issuing the contract at all if it is considered dishonourable.

The secondary role of the Jade Emperor is to hand out punishment. This not only applies to member of the Twelve who have broken the rules but also clients who have tried to deceive the organisation. As with contracts the punishment is almost always a death sentence, although individuals are allowed to plead their cases if there is mitigating circumstances.