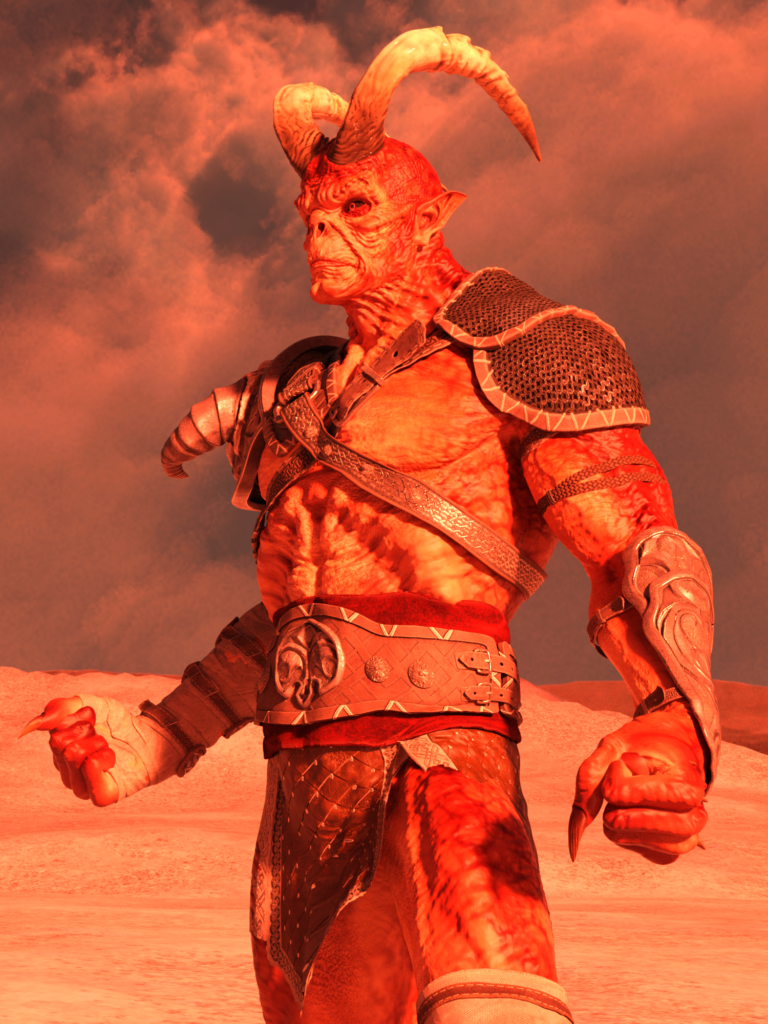 Juzon, also known as the War Demon was born just after the truce between his race and the Angels. At the time when it was difficult to claim souls since neither race could directly interfere in the lives of mortals. Most of his kin found ways around this with making deals with specific people.

Juzon took the idea one step further and started to visit battlefields, whereupon he would approach dying individuals and offer to save them in return for their souls. Some preferred to die so he gave them an alternative and that was to do his bidding. By pledging themselves to him, anyone they killed would forfeit their soul to him, having been tainted with his dark energy.

The best past of Juzon’s plan was that he could make the same deals to combatants on both sides of a conflict. Those that offered to work directly for him could find themselves getting killed by their counterpart on the opposing side, thus instead of keeping their soul they would have it taken by another.

This has allowed Juzon to climb up the demonic ranks.