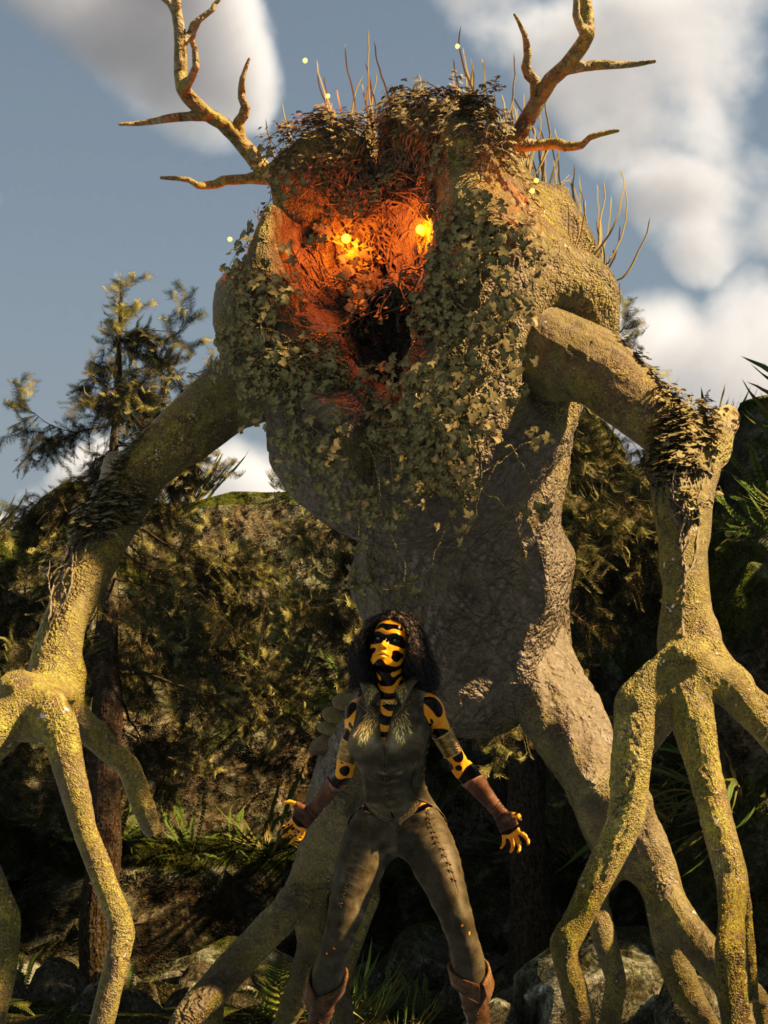 These two were first sighted in a South American rainforest. Disturbed they attacked a party of tourists. Where they had come from is something of a mystery. Clearly Barkley is a Species Beta which would indicate that he was “removed” from Terror Island. Since Kacela appears to be with him and they do not have a specific symbiotic relationship CLEA scientists assume that the pair were being used in illegal experiments and somehow escaped. Since many species Beta hybrid can wear a human guise but then adopt an animal form with different “shape” and Kacela cannot change her form, only her skin, this might indicate that she is some sort victim. Though she has no human behavioural traits this might indicate she is species beta that has been “modified” to appear human. However CLEA scientists have not ruled out the idea that Kacela might be a human and “changed” into a species beta, the process having rewritten her human reasoning.

Though technically neither of these two are “criminal” they appear on the watch list as they are highly dangerous and if they feel threatened they will attack without provocation, potentially harming civilians. Twice the Menagerie has been tasked with capturing the pair with a view of perhaps returning them to Terror Island but on both occasions the pair escaped into the forest.