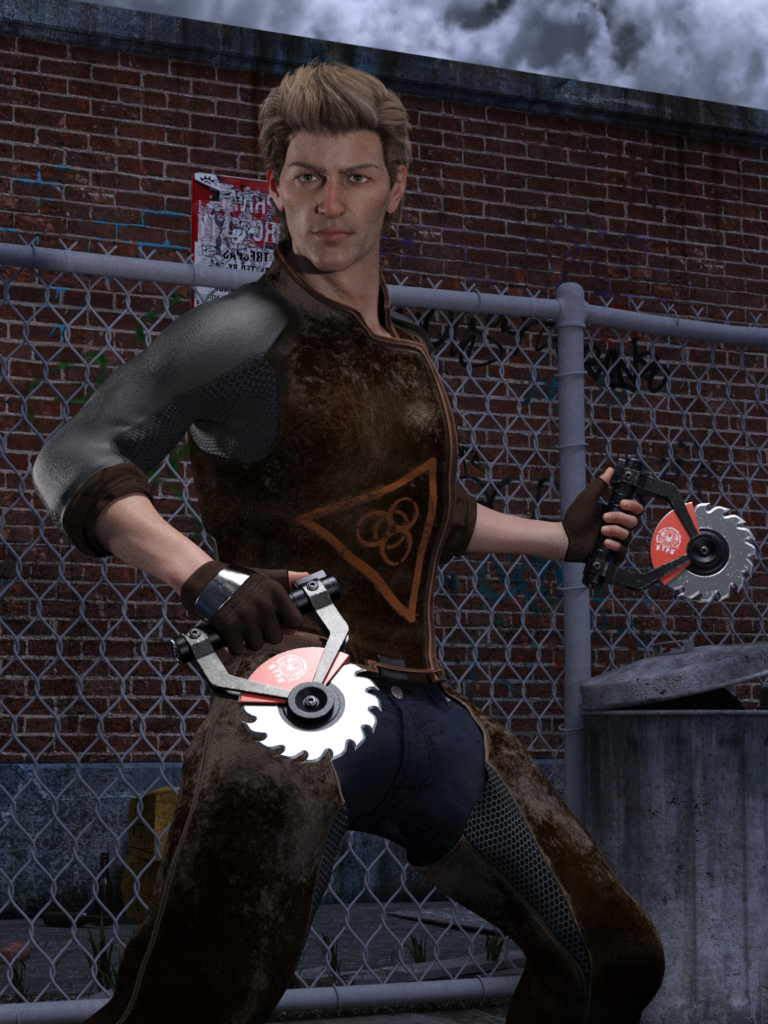 At one time Jonas was an average “thug”, employed as a fixer, to intimidate people who were problems to his boss, a gang leader. Much of his adult life consisted of a string of offences, mainly assault and extortion related. In his line of work, the life span of such operatives usually did not last that long. However Jonas was always careful. That left his enemies with only one option. They came after his relatives and killed everyone close to him.

Racked with guilt and anger, Jonas had a complete breakdown and went insane. Wanting to see the look on the faces of those that killed his family close up he built himself a pair of horrifying weapons and then went on the rampage. The weapons were bloody and they did not kill quick which allowed Jonas to savour the moment.

Once he’d had his fill of revenge he was alone and he had created a whole new group of enemies that were coming after him, and they were not planning on allowing him to get close. Injured from numerous bullet wounds, Jonas approached the one person that he had some common enemies with, Doug Claremont.

Doug patched him up and offered to protect him if Jonas worked for him. He liked the amount of fear Joans could create and felt it would be good for as an enforcer. Since then Jonas has worked exclusively for the Claremont Cartel. Though he is known to have been responsible for many murders the evidence and Doug’s corruption means that there is little evidence that can be used to convict.

Whilst working for Doug, Jonas named himself “Killer Saw”, and often when fighting victims he will usually ask them to call him “sir”, a reference to his blades and a sick joke before he finishes them off.