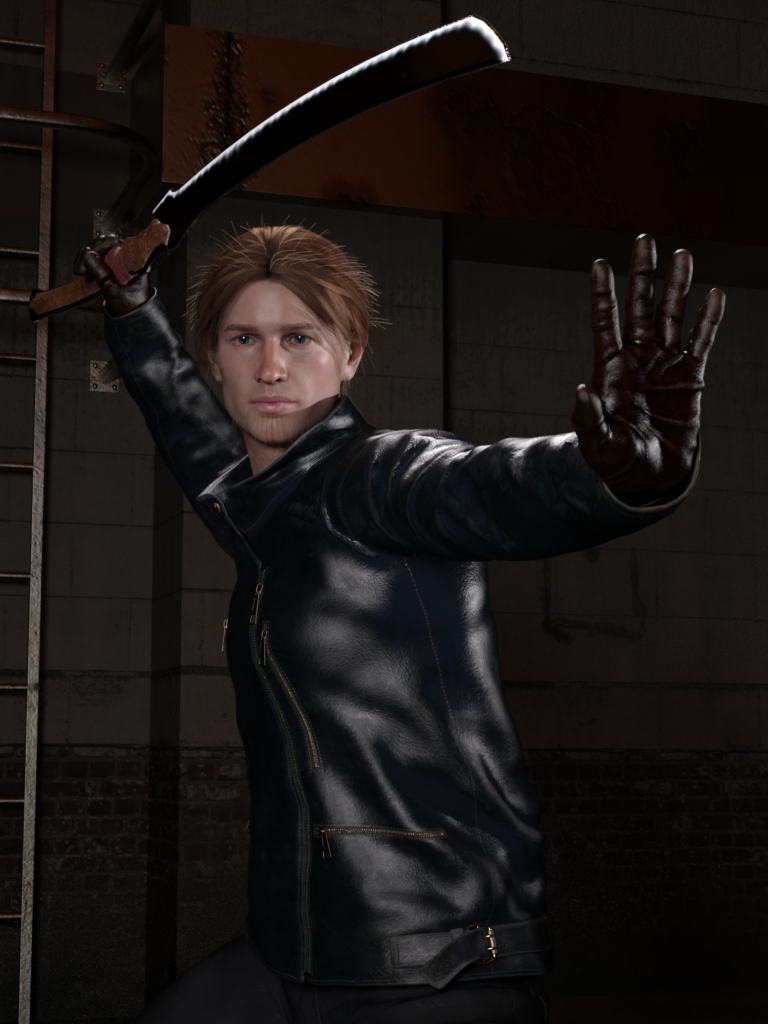 Now classed as a rogue, Kirkwood was head of security for the Vampire House of Forstner for nearly two centuries. Whenever someone threatened the security of the coven he would often choose to deal with the threat personally rather than send a subordinate. As a master swordsman, plenty of vogue vampires fell to his blade. Though he was killing his own kind, his unwavering loyalty to the House Elders, Edgar and Isolde was the one thing that kept him strong and reassure him that he was doing the right thing.

This all changed when a new vampire, Bethany, arrived at the House. She had been turned by a low ranking member of the Coven Thomas against the wishes of the Elders. He had seen her around, a few times having been invited to stay by Isolde. Then after he returned from a “business” trip she had gone. This was not unusual but when Thomas approached him to ask what had happened he became curious.

As head of security he needed to know of any threats and a member of the coven simply vanishing was a concern in case there was a bigger threat. If was whilst investigating things further that he learned that Citadel had managed to kidnap Bethany. Naturally he felt it was their duty as vampires to get her back and so he asked for a meeting with the House Elders in a bid to propose a rescue mission. Before he could even ask that though they then told him that Citadel had learned about the vampire race and were threatening to expose them. To placate the group the Elders had decided to reach a compromise and hand them over a biological sample, Bethany.

Kirkwood was shocked when he heard this. For as long as he had been a member of the Forstner House the one constant in vampire society was that they protected their own. Isolde explained though that as Bethany had not been turned with their permission then that “rule” did not apply. Furthermore they told him that there would be no rescue mission.

Furious at their actions, Kirkwood told them that he would not stand down and if the House was not going to dispatch people to rescue Bethany then he would go alone. He was then warned that should he go that then he would be exiled and hunted as a renegade. Before parting company Kirkwood suggested that they “were welcome to try”.

Having technically exiled himself, Kirkwood was then successful in rescuing Bethany. In the time immediately afterwards he taught her properly all she needed about being a vampire. He then trained her to fight as well as him. Though she wanted to stay with him, Kirkwood knew the House would send people after them and the pair in one place would be much easier to deal with so the parted company.

From then on, he decided that as he was going to be treated as a renegade he would act like one and so dedicate his life to bringing down the Elders of all the covens. Though he was aware such action could spread chaos and bring an end to vampire society, he believed the time of the elitist leadership was over and if the vampire race failed as a result then it was perhaps not such a bad thing.

Since then he has encountered other heroes and leant his sword to their cause. He had also crossed paths with Bethany but generally he prefers the life of a loner.