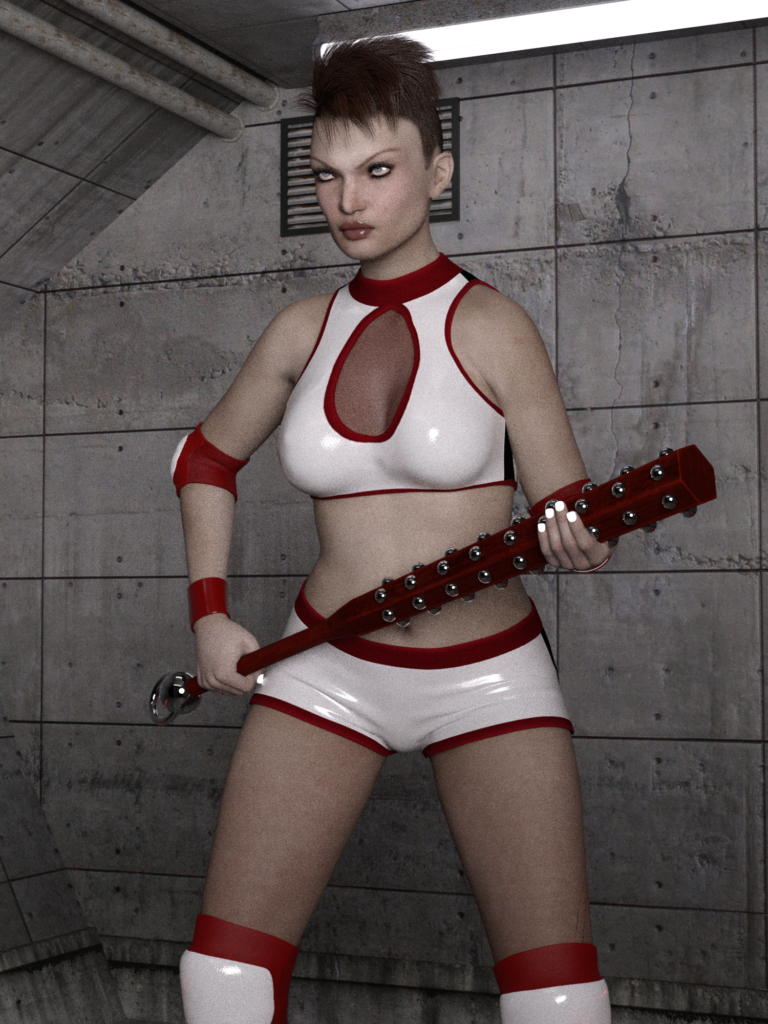 Early on in her life, Melinda looked destined for a glorious career as a professional athlete. Specialising in weight lifting she did well in the junior and amateur ranks. When she turned pro her past performance soon garnered her sponsors. Her only mistake was trusting her coach and manager. This pivotal moment came during an international meet. She had pulled a muscle and her team gave her some drugs supposedly to help with the healing. Considering her age she showed remarkable naivety at the time so it came as quite a shock that during a random drug test she was found to be swimming with performance enhancers.

Disgraced, almost overnight her sponsors fled and to make matters worse both her manager and coach decided to save themselves and state categorically they had nothing to with the drugs. Melinda tried to claim her innocence in the matter but the media had a field day.

Unable to find work in the sport she loved and difficulty finding work else where due to the stigma that followed her around, Melinda eventually found herself in the underground fight scene. There notoriety was considered a bonus and so long as the money was good they did not care about her past.

In the beginning she lost quite badly. Then she was approached by a stranger who offered her a way forwards. He worked for a pharmaceutical company and they wanted to try out an experimental drug. As well as a chance to improve herself physically the agent offered to improve her financially. Having made a mistake with drugs once before, this time she knew what she was doing, and she did not care.

The company had been unable to be granted human trials since the drugs had a nasty side effect they had not quite worked out. Their scientists figured that if they could test new batches on human volunteers then they might actually solve the problem through elimination. Of course that meant everything had to be made unofficial, hence the agent recruiting from underground fight rings.

When Melinda was first given the drugs her muscle mass began to improve, as per what they were supposed to. She soon found her injuries cleared up far quicker which was another bonus. Then she found she had trouble keeping her emotions in check. This had happened on other batches and when she learned of that she met with the agent and asked him to “fix her”. He simply told her that she had been paid and that was an end to it, so she beat him to a pulp.

In time she would learn that an undercover investigation had led to the company being shut down and managers and scientists had been jailed. With them inside that meant she was stuck with her “condition”. However by now this had become useful because she was doing well with her fighting “career”.

Strong and dangerous, she was virtually unstoppable. Being that successful though meant that challengers were few and far between since nobody wanted to go up against her. One person who was impressed was Deborah Gates. Having seen Melinda in action Deborah thought she was just the fighter she needed to take on the challenge of animal hybrids. Offered newer and tougher opponents to beat and a substantial pay incentive. Melinda accepted what Deborah had to offer and very soon she was facing monstrous creatures.

In time Deborah would go on to form the Praetorian Club. Whilst the audience still liked to see humans face hybrids, like gladiators in an arena, they preferred the blood fest of hybrids ripping each other to shreds. This meant there was less work for Melinda to do.

This was when Deborah had the idea of making Melinda her chief trainer, since not all the captured hybrids would fight. Being able to subject victims to violence and torture and coerce them into obeying her, appealed to Melinda’s dark sadistic nature and she became known as the dreaded Lanista.