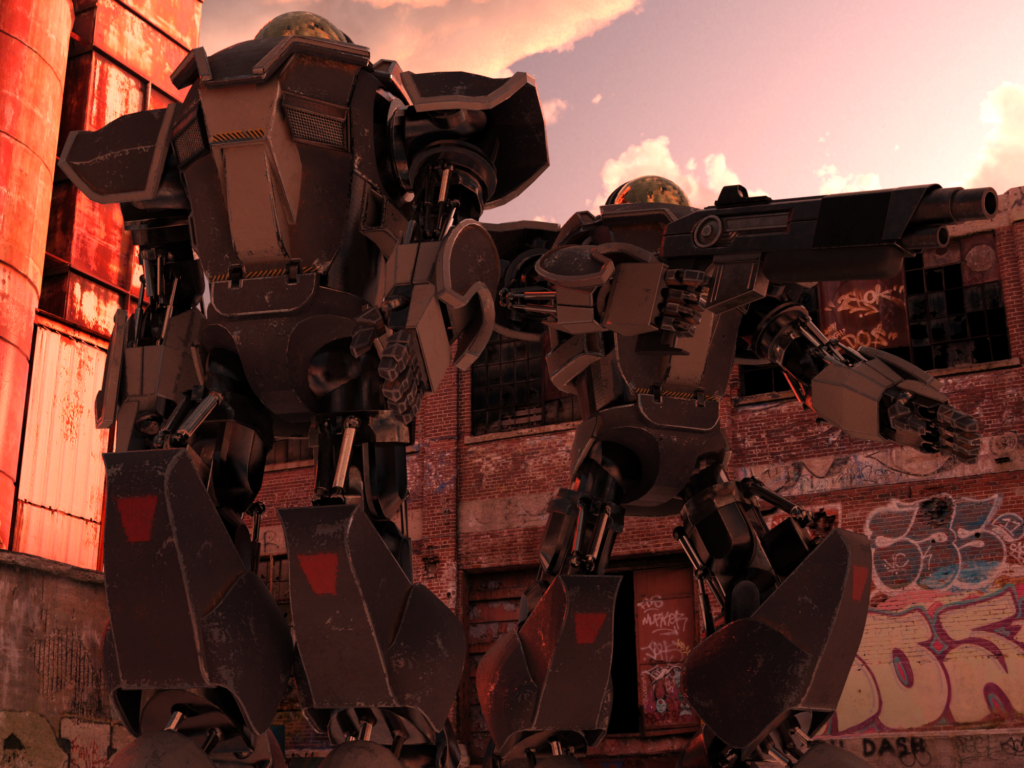 The two mecha units that form the Mars Team are thought to been created by the Protectorate to deal with Alphas that can grow in size and thus cannot be contained by “normal” means.

Whilst Mars appears to be funded by the protectorate there have been notable times when the units have been deployed in a support role to other groups. The general trend is that they will work with other people who are dealing with what the Protectorate might consider “dangerous alphas”. There has therefore been some confusion as to where the loyalties of the two pilots lie.