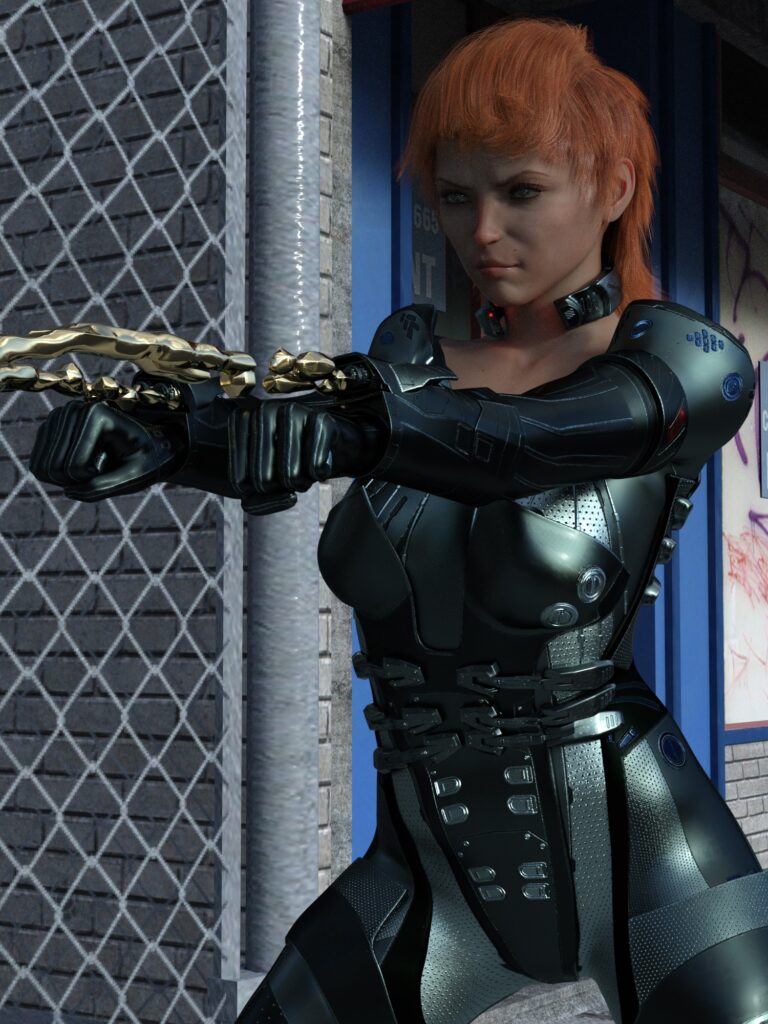 Sara and her younger sister were raised in New Tokyo. Their parents had moved from America when they were just toddlers due to their mother’s work commitments. Since their mother, Mary worked in the field of human biology it did not escape her attention that both girls were Alpha inferiors.

From an early age both of them were told about their possible potential although Mary suspected nothing would happen since an Alpha Inferior making the transition to Superior was rare.

Whilst Olivia was always getting into trouble starting in her teenage years, Sara was the polar opposite and tried to be the best she could be. Olivia’s activities eventually caused a family rift and she was forced to leave the home not long after she turned nineteen. Despite all the negativity Sara still felt close to Olivia and chose ignorance over losing ties with her younger sister.

As Sara succeeded in her career in finance, she found Olivia’s “bad behaviour” extremely had to ignore especially when she progressed to becoming a full blown criminal wanted by the law. Sara guessed that their regular conversations were probably being monitored by one agency or another but even that did not break her family loyalty, nor the harassment from various authorities that brought her in to question the whereabouts of her sibling.

With the shadow of Olivia hanging over her it was incredibly hard for her to progress up the career ladder but with hard work and determination she made it up, reaching the point of becoming assistant director at the company she was working for.

Then all hell broke loose for she began the change to Alpha Superior. Aware of what to expect the “illness” leading up to the transition did little to concern her. When her Alpha abilities activated the first time that was a shock for she was on the phone getting stressed with a client and suddenly noticed she was “bleeding” metal.

After that incident she took her first holiday in three years in order to learn her unusual abilities. That was when she discovered she could create a stream of metal lie substance from her body which would harden when it came into contact with another object and if she touched the metal again it would revert to liquid form and then disintegrate (but only after it had previously hardened).

During the “experimentation” holiday she also tested her ability on insects and discovered that after learned that once she touched the metal coating they began moving, none worse for their ordeal. After that she progressed to small mammals and the same outcome happened. Though she hated the very idea of harming a living creature Sara wanted to know what might happen if she accidentally triggered her ability in the presence of another human. All the while she was getting to grips of her unusual talent she remained in contact with Olivia.

Her sister seemed to be more excited than Sara in regards to what she could do but Sara explained on more than one occasion that she wanted to know how to control her ability so that she could keep it hidden. Having worked so hard to where she was Sara did not have any designs on becoming “one of those Alpha heroes.”

By the time the “holiday” was over Sara returned to work and nobody was aware of her secret. For the next year she kept knowledge of her gift from everyone except Olivia, hoping to live her life “normal.”

Then she had a major shock when a courier arrived with a video message on a solid state drive. Playing it Sara saw a masked man explaining Olivia had been taken after upsetting the wrong people and the only way she was going to see her sister alive again was by paying a ransom. Additional footage showed Olivia caged up and Sara feared for her life.

Taking the drive to the police met with a negative response. Some even suggested that Olivia was perhaps getting what she deserved. Sara therefore began to raise the ransom money. After she exhausted her own funds she asked for help of friends and even the company she worked for but there was still not enough.
Extreme times called for extreme measures and with time running out Sara found herself committing several robberies, using her Alpha ability to pull them off.

The ransom was paid but instead of her sister she received another message from the masked man. He told Sara he was impressed by her Alpha ability and had need of it so unless she did as he asked Olivia would be harmed. Again there was footage of her sister being harmed and evidence of the date so Sara knew she was still alive.

Caught between a rock and a hard place, Sara complied with the demands and began committing a string of crimes across New Tokyo. She was aware that the police or some other agency would capture her because her Alpha ability was limited. The kidnapper also seemed aware of the problem because a year later he sent her a special custom made suit that had internal probes which cut into her skin and fed wrist mounted blasters. This allowed her to turn her Alpha ability into weaponised delivery system by allowing her to spray targets like a garden hose.

More jobs came and CLEA became involved as her notoriety grew. Sara hated what she was doing but was so scared about what might happen to Olivia that she performed every duty that was asked of her.
Two years on Sara knew the law enforcement agencies had eventually worked out her double life and were moving in on her. Being captured would certainly see Olivia dead so she went on the run and a few weeks after that the masked man requested he meet Sara at an abandoned warehouse.

When she went inside she was not sure what to expect least of all to see her sister standing their unharmed. For a few brief moments she though the masked man had finally released her and then Olivia explained the whole kidnapping incident had been a ruse. Sara wanted an explanation so Olivia told her that she wanted Sara to understand the power being an Alpha Superior could give, and that she had shown her how to embrace her destiny. Olivia called it freedom but Sara called it betrayal. Finally Olivia tried to persuade Sara to join with her and they both could work side-by-side and live the easy life. Sara though could not control her anger and immediately went on the attack.

Sara was understandably angry. She had lost everything of the life she had built for herself all by a selfish sister who only had her own interests at heart. The fight between them was brutal but Olivia had far more fighting experience so she managed to stay out of the way of Sara’s “cannons” and closed in where they simply began punching each other at close range where Sara could not use her metal without touching it inadvertently and disintegrating any that fell on Olivia. Ironically Olivia was the one who had to hold back for she wanted Sara by her side and did not want to fight her.

If it was not for Olivia fleeing Sara was sure she would have killed her. Now with her life in ruins and wanted by law enforcement agencies the only thing she has left to keep going is revenge. To this end she adopted the criminal lifestyle deliberately taking jobs that would have gone to Olivia in a bid to ruin the “lifestyle” and reputation her sister had fought so hard to achieve.