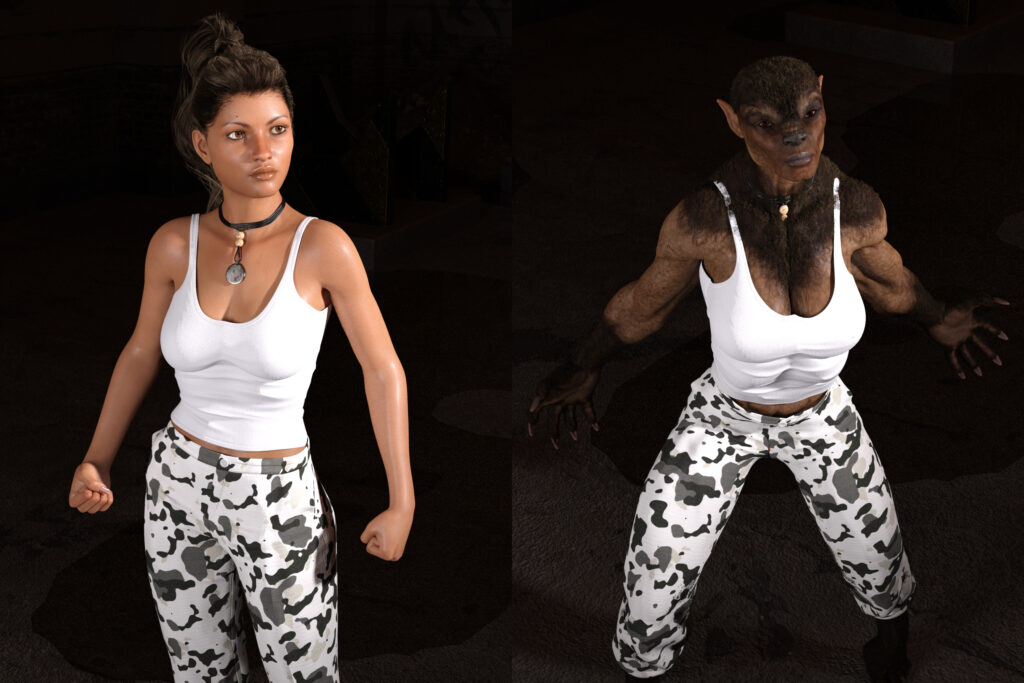 Luisa is the current Alpha of a Pack of Werewolves that was discovered in an abandoned factory five miles south of Europa’s city limits. Being the Alpha meant that its was her duty to deal with outside threats to her group which brought her to the attention of the local police after she attacked trespassers close to the “Den”.

Though guilty of assault the police did not know what to do with her and so CLEA was called in. Under normal circumstances a short spell in jail would have been the appropriate punishment but Luisa warned officers that without her presence there were be no control over the other member of the pack.

They were therefore forced to let her go but chose to put her on the Watch List. Though her criminal actions are all related in keeping the pack safe the offences cannot be ignored. As well as attacking bystanders Luisa has also robbed people and businesses to provide for her people.

Despite all her negative traits inherent with her position she has on occasion actually tried to do the right thing and use her curse for good. She has even helped CLEA identify other more dangerous Werewolves. Her primary concern is for her Pack but she is happy to leave them for short periods to deal with trouble makers since with them gone it helps keep her people safe.